I haven’t lived in Korea long — just long enough to forget that I live in Korea. This presents something of a professional danger, given the supposed subject of so much of my work. But like writing about Los Angeles when I lived there, writing about Korea guarantees me frequent reminders that I do indeed live here. This, in part, inspired me to pitch the idea of a Korea Blog to the LARB just before making the move five years ago: having regularly to consider different topics pertaining to Korea would, in theory, prevent me from retreating into an ersatz West — stocked with Western media, Western food, Western languages, Western friends — of the kind known to entrap Westerners here. It would also record a moment in Korean life, culture, and current events as perceived by one foreigner (and occasionally others) with a persistent interest in the place.

As any workaday foreign correspondent would confirm, these past five years constitute a particularly interesting time to have been in Korea. When I arrived, President Park Geun-hye was being protested, but not at the scale — nor for the reasons — that would ultimately see her deposed. The sinking of the M.V. Sewol in the spring of 2014 remained bitterly fresh in public memory, not least due to the release of documentaries like Cruel State (나쁜 나라); the feature Birthday (생일) would come later. And though Korean cinema already commanded a not inconsiderable fan base around the world, nobody could have imagined the unprecedented breakthrough it would make just a few years later, when Bong Joon-ho’s Parasite (기생층) would win the Palme d’Or and then four Academy Awards, Best Picture included.

Then again, I’d can’t say it wouldn’t have pleased me had the work of Lee Chang-dong, whose Burning (버닝) also contended at Cannes, enjoyed that victory; or even more so, that of Hong Sangsoo. Having put out eight pictures in the time I’ve been living in Korea, the latest being this year’s The Woman Who Ran (도망친 여자), Hong offers me one way of marking my time here, but he also did more than his part to inspire me to dig into Korean cinema, and consequently the Korean language, in the first place. And yes, even after five years of life in Korea and more than a dozen years of study, Korean is still hard. It’s actually become harder, in that every day here reveals more of my own linguistic ignorance — which, to my mind, is half the fun of expatriation.

Nothing I’ve experienced here permits me to countenance the idea of coming without the language. Not that it hasn’t been done: when first I visited Korea, my only culture shock came upon realizing how many long-term Western residents haven’t bothered to learn it. I’ve been thinking through the reasons for that ever since, but all I know for sure is that the prevalence of English in Korea isn’t one of them. Luckily for any foreigner wanting to live here, starting on the Korean language has become easier than ever. The popular language-learning app Duolingo, for instance, added a Korean course in 2017, and the enormous amount of Korean media online offers a wealth of material for reading and listening practice. Despite its questionable English obsession, Korea doesn’t ignore its own language, as institutions like KBS’ quiz show Our Language Battle (우리말 겨루기) attest.

Few incentives to learn Korean could be as compelling as its literature, which in translation has also come to prominence over the past half-decade as never before. The main event has doubtlessly been the 2016 Man Booker International Prize going to Han Kang, author of The Vegetarian (채식주의자), and the book’s English translator Deborah Smith. But more notable literary-cultural developments have followed, such as the controversy over Cho Nam-joo’s everywoman novel Kim Ji-young Born 1982 (82년생 김지영), published this year in Jamie Chang’s English translation, as well as the increasing, and by readers like me appreciated, prominence of outsider novelist-essayist Bae Suah (also translated most often by Smith). Kim Hoon, alas, remains virtually unpublished in English translation, though his body of work does thus constitute sufficient reason to learn Korean by itself.

Whatever its artistic value, none of this, of course, has done as much to shore up Korea’s “soft power” — especially across the rest of Asia — as its pop music and television dramas. These massively popular cultural forms have never sustained my interest, admittedly, though I do appreciate K-pop from the decades before it was K-pop. And I often wonder whether I shouldn’t be making more of an effort to seek out the dramas that have something to say, even if inadvertently, about Korean society. Itaewon Class (이태원 클라쓰), a hit this year for Netflix and local network JTBC, was one such series, and after its run it stayed relevant due to a coronavirus outbreak in the titular Seoul neighborhood it celebrates — another episode of the ongoing pandemic that sent me, as well as more than a few Koreans, back to Camus.

Early this year, Korea looked to the world like a very bad place indeed to be, second only to COVID-19-originating Wuhan. But since the spring, when the virus began making serious inroads into the United States, life here has by comparison felt practically uninterrupted. In recent weeks, however, spiking coronavirus cases across the Seoul metropolitan area have prompted the imposition of more severe of social-distancing restrictions, felt nowhere more acutely than in its drinking establishments. Seoul hasn’t been historically known for its café culture, but the latter’s hyperabundant manifestation in the 21st-century city is one of the biggest draws for my MacBook-toting like. Now, with the capital region’s countless many coffee shops serving only take-out orders into the foreseeable future, I’ve had to find other places to tote it. And those out for an evening drink had better imbibe all they can by the mandated closing hour of nine o’clock.

This has only gone on for a few weeks, but the longer it continues, the more Seoulites will wonder whether their favorite hangouts will make it to 2021. Not that such thoughts are unique to this historical moment: businesses appear in and vanish from this city with such frequency and suddenness that it no longer surprises me to arrive at a place where I’d been a regular only to find a hollow storefront. Without exception, every coffee shop I frequented in my first year here has closed. Pierrot Shopping, Korea’s “New Shopping Paradigm,” has come and gone, and the Haruki Murakami-themed Peter Cat has moved to another neighborhood (from an original location that was, alas, practically next-door to my home). But the rapid and constant changes in Seoul have been remarked upon often enough to have long since passed into the realm of cliché, right alongside “Korea, land of contrasts.”

The better class of English-language writing on Korea, which I’ve tried to feature here whenever possible, doesn’t traffic in such shopworn observations. As unrecognizable as the surface of Korea today would be to 19th-century Western travelers like Percival Lowell and Isabella Bird Bishop, their descriptions still resonate on some with my experiences here. To Westerners now living in and writing about Korea (or anywhere in Asia), there is value in all accounts by those who have come before, whether they were visiting family, walking the length of the country, journeying through its islands and eateries, or working as an after-school academy English teacher, conglomerate car-company PR man, or Catholic priest.  (To Spanish-language readers I recommend novelist Andrés Felipe Solano’s Corea: apuntes desde la cuerda floja.) Any attempt to navigate a foreign society, sufficiently well-recorded, conveys the nature of that society in a way few other subjects do.

All that changes in Korea throws into contrast all that refuses to change. Take the College Scholastic Ability Test, or “Suneung”: though delayed a few weeks, this once-per-year, much more dire equivalent of the SAT was held last Thursday — even, per government promise, for students currently hospitalized. Nor has the pandemic slowed the advance of the Christmas season, signs of which always remind me that I’ve been Korea Blogging for another year. Whatever festivities Seoul can manage as 2020 ends will be more than welcome, as will the festive beverages attending them. As anyone living in a language not their own can tell you, a slightly altered state of mind does wonders for your speaking proficiency. And as long-term expatriates know, only after a few drinks do you once again seriously consider what you’re doing here and why — as well as what you intend to do here next.

Korea in the World and the World in Korea: Selections from the LARB Korea Blog’s Second Year

Revisiting the Late Kevin O’Rourke’s My Korea, a Curious Memoir of a Land that Gets in the Blood 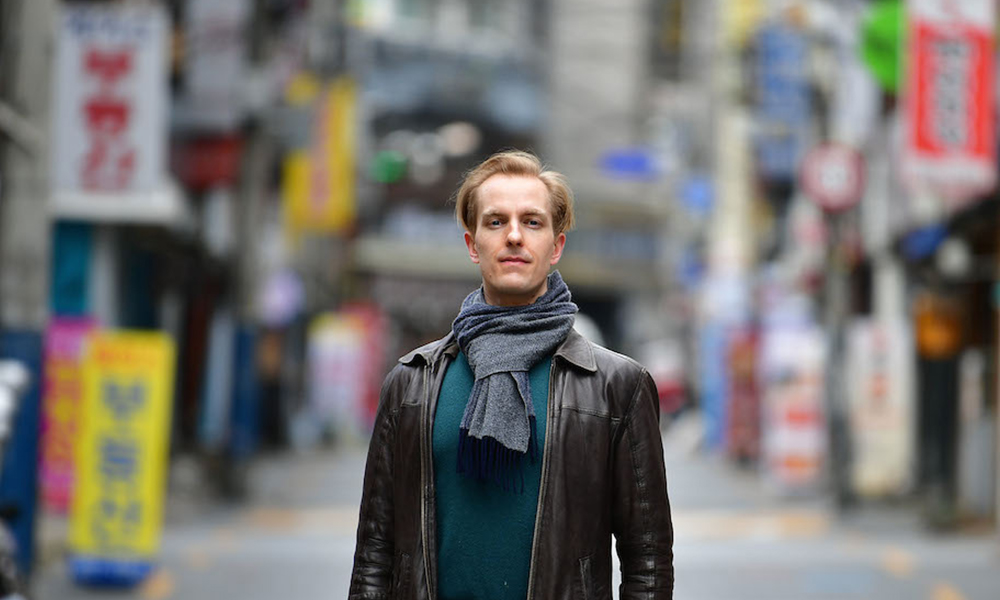