When I first visited Korea, less than three months had passed since the sinking of the MV Sewol. The pall cast by the more than 300 deaths it caused, 250 of the them having been high-school students, showed no sign of even potential abatement. I met up with a film-critic friend and we guessed at how long it would take the Korean film industry to come up with a Sewol-themed major motion picture, and more to the point, who exactly would make it. “I’m afraid it’ll be someone like Kang Je-gyu,” he said, naming the director of technically accomplished but ham-fisted blockbusters like Shiri (쉬리), an ersatz Bruce Willis-type action movie about the hunt for a North Korean assassin, and Korean War drama Taegukgi (태극기 휘날리며). Neither of us, fair to say, had very high hopes.

Five years after the ship sank, the big Sewol film has arrived. Birthday (생일) comes directed not by the likes of Kang but Lee Jong-un, a first-timer with Sewol credentials: she produced 2017’s Friends: Hidden Sorrow (친구들: 숨어있는 슬픔), one of several documentaries about the disaster that have come out so far, and participated in the campaign to fund another, Healing the Wounds with the Sewol Generation (세월호 세대와 함께 상처를 치유하다). Had it been up to me to choose the director for a story based on an event widely seen as the nation’s failure to protect its own children, I might have gone with Lee Chang-dong, whose filmography attests to an interest in the trauma his homeland inflicts on itself through its treatment of young people. But one could see Lee Jong-un, who worked as an assistant director on Lee Chang-dong’s 2010 film Poetry (시) and is now described as his protégé, as the next best thing.

Birthday counts Lee Chang-dong as one if its producers, and on some level feels as if it takes place in his cinematic reality. Starring as Jung-il and Soon-nam, a husband and wife whose teenage son died on the Sewol, are Sol Kyung-gu and Jeon Do-yeon, the former having previously appeared in Lee’s Oasis (오아시스) as a mentally disabled man who falls for a physically disabled woman, and the latter having previously appeared in his Secret Sunshine (밀양) as another mother whose young son is killed. Like her mentor, who shows impressive restraint even when dealing with the most harrowing subject matter, Lee Jong-un doesn’t go overboard — an expression I hesitate to use in this context, but one that fits the fears many must have had about the treatment of the Sewol disaster in a cinematic culture that pushes emotions to melodramatic heights as a matter of course.

In a purely aesthetic sense, then, the ideal director for Birthday might not be Korean at all: I can’t help but wonder what Kore-eda Hirokazu, the most acclaimed Japanese filmmaker alive and one with a large and enthusiastic Korean fan base, would have done with the same material. Kore-eda has returned time and again over the past 25 years to studies of loss and its aftermath, films whose effectiveness owes as much or more to what they leave as to what they include. Though no one, even in Korea, will seriously compare Birthday to the work of Kore-eda, it does possess some of the same kind of power, not least because it shows nothing of the events of April 16, 2014. Unlike many of the other kinds of works that have dealt with the Sewol so far, it also has no apparent political points or diagnoses of deeper societal ills to make. (One of the Sewol documentaries was simply called Bad Country.) 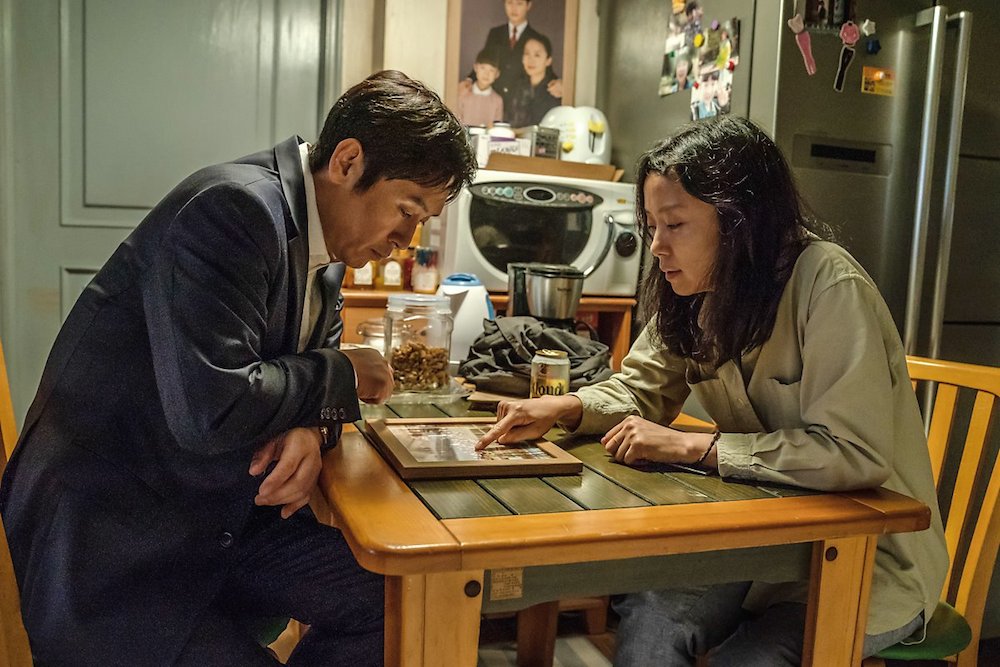 Instead, Birthday tells only the story, as the advertising campaign puts it, “of we who were left behind.” That story begins with the third anniversary of the disaster approaching — an anniversary that coincides with the birthday of Jung-il and Soon-nam’s lost son Su-ho. A local support group offers to throw a kind of birthday party that will also serve as a commemoration of the community’s larger loss, but Soon-nam, who keeps Su-ho’s room exactly as he left it and imagines the activation of a motion-sensing light as a sign of his continuing presence, will have none of it. Not so Jung-il, desperate for a way to relieve the guilt he feels at having been away working in Vietnam (and kept there by charges of corporate negligence) when the Sewol went down.

It will come as no surprise that Su-ho’s birthday party eventually happens, nor that both Jung-il and Soon-nam turn up for it. That the birthday party occupies a large chunk of runtime at the film’s very end will come as even less of a surprise to those familiar with the movies dealing with recent Korean history in the past few years — 1987, I Can Speak, A Taxi Driver, and so on — most of which sooner or later compromise their narrative structures to fixate on one specific event. A fair few Korean reviewers have noted this weakness in these films in general, and in Birthday‘s they’ve even gone so far as to call it boring. But many also come around to recommending that everyone go see it nevertheless, urging them to bring a box of tissues when they do so: Birthday is not only the first Sewol feature film, but also the first full-blown Sewol tearjerker.

I personally found the screening of Birthday I attended, and in particular the long birthday scene itself, to be a cinematic experience like no other I’ve had in Korea, or indeed anywhere else. As Jung-il, Soon-nam, and their borderline-neglected young daughter sat listening to Su-ho’s surviving classmates recall their memories of him, sniffling began spreading here and there in the film as well in the theater. By the time the party came around to a slide show of photographs from Su-ho’s short life followed by a poetry reading by one of his friends, the crying had become a constant element of background noise both on the soundtrack as well as all around me, and so similar did the sobs sound that I could only with concentration identify whether any given sob was coming from the speakers or a nearby seat. For nearly half an hour, a roomful of weeping people watched a screen on which a roomful of people watched a screen and wept.

Nobody who has paid attention to Korean narrative entertainment can deny the popularity of this moist form of catharsis, but foreigners — a group I solely represented in the theater that day — will inevitably wonder why it plays so much better in Korea than outside it. “Jung-il finding Su-ho’s empty passport and silently lamenting the fact his son will never see the world is far more wrenching than when he treks to the airport and publicly begs for a stamp,” writes the Hollywood Reporter‘s Elizabeth Kerr, citing just one example of what may strike audiences more accustomed to the impact of emotions barely held back than emotions fully let out as step too far. Kerr also calls the film’s “hagiography” of the drowned Su-ho (or, as the contact in Soon-nam’s phone calls him, Su-ho Cheonsa, “Angel Su-ho”) as one of its “less successful” elements. That, too, makes me want to see Lee Chang-dong or Kore-eda Hirokazu’s version of Birthday: surely they would’ve made him at least a little bit of a jerk.

Korean Cinema Looks Back at 1987, When Students Died and Democracy Was Born 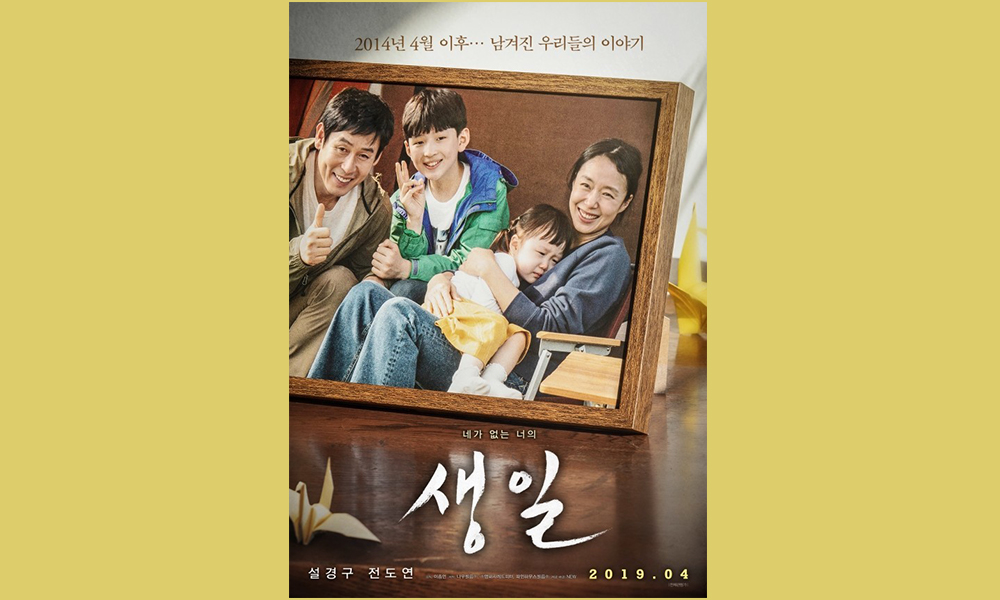