Pet Sounds passed the 50th anniversary of its release about half a year after I moved to Korea. That same day, I later learned, also marked the 50th anniversary of Blonde on Blonde; this year brought that of Sgt. Pepper’s Lonely Hearts Club Band. Despite never having owned any of these iconic albums myself, I know them when I hear them (mostly, these days, at Peter Cat), as, no doubt, do plenty of kids in the West 20 years younger than me. Or at least they know a fair number of their songs, many having developed that familiarity almost inadvertently. Many in their great-grandparents’ generation probably went through a similar process: even if they loathed the then-audacious sounds of the Beach Boys or Bob Dylan or the Beatles, they eventually grew to recognize them, and even, sometimes, to grudgingly appreciate them.

One common reaction to these records’ semicentennials involves lamenting a perceived decline in all the popular music since, a long, slow erosion of craftsmanship and adventurousness perceptible in the comparatively low quality of newer songs’ lyrics, composition, performance, and even recording. Westerners in Korea, given to complaint even in the best of times, must agree and then some, surrounded as they constantly are by the sounds of modern “K-pop,” that synthetic, artificially sweetened, assembly-line-manufactured product of interchangeable (and often indistinguishable) idol singers and the boy bands or girl groups from which they emerge — or at least Westerners in the West might imagine.

When trying to explain the place of K-pop in everyday Korean life, I often talk about gyms. When I work out at the one in my neighborhood in Seoul, I do it to its soundtrack of K-pop, its volume set, typically, a few notches higher than background music in other countries. (Even the gym itself, part of a national chain, has its own K-pop-style theme song, played at 8:00 every evening while its staff of uniformed trainers marches around the weights and through the treadmills greeting every member individually.) When I worked out back in America, no matter when or where, I did to a soundtrack of “classic rock,” an FM radio format that, like the current K-pop playlists in Korea, doesn’t thrill anyone excited with its curatorial genius, but doesn’t draw any complaints either.

While no American can quite articulate the aesthetic parameters of classic rock, least of all those in charge (if anyone) of the radio stations that play it, every American knows what to expect on the playlist: “Highway to Hell,” “Don’t Stop Believin’,” “Hot Blooded,” “Sweet Child O’ Mine,” “Hotel California,” and hundreds of other outwardly brash, even anthemic songs long since neutralized through sheer repetition. You don’t hear much classic rock in Korea, but K-pop plays the same sonic role in the same spaces: not just gyms but casual restaurants, non-grocery stores, garages, real-estate offices. Or maybe that last just goes for Korea, as does the mounting of speakers outside as well as inside these establishments, as if to draw potential customers in from the sidewalk with their K-pop siren song.

Just like classic rock, you could argue about whether or not K-pop counts as a coherent musical genre. “’K-pop’ is a generic term that means absolutely nothing more than ‘popular music of Korea,’” argues the blogger behind Ask a Korean. “If you ever thought about the term ‘K-pop’ rigorously, and thought hard about the kinds of music and the kinds of artists the term covers, you will find that it cannot possibly denote a genre or a style. No one disputes that IU, BTS and FT Island” — all currently successful performers in the apparently initials-heavy Korean mainstream — “are ‘K-pop artists,’ but musically, they share nothing in common. IU sings mostly standard pop, BTS performs mostly hip hop numbers, and FT Island, light rock. The commonality among IU, BTS and FT Island is not, and cannot be, music. Their only commonality is that they all perform popular music of Korea.”

The Korean lays out his argument clearly, lead though it can to fairly absurd applications of the word “pop” to Korean artists whose actual style of music — punk, say — few English-speakers would ever label with that term. But as anywhere, and especially so in the case of classic rock, the exceptions are what keep things interesting. All throughout my American workouts I hoped to catch the rare cut whichever classic-rock station the gym saw fit to tune in would play by Steely Dan, a band whose literary and cultural-reference filled lyrics, jazz-derived compositional techniques, use of a veritable army of hired-gun studio musicians, and obsessive, intricate studio craftsmanship has always divided opinion, not just pertaining to their music’s goodness or badness but to whether it counts as rock at all. 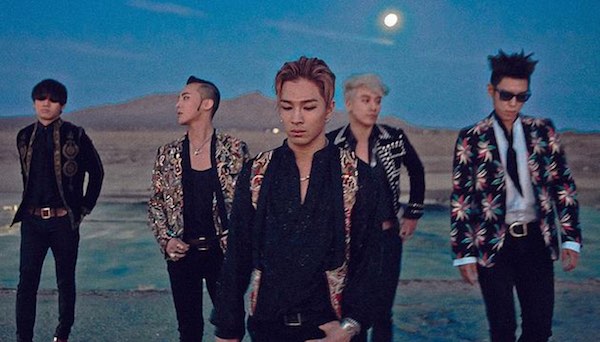 The recent death of Walter Becker, co-mastermind with Donald Fagen of the Steely Dan enterprise, has brought quite a bit of material back into circulation, including a 1977 Rolling Stone profile written just after the release of their album Aja by a young Cameron Crowe. “These days most pop critics, you know, are mainly interested in the amount of energy that is… obvious on record,” Crowe quotes Fagen as saying. “This is primitive rock and roll energy. People who are mainly Rolling Stones fans and people who like punk rock, stuff like that… a lot of them aren’t interested at all in what we have to do.” In fact, one popular-music historical narrative, pushed by Rolling Stone among others, holds that the perfectionistic “excesses” of not just Steely Dan but the unrelated progressive rock movement (Emerson, Lake, and Palmer, say, or Yes, who turned radio-friendly in the 80s and thus remain a classic-rock mainstay today) eventually made the stripped-down destructiveness of punk necessary, even inevitable.

Today, with nearly the entire history of recorded sound available at a few keystrokes, the idea of one musical aesthetic rising up to rebel against and defeat a dominant other sounds quaint, even quainter than it did back in the early 2000s when I started listening to Steely Dan in high school (an era I capped off by sneaking off to buy their final album on a lunch break days before graduation). Their music first appealed to me for any number of reasons, not least because they sounded nothing like the rock bands popular at that time, with all their naked expressions of emotion, usually some kind of rage or despair, that I found so endlessly embarrassing.

An earlier musical death this past summer took me, briefly, back to that time: “Linkin Park’s sound — a convulsive and visceral synthesis of rock, rap, and industrial music — feels like a curious relic of some long-ago era,” writes the New Yorker‘s Amanda Petrusich in memory that enormously successful band’s lead singer Chester Bennington, an artist “fuelled by a deep and otherwise unarticulated anguish.” As little time as I had for anguish-rock even as a teenager, a chapter of life when (to my great resentment) everyone expects angst of you, I now look back and appreciate the fact that it gave me a contrasting musical background to listen to acts like Steely Dan against.

America still has huge pop stars, of course, or at least pop stars as huge as they can get in an ever-narrowing mainstream. (For all performers like Beyoncé and Taylor Swift supposedly ruled the pop world in the last few years I lived in America, I can’t call a chorus of any of their songs, or even a title, to mind.) But new Western pop, though you wouldn’t necessarily know it from the limited selection played in the coffee shops of Seoul, consisting these days of Justin Bieber songs, Ed Sheeran songs, and Justin Bieber songs written by Ed Sheeran, has vastly diversified over the past fifteen years, expanding to suit most imaginable tastes. Take the deep-rootedly retro yet experimentally edged, jokingly obscurantist yet ultimately earnest music of a Toro y Moi or a Neon Indian: I would gladly listen to it all day long, but I suspect something about the lack of urgency at its core, its awareness of its own limited cultural impact — the opposite of what you hear on a Pet Sounds or a Sgt. Pepper — would get to me before long.

Listening to K-pop, which I seldom do voluntarily, presents the opposite problem: I may find it focus-group bland on both the aesthetic and intellectual levels (even when compared to Japan’s “J-pop,” which at least makes the occasional unexpected compositional move or bizarre choice in presentation), but on the other hand, its very inescapability makes it relevant indeed. “Good Vibrations” or “All You Need Is Love” would have set a certain tone for life in the West of the late 1960s. By the same token, the current K-pop hit singles, few of which I can name myself but which a surprising cross-section of then Korean population can demonstrate working knowledge, set a tone for life in Korea of the late 2010s, a society still often compared to America in the 1950s or early 1960s, quite possibly as a result of the fact that so many of its members still receive the same cultural messages at the same time.

Of the many lessons learned from living in Korea, one of the most surprising is the extent to which I enjoy a monoculture dominated by music I don’t particularly enjoy more than a fragmented one filled with music I do. (This goes as well for other areas of life conducted in the “Korean way,” which, unreasonable thought it may sometimes seem, is, at least, a way.) Steely Dan may have come to an end as a going concern with the death of Walter Becker, but their music will always exist, and for that I remain thankful. But sometimes I wonder if existence — and ever-increasing accessibility — is enough; I wonder if I wouldn’t rather live in an era when, as manager Irving Azoff could say to Crowe in his Rolling Stone article, “Think of the biggest American supergroups. Fleetwood Mac. The Eagles, Chicago… and Steely Dan. Everybody knows Steely Dan.”

Or everybody felt they should know Steely Dan, anyway, just as more Koreans than you might imagine now feel they should be able to sing at least a few recent K-pop hits whenever they find themselves, as often they do, at a noraebang (literally, “song room”) with a karaoke-machine microphone in hand. My own noraebang repertoire includes mostly songs from the 1970s and 80s, Korean as well as Western, and I had my finest hour when I found Aja‘s title track in the system of such place toward the end of a long evening — or at least it may have felt like an hour to everyone else there, given the length of that song’s instrumental bridge that surprised even me. Maybe I should learn something shorter, like “I Just Wasn’t Made for These Times.” 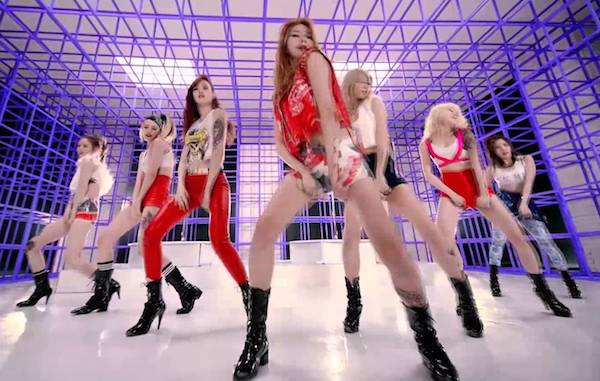