The past year, the Los Angeles Review of Books Korea Blog’s second, has proven eventful not just within Korea but in the relationship between Korea and the rest of the world. Not, of course, that many casual Korea observers elsewhere in the world can tune in much signal through the noise projected, at an ever-louder volume, by the northern half of the peninsula. What better way to look past the attention-seizing missile tests, lurid salvos of propaganda, flamboyant acts of internecine violence, and increasingly bad haircuts than to revisit Coréennes, French filmmaker Chris Marker’s photobook of his 1957 trip to North Korea, a place he then thought “worthy of being called the politest country in the world?”

When we featured Coréennes in February, it set something of an international tone for this year on the Korea Blog, although the previous December we’d already examined the potential for a vision of a Koreanized future promised by Blade Runner 2049. At that time, Dennis Villeneuve’s long-awaited sequel to Ridley Scott’s enormously influential Philip K. Dick-adapting dystopian sci-fi masterpiece had only just put out its first trailer. Now it has been in worldwide release for about two months, ample time to draw the first round of verdicts, almost all of them ecstatically positive — certainly more so than the jeers the first theatrical release of Scott’s Blade Runner received 35 years ago.

As well as better reviews than the original, Blade Runner 2049 brought in far greater box-office returns, yet still somehow ran afoul of the Hollywood number-crunching machine that ultimately deemed it a financial disappointment. This despite a rich and wide-ranging marketing push that certainly didn’t go unnoticed here in Korea, where the movie’s ad campaign was nearly as visible in Seoul as that of the Korean translation of this year’s new Haruki Murakami novel Killing Commendatore (騎士団長殺し in Japan, 기사단장 죽이기 here). As always, Korea got the book well before the English-speaking world, but, as we noted in a post on the considerable selection of Murakami books published as far as Korea but not as far as West, at least the English-speaking world will get to read it some day.

Despite a boycott from all three of Korea’s major movie-theater chains, Bong Joon-ho’s Okja still managed to make its mark on the domestic box-office rankings this past summer. They didn’t like the idea of the film coming available to stream on Netflix, which produced it, at the same time as its theatrical release. And though it does stand as an intriguing proof of concept of an unusual studio and distribution scheme, the core of its interest — as least as we saw it here on the Korea Blog — has more to do with what it attempts at truly cross-cultural collaboration, being not just set and shot in both Korea and America but created by both Koreans and Westerners, writers and actors included. It even designs some some of its humor to be maximally appreciated by only those viewers familiar with the cultures on both sides of the ocean.

Okja has its criticizable points, including political heavy-handedness (a vice not exactly absent from the rest of Bong’s filmography) and a few awkward performances, but it will no doubt age better than Western Avenue, Korean cinema treatment of the 1992 Los Angeles riots, the 25th anniversary of which passed this year. Still, both that near-parodically bleak film and LA Arirang, the lighthearted Korean sitcom about life in Los Angeles that premiered a couple years later, remain telling records of certain perceptions once held here, and to a certain degree still held here, about the promise and peril of the distant land whose name in the Korean language means, literally, “Beautiful Country.”

Though Korean has its own word for America, it has also borrowed quite a few words from the American lexicon: not just English-language terms, but ones characteristic of English as used specifically in America. Often the ones that catch on here in Korea have long since faded out in the United States these days: synergy, paradigm, netizen, and know-how, to name just a few we featured on the Korea Blog in May. Yet despite Korea’s distinctively close (and, so it tends to look, unhealthily close) relationship to the America, not all things beloved and Western in Korea are American: generations of students, for instance, have had their adolescent minds blown by Hermann Hesse’s Demian, a book that by now speaks more to modern Korean culture than that of the early 20th-century Germany in which Hesse wrote it.

But Korea has sent and continues to send books Westward as well, recently including the work of such hugely popular figures as Haemin Sunim, a fresh-faced Buddhist monk and prolific tweeter whose digital dispatches of motivational zen wisdom now come on paper and in English as well. This in addition to a body of literature increasingly available in translation: Charles Montgomery wrote up a brief primer on where to start reading Korean fiction in English at the beginning of this year, and his other work on the Korea Blog has covered, among other subjects, Korean literature under Japanese occupation, the social tragedies of the country’s “economic miracle,” writing during wartime, Korean postmodernism, and the directions in which current writers have taken things. Some of those last, like Jo Jung-rae and Jeon Sungtae, have brought their Korean characters into the wider world.

Year two also saw the run of a six-part series by Stefano Young, part of a book in progress about his experience marrying into a Korean family, which (as many Westerners who have done the same may or may not have realized beforehand) also means marrying into Korean culture. For him, it has also entailed slamming down soju, getting naked before rooms full of middle-aged men, spending entire days in a labyrinthine department store, and sleeping at a “love hotel”… by himself. Right here on the LARB’s Korea Blog, it seems, we have the makings of a Lost in Seoul for the Korea of the 21st century — a place that will certainly have more surprises in store for us all throughout year ahead. 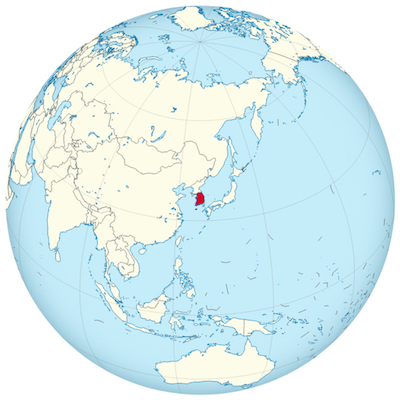