Dropping into a recent gathering at an expatriate-oriented wine shop in Seoul, I met an American couple quite different from the countrymen I normally encounter here: not only were they born, raised, and married in Texas, they’d come to Korea together for one year and one year only. The engineer husband’s employer, a certain electronics giant called Samsung, had brought him over from their research-and-development center back in Austin to put in some time at their home base. This left the wife, a schoolteacher, free to spend her days exploring city and country. Halfway into their year here, they reported that they found Korea a much more congenial place than they’d imagined.

Such short-term expats, those who arrive with a fixed return date and little to no previous experience or knowledge of Korea, typically have questions for those of us with more of an investment in the country. But I find I enjoy hearing their impressions more than conveying my own, since they’ve known the kind of culture shock that, having studied the Korean language and lived in Los Angeles’s Koreatown for years before moving here, I never could have. So did Frank Ahrens, the author of Seoul Man, a Westerner-in-Korea memoir that my chat with the amiable Texans reminded me I’d missed when first it came out.

Subtitled A Memoir of Cars, Culture, Crisis, and Unexpected Hilarity Inside a Korean Corporate Titan, the book tells of Ahrens’s stint as a public relations director at Hyundai Motors between 2010 and 2013. He took the job after 18 years as a journalist at the Washington Post, a career move prompted both by his Foreign Service-employed wife’s Seoul posting and the bleak future of the newspaper industry evident in the very business stories he’d been reporting. About South Korea they went in knowing, he writes, “little more than most Americans do: it’s the most wired nation on earth, the kids are ultrahigh academic achievers, and they eat kimchi.”

A native West Virginian living abroad for the first time in middle age, Ahrens portrays himself almost as a parody of the white American in east Asia: sizable, loud, opinionated, monoglot, devoutly Christian, hooked on sports talk and diet soda, instinctively defensive of the concept of freedom, and unsatisfied with both the taste and portions of the local cuisine. (For lunch he drives “to the closest Subway or Outback Steakhouse or Tony Roma’s.”) He also exhibits the American habit of lavishing praise on his own wife, the daughter of immigrants from New Zealand, who in turn describes him as an “America bomb.” The two lived on the U.S. military base at Yongsan (now deep in the process of relocating out of Seoul), with its incongruously low-rise, yard-fronted housing arranged to replicate “the kind of quiet, pleasant, tree-lined streets that once populated the suburban American imagination.”

Perhaps “culture shock” is excessive as a description of Ahrens’s Korea experience, at least at home (or the nearby food court, whose offerings include “Subway, Burger King, Starbucks, Taco Bell, and so on”). The real impact came at Hyundai Motors, with its “Eastern, harmonious, formal workplace culture” all day and its soju-soaked team dinners, challenging to the pious Westerner in not just its “excessive drinking but the shattering of the boundary between professional and personal lives,” grinding long into the night. South Korea, as he then saw it, “existed thirty or so years in the future, where things are cleaner and more orderly, the way Japan used to seem,” and indeed, the collision of his relatively freewheeling, back-slapping professional ways with those of the such a classically hierarchical, buttoned-up east Asian corporation read much like the bestsellers displaced American executives wrote back then — Banzai Business: How I Learned the Secrets of Japanese Management and Had Fun Along the Way, that sort of thing.

Seoul Man also aligns with more recent trends in the memoir form by drawing an explicit analogy between global matters and personal ones, even pulling off a hat trick with the framing device of a midlife crisis: a midlife crisis for Korea, which, having risen so quickly from dire poverty, had begun looking to go from middle-income imitator to high-income innovator; a midlife crisis for Hyundai, which had taken its brand from international punchline to international competitor and sought to raise its status up again to the level of a Toyota and Volkswagen; and a midlife crisis for Ahrens himself, who had, in a matter of years, to make the transition from “aging #YOLO bachelor” in Washington, D.C. to Asia-based company man — and later, family man.

The transition didn’t go smoothly. “Where I was in life, I was as comfortable as a worn recliner,” he writes of his pre-Korea self. “I liked my America and my conveniences. I liked being able to easily drive to a football game at my alma mater and get a satisfyingly large diet soda beverage — with ice — nearly every mile along the way, happily ensconced in my satellite radio-equipped, fairly taxed, cheap-gas-drinking car.” Transplanted, he identifies in his own reactions to Korea, and especially its idiosyncratic usage of his native language, a “belief that America is the industry standard for the world. Not just for English but in everything: politics, power, sports, entertainment, finance, you name it. It’s America’s world and everyone else is just playing in it. It didn’t take long living on the far side of the world to disabuse me of this notion.”

Ahrens’s other American notions go less rigorously examined: interacting with the various non-Americans encountered on the job both in Korea and around the world, he found himself forced to hone the skill of “deftly moving on when one of them would say something shockingly racist.” When he brought these encounters up to his colleagues in Seoul, “some would invariably respond: Americans are so hypocritical. You think the same things, but you just don’t say them. My response to that was: That may be true, but there is a value in not saying a toxic thing, even if you may believe it. Saying it gives others license to say it, too, perpetuating the evil.” My own time living abroad has showed me how this sort of attitude, with its readiness to moralize so starkly about matters of speech, makes Americans by far the most difficult Westerners with whom to communicate.

I might underscore that I say all this as an American myself, albeit one who, unlike Ahrens, doesn’t much like his America, nor does he find it convenient. On trips back it has become increasingly difficult to look past the squalor and disorder of nonetheless expensive American cities, especially in comparison to a place like Seoul (much less any city in Japan, a country I visit more often), and the bizarre complacency it implies on the part of the most successful nation the world has ever known. But just as much of it may have to do with a sense of belonging, or a lack thereof. Long-term American expatriates, I sense, never quite felt comfortable in the homeland in the first place; someone like me, routinely taken for a non-American even in America, might just as well live in a small foreign ethno-state on the other side of the Pacific Ocean, especially if its infrastructure, as Ahrens puts it, “is not yet facing a breakdown.”

But Ahrens’s sheer American-ness also allows him to clearly identify some of the broad negatives of Korean society, such as its potential-squandering emphasis on unthinking, undifferentiated competition and its embarrassing new-money vulgarity — both arguably elements of the legacy of the hulking conglomerates, Hyundai included, that brought the country into the developed world in the 20th century. But like so many term-limited expats, he doesn’t have to reckon too seriously with these conditions: the very shape of his memoir (not to mentioned his panicked stockpiling of American products from the commissary as soon as he finds out he’ll have to move off the base) suggests that he thought of his return to the United States as a foregone conclusion. Though it inevitably happens, it does so with complications, including the sacrifice of his wife’s long-dreamed-of Foreign Service career.

Still, having adapted just well enough to Korean corporate culture (and Korean culture more generally) to make a go of it and even do Hyundai proud in the end, he did spend a year longer at the company, and thus in Korea, than he’d originally intended. That’s a common turn in the last few generations of expat stories in Korea, major or minor — the intended year or two somehow becomes five or ten, which local marriage and family can turn into a lifetime — a fact that partially explains the strikingly large population of resident Westerners here with poor Korean language skills and even worse attitudes. But as more Westerners have arrived with a pre-existing interest in Korea, those stories will change. If they do, Ahrens’s may well turn out to be the last pure memoir of a culture-shocked American in Korea — or if not that, then the last, one hopes, to be titled with a Seoul-soul pun.

Based in Seoul, Colin Marshall hosts the Korean-language podcast콜린의 한국 (Colin’s Korea) and is at work on a book called The Stateless City: a Walk through 21st-Century Los Angeles. You can follow him at his web site, on Twitter @colinmarshall, or on Facebook. 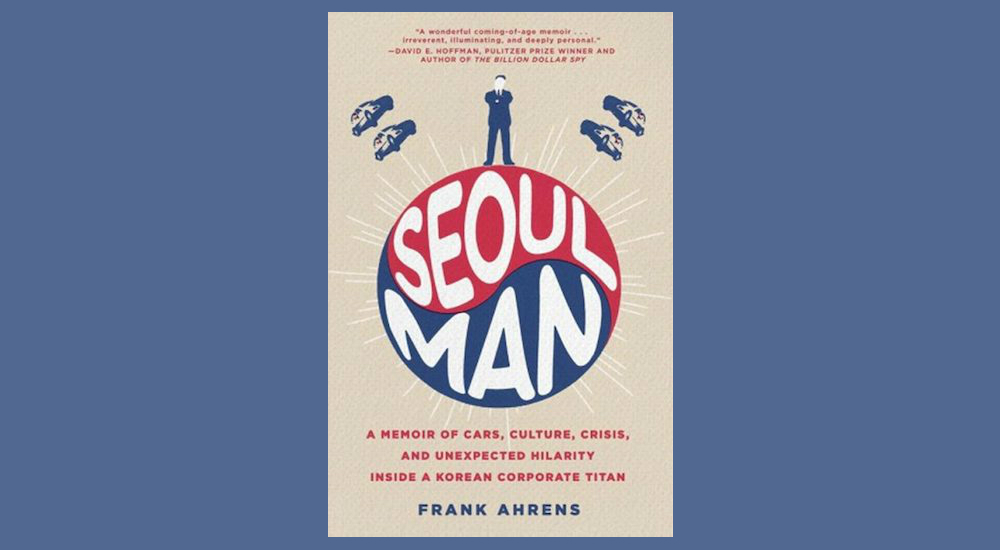