Ask Seoulites in their twenties and thirties where they shop, and much of the time you’ll get an answer along the lines of, “I buy everything online.” The density of every kind of store here in the capital seems exceeded only by the popularity of avoiding stores entirely by buying things online. You can’t argue with the convenience: food ordered on the internet arrives within the hour — or within a fraction of the hour — and same-day delivery delivery can be arranged for most everything else. This trend has begun put a fair few legacy retailers in tight spots, and the industry as a whole has found itself in search of a fresh way to appeal to the cohort that in America would be called (and in Korea is increasingly called) the Millennials. Enter a chain that has announced itself loudly, in every sense of the word, as Korea’s “New Shopping Paradigm“: Pierrot Shopping.

Since opening its first location last summer in the mall at Coex, Gangnam’s big convention center, Pierrot Shopping has also begun pumping out its brand-making farrago of color and sound from a couple other locations around Seoul as well, with more already under construction. If you happen to get near one of them, its surrounding advertising blitz — including but not limited to flapping wind-sock figures and animations looping on wall-covering video screens — won’t let you remain ignorant of that fact. “It sells luxury brands but it’s not a department store,” announces one billboard-sized notice at Coex. “It sells adult products but it’s not an adult shop. It sells makeup, colored contact lenses, perfume, body and hair products, diet foods, and health products but, regrettably, it’s not a drugstore. It sells products for dogs, but people are more welcome.” What, then, is Pierrot Shopping? Only the place’s physical reality can offer an answer. Or if not an answer, then it can at least offer an experience, and one unavailable in the digital realm at that. Launched as a “retail experiment” by the Shinsaegae department store group — owners of the omnipresent E-Mart, a sort of higher-class, larger-scale Target — Pierrot Shopping deliberately inverts the principles of traditional retail, putting “chaos before order,” “story before products,” and “fun before shopping.” Where an internet retailer might pride itself on the speed and ease with which it allows customers to find the products they want, Pierrot Shopping defies its customers even to locate any item in particular: “You won’t know where anything is, but welcome anyway!” say the banners hung all around, and the back of every employee’s t-shirt warns shoppers that “I don’t know where that is either.” Maps here and there identify which categories of products are stocked in which section of the store, but to consult them is to miss the point.

Each Pierrot Shopping location stocks a constantly changing selection of more than 40,000 items, so the promotional materials promise, and I can come up with no reason to doubt that figure. But despite having made multiple visits to both the store at Coex and the one below Dongdaemun’s Doosan Tower, better known as Doota, I still can’t say with confidence that I’ve seen all or even most of what they have to offer. Along the narrow aisles, laid out in a mazelike fashion, one passes handbags, liquor, hangover cures, rice cookers, ramen, surfboards, action figures, e-cigarettes, dust masks (for Seoul’s bad air days), and a variety of imported snack foods. “No need to go to Japan. It’s here too!” says a sign hanging above that last section, one of the countless many — in addition to video screens small and large — piling mercilessly on to the visual overstimulation already induced by the products themselves. (This even as a series of jingles consisting mostly of the words “Pierrot” and “Shopping” play over and over on the sound system.) Whether paper or electronic, all these materials feature a cast of four clowns — made up in the commedia dell’arte manner that gives the store its name — created by the design firm engaged to craft the Pierrot Shopping experience. The creation of such a lineup of mascot characters, like the Kakao Friends or the Sticky Monsters, has become almost standard practice for brands created in Korea. One of the Pierrot Shopping clowns is named Michael, incidentally, and another Jackson, but they sing only the praises of the ostensibly unbelievable affordability of their store’s merchandise. “Is this a price a myth?” they marvel. “Cheaper than the internet?” Not much cheaper than the internet, some journalists have found, and sometimes not cheaper than the internet at all. It seems that the store’s early marketing push, which pitches it as a “discount amusement store,” has somewhat oversold the “discount” part.

Anyone who enjoys the element of chance in shopping, though, will certainly find some amusement. By its operators’ own admission, Pierrot Shopping replicates in Korea the concept of (or in Konglish, “benchmarks”) the mighty Japanese discount store Don Quijote, and if it can’t quite match Don Quijote’s famously low prices, it at least triples down on Don Quijote’s famous garishness. Thus Pierrot Shopping joins the long lineup of Korean things that are actually just Korean versions of foreign things, though in this case the Koreanization process has produced such unexpected features as smoking rooms made to look like cars on the Seoul subway and, behind sliding electronic doors, fully stocked sex toy shops. Just a decade or two ago that last would have sounded like an unfathomable prospect anywhere reputable in Korea, but in recent years adult retail has become a highly visible industry, one whose larger chain stores, brightly lit and broad-windowed, draw in couples day and night. Though I kept my camera out of sight in that particular section, I ended up taking hundreds of pictures on the rest of my wanderings through Pierrot Shopping, not just because of the high level of visual stimulation available in every direction but because I knew I’d never be able to remember what was on the shelves without photographic documentation. Like many recently designed environments in Korea, Pierrot Shopping clearly have Instagrammabilty in mind, and visitors have in turn Instagrammed maximally. Some of those quoted in the coverage of the store have said that it feels Japanese — even too Japanese — and my experience bears that out, at least insofar as both it and Japan send me into a dream-like state of pure receptivity, one without a goal or even a clear path. (The streets of Seoul outside, by contrast, tend to demand I at least pretend to know where I’m going.)

No clearer is the question of whether this kind of actively disorienting retail has a future, though the Pierrot Shopping locations I’ve seen stay busy even on weekday afternoons. A big part of the demographic seems to be Koreans looking for cheap products from other Asian countries, but a not-insignificant fraction consists of people from other Asian countries come to do their shopping in Korea. (In that respect Doota makes for a particularly astute choice of location, given that one hears as much Chinese and Japanese spoken there as Korean. Pierrot Shopping’s signs acknowledge the makeup of the clientele there with not just occasional Chinese and Japanese text, but Chinese and Japanese phrases rendered with deliberate clumsiness in Korean script.) For all the enjoyment I’ve had walking through its aisles, though, I have yet to actually find anything to buy in them. But then, I’ve heard tell that a grocery store I used to frequent here in my neighborhood, recently shuttered and now gutted, will soon reopen as Pierrot Shopping’s next location. In the end, one senses, the clowns will have their way. 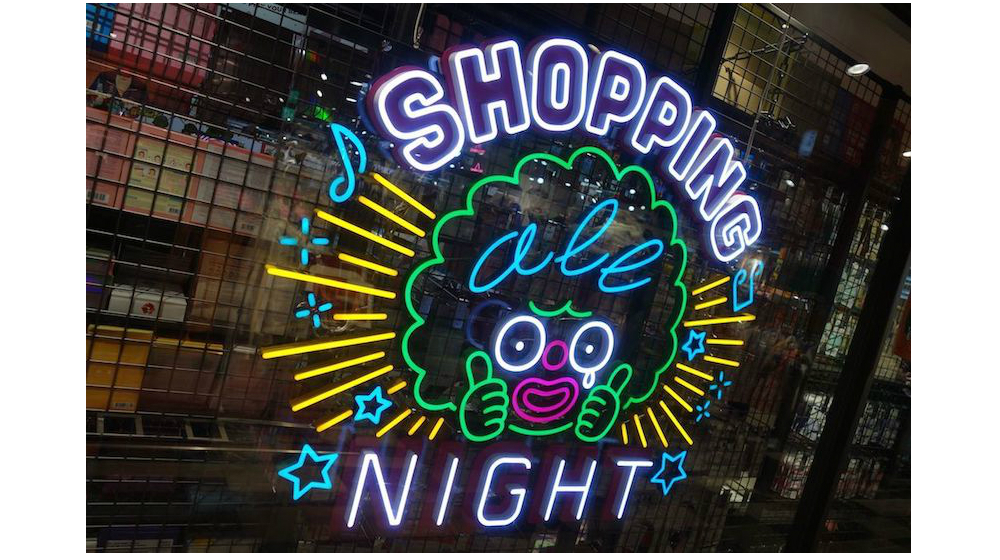