From time to time since the 1960s, South Korea and North Korea have blared propaganda at one another through hulking stacks of loudspeakers aimed into the Demilitarized Zone. These border blasters came down in 2018, during a period of thaw in North-South relations, but in the years leading up to that point the mutual sonic provocation had become unusually aggressive. This provided fodder to many an odd-news corner in the West, which seized especially upon the fact that the South had been mixing K-pop songs in with its denunciations of the Kim Jong Un regime. “Now, they haven’t said exactly what music they’ve been playing, but I hope it’s some of the better K-pop stuff,” said comedian-commentator John Oliver on a 2015 broadcast of his show Last Week Tonight. As examples he rattled off names surely unfamiliar to most HBO viewers at home: Uhm Jung-hwa, Jo Sung-mo, TVXQ, Neon Bunny.

How avidly Oliver really listens Korean music isn’t clear, though he did heap praise last year on a member of boy-band BTS, the highest-profile pop singers ever to come out of this country. “It’s frankly shame-inducing that K-pop has produced him, while American pop fans are stuck with Adam Levine,” said Oliver (undiminished though Korea’s own enthusiasm seems for the likes of Maroon 5). Just this month, BTS chalked up a couple more achievements that attest to their rise in the global zeitgeist: a performance at the Grammy Awards, followed by a report in the Onion in which they thank the “Horrifyingly Exploitative System That Got Them Where They Are Today.” The latter purports to quote one of the BTS boys expressing the group’s “heartfelt appreciation to the corporations and shareholders who never gave up on draining us of all personality and remaking us us into easily interchangeable commercial objects.”

BTS’s vast self-described “ARMY” of fans, a demographic not known for its sense of irony, took great exception to this bit of satire, and not wholly without cause. Among successful K-pop boy-bands and girl-groups, one could indeed find much clearer-cut examples of standardized industrial production. But the article nevertheless reflects a persistent distaste felt by many Western holdouts against the “Korean wave”: while the United States of America may have invented the pop star all but genetically engineered to meet consumer demand, Korea appears — as with other adopted foreign practices — to have taken it too far. And as has been argued elsewhere, Korea’s hit machine absorbs so great an amount of resources financial, cultural, and attentional within the country that other kinds of music, even other kinds of pop music, go begging. Or in the case of performers like Neon Bunny, one of Oliver’s picks, they go crowdfunding.

Neon Bunny (야광토끼) isn’t a band but a solo act, a 38-year-old singer-songwriter-producer named Lim Yoo-jin who’s put out three albums so far. Her most recent, Kosmos, came out last month, the fruit of labors that began with a campaign on the Kickstarter-like crowdfunding platform Tumblbug. Its predecessors seem to have been more or less equally D.I.Y. productions, one quality that has endeared her to Western listeners, susceptible as we are to signals of artisanal “authenticity.” Over the past 15 years, in scenes all over the world, such small-scale production has converged with the lush, large-scale sounds made possible by consumer synthesizers and other electronic-music technologies. Neon Bunny stands squarely in that convergence; soon after releasing her debut album in 2011, she drew acclaim as a maker of “bedroom pop,” “synth-pop,” and/or “electro-pop” by Vice, Pitchfork, and other Western outlets invested in these trends. 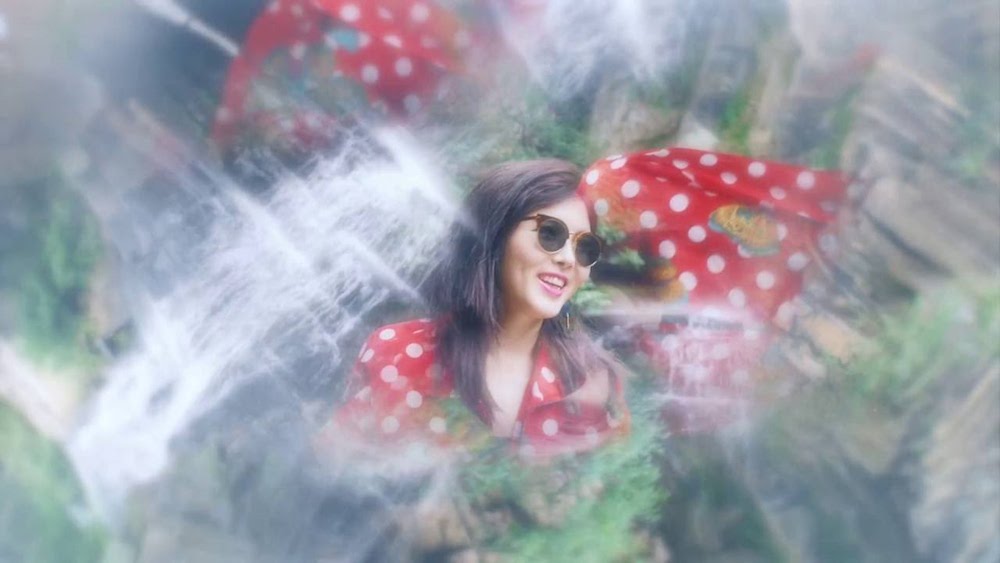 As Lim has explained, the title of that debut, Seoulight, is a double reference: to the light of Seoul, but also to the state of being a “Seoulite.” The city, she said during a 2012 performance on EBS television, “feels like a warm man who’s always waiting for me.” But to appreciate his warmth, it seems she had to spend time away: the early 2000s, specifically, when she lived in Boston to study jazz piano at the Berklee College of Music. This strikes a somehow dispiriting note in her biography, as it does in those of the surprisingly many Korean cultural figures who undergo education abroad, and especially in the West, as not just a perk but a near-absolute requirement. (This isn’t so much the case in, for example, Japan, where music, film, architecture, and other cultures besides feel that much more homegrown as a result.)

But if not for her Berklee sojourn, Lim may never have become Neon Bunny. There she found her way into the East Coast D.I.Y. music scene and connected with fellow Korean musician Jo Hyu-il, an indie rocker who would go on to perform under the banner of The Black Skirts (검정치마). As The Black Skirts’ keyboard player back in the homeland, Im also founded a Seoul arts collective called Doggyrich, showing the kind of self-motivation needed to launch a solo career outside the mainstream in Korea, and even more so to sustain it. Four years after following Seoulight up with the EP Happy Ending she released Stay Gold, an album even more deeply rooted in the South Korean capital — though it many not be nearby Tokyo, as she sings on the opener “Romance in Seoul,” nor splendid London, nor New York with its tall buildings.

This despite the fact that New York has fewer tall buildings than Seoul, which the following track’s title calls a “Forest of Skyscrapers.” That song comes with a psychedlic cyberpunk music video, but its visuals are rendered superfluous by the enveloping sound world created on the album itself. (Not that I was displeased by the fragmentary views of Seoul in the video for “It’s You,” including a glimpse of the now-vanished KrissKo, home of the West Coast “Taco.”) Seoulight and Happy Ending are more than competent records, to be sure, and they came as water in the desert to many Westerners with an ear on Korean pop music, but on them Stay Gold marks an astonishing sonic enrichment. This owes its many interwoven electronic layers, of course, but also to elements drawn from less likely sources, such as the gayageum, a traditional Korean stringed instrument, heard on “Romance in Seoul.”

Stay Gold leaves no doubt as to where in the world it comes from. One instrumental, “Bugaksanlo” (북악산로), is named for a winding mountain road in the north of Seoul. (The closest Los Angeles equivalent would be Mulholland Drive.) Nearly all its lyrics are in Korean, apart from the occasional English chorus, which makes for a welcome contrast to the tendencies of K-pop today. Though I’ll never be a member of the BTS ARMY, I have nothing but respect for the group’s achievement of scoring stateside hits while singing in their own language. But “Dynamite,” the currently inescapable number they performed at the Grammys, is 100 percent English, an unwelcome development to my ear however catchy the music. And not only was the song written without the band members’ participation — unusual, in BTS’ process — it was commissioned from a pair of English songwriters. 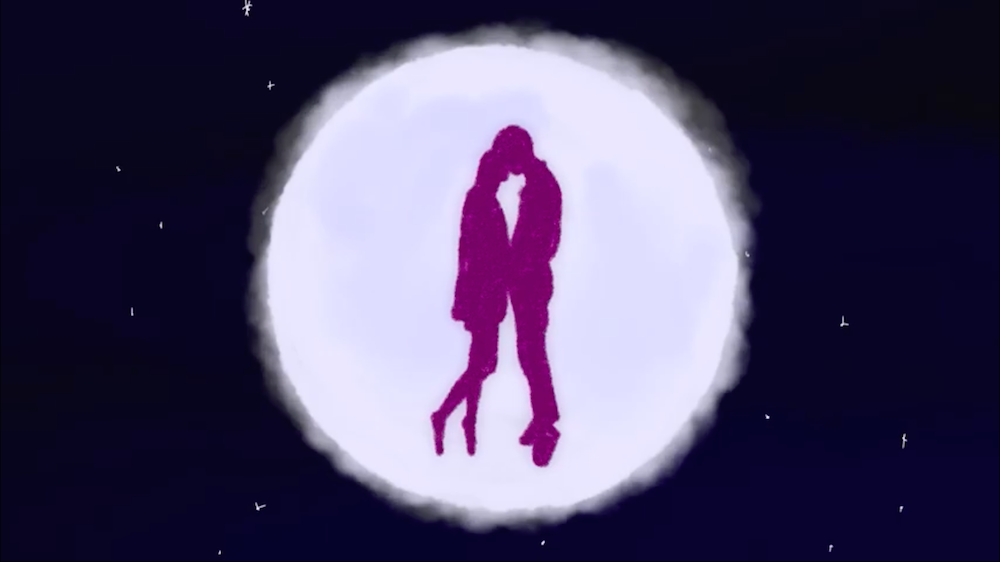 “Dynamite,” in other words, is placeless pop in just the way most of Neon Bunny’s oeuvre isn’t. If placefulness, so to speak, emerges as one of the defining qualities of an album like Stay Gold, so does its unreserved femininity. Early in her solo career Im spoke of writing songs with which women can sympathize, and whether or not she still considers that a priority, her musical persona remains unaffected by the insistent brashness now hardened into a trope among many female pop stars in the West. (Those who watched this year’s Grammys in full will have seen it on grotesque display.) Happy Ending‘s kiss-off song “Oh My Prince” (왕자님) went about as far as Neon Bunny could go in that direction: despite its amusing ridicule of raised-abroad rich kids — including the suggestion that they re-learn Korean — its attitude seemed a vaguely ill fit.

Neon Bunny’s new album Kosmos (also available for listening on Youtube) goes quite the other way. Devoid of any trace of sarcasm or petulance, its songs are instead heavy on breathy declarations of lifelong devotion. Some of these declarations Lim delivers in English, as when she sings, “Let me be the one for you / be the one that will love ’til the end of time.” This invites the occasional such unwonted cliché into this album’s songs, two of which, by my count, are Neon Bunny’s first written entirely in English. Given the judgments I’ve aired already, this should perhaps disappoint me more than it does, but the usage here is just askew enough to bolster the album’s communiqué-from-a-distant-satellite aesthetic, other elements of which include elongated echo and reverb, smeary strings and choral voices, muted analog-sounding synthesizers, deliberately applied hiss and fuzz, and difficult-to-place samples from vintage soul records.

On the whole, Lim’s use of English remains relatively restrained, especially in light of the temptation it must present to an artist with a Western listenership at least as strong as her domestic one. But as a Westerner in her listenership myself — albeit one living in Korea, with a sense of what she means when she sings about Seoul’s sky as seen from her apartment — what interests me more is her new album’s inversion of intensity, its thoroughgoing sedateness where Stay Gold was driving. Not for nothing has “chillwave” begun to appear among the subgenres under which she gets filed, and it puts her in good company with a few of the non-Koreans alongside her in my heavy Spotify rotation — Toro y Moi, Neon Indian, and more similarly, fellow electronic bedroom-pop singer-songwriter-producer Jessy Lanza — all of whom get critics casting about for labels: “glo-fi,” “vaporwave,” “hypnagogic pop.”

Like its predecessors, Kosmos only lasts about half an hour. But throughout that short runtime come a few surprises, including Neon Bunny’s first acoustic-guitar ballad, unadorned except (I suspect) for a bit of of processing to make it feel as if it was recorded in a literal bedroom. In its other, more elaborate songs, the sound now and again takes faint but perceptible turns toward the sinister, which complicates my conception of Kosmos‘ having been constructed as a brief galactic-romantic journey best taken in a state of altered consciousness. If present, such a design would primarily serve fans abroad, given the unavailability of consciousness-altering substances here. Last year North Korea began reinstalling its propaganda loudspeakers along the border, and if South Korea responds in kind, it should play the Northerners not BTS’ latest album but Neon Bunny’s; I’ve heard cannabis is easier to come by up there.

Listen to the Seoul of the 1980s, Real or Imagined, with Streaming Mixes of Korean “City Pop”

Yoo Jae-ha’s K-Pop Masterpiece Because I Love You, 30 Years After His Untimely Death 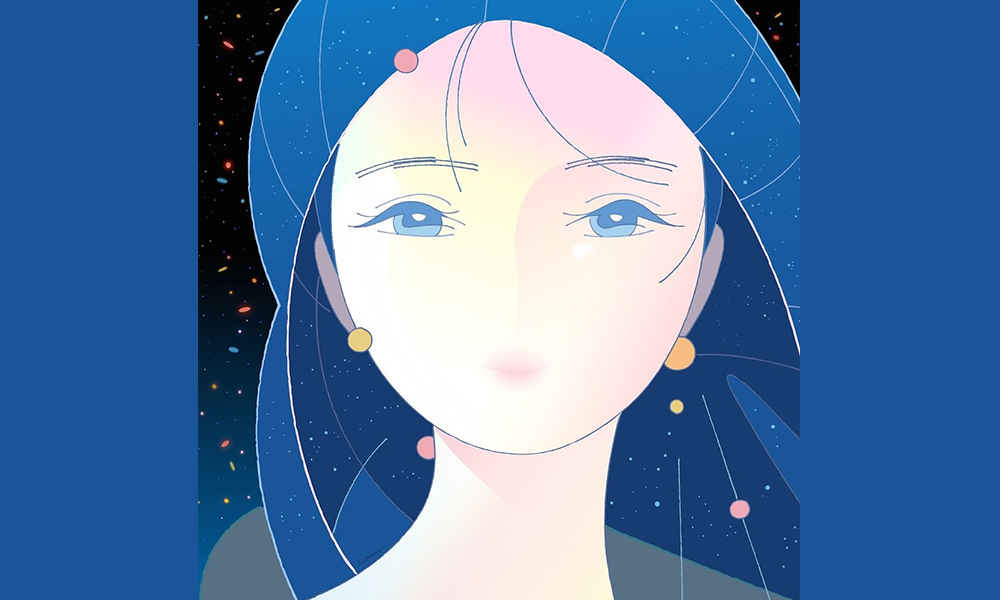