Thirty years ago this month, a Korean singer-songwriter by the name of Yoo Jae-ha died at the age of 25. Had the car accident that killed him happened a few months earlier, before he released his first and only album Because I Love You, Korean pop music, now better known as “K-pop,” might have taken a different sonic direction entirely. Though he died believing it had failed, his record has not just risen to the status of a beloved pop masterpiece but emanates an influence still clearly heard in hit songs in South Korea today. The posthumously granted title “Father of Korean Ballads,” as well as a music scholarship and yearly song contest, honor his memory, but on some level they also acknowledge that Korean pop music may never see — or more importantly, hear — an innovator like him again.

Born in 1962, a year that places him in the middle of the country’s culturally and politically influential “386 Generation” (comparable to the mighty Baby Boomers in America), Yoo grew up as the fifth of six children in a wealthy household full of prestige foreign products, not least a record player. Learning the accordion and cello in elementary school, he picked up the guitar and started singing in fifth grade. While the other kids his age goofed around outside, the reserved Yoo — who in adolescence increasingly modeled his look after that of his idol, Bruce Lee — stayed indoors learning the songs of the shaggy-haired (but nonetheless squeaky clean) 1960s folk-rock duo Onions. In middle school he developed impressive guitar skills and started his own band, called Fresh, only to abandon it for the study of classical music.

But even at that early stage, Yoo’s idiosyncratic nature proved incompatible with any established musical path: he enrolled in classical piano lessons, but neglected his exercises and wrote his own pieces instead. He went on to study composition at Hanyang University in Seoul, where he developed his skills at lyrics and arrangement while attaining proficiency with not just the piano and guitar but the violin, keyboard, and other instruments besides. In his final year there, he found his way to playing keyboards with The Great Birth, the band lead by Cho Yong-pil, a singer then already established and well on his way to the Elvis-like fame he enjoys in Korea today. Yoo even gave Cho “Because I Love You” to record years before making it the title track of his own album.

Toward the end of college, Yoo came to his musical mission: enriching Korean pop with the sounds and techniques of classical and jazz (friends remember him making reference to the likes of Nat King Cole, Wes Montgomery). After graduation and the mandatory time and the military service required of all able-bodied Korean men, a childhood friend put connected Yoo with Spring, Summer, Fall, Winter, the band of Kim Hyun-sik, another singer-songwriter who lived a short life but whose distinctively husky voice, especially in songs like “My Love By My Side,” is often heard in Korea to this day (not least in late-night karaoke imitation). For Yoo wrote Kim’s early hit “Hidden Road,” and his own version would also later appear on Because I Love You.

Kim and Yoo got along like brothers, in part because both of them enjoyed a drink: when Yoo (whose tipple of choice was cheap and potent Bols Genever gin) would help out in Spring, Summer, Fall, Winter’s concerts or recording sessions, the two would stay out enjoying themselves all night, long after the rest of the band had stumbled home. (When Kim died of cirrhosis three years to the day after Yoo’s fatal wreck, word had it in the Korean music world that Yoo had missed his drinking buddy enough to call him up to join him in the afterlife.) When he decided to go solo in the winter of 1986, Yoo went to Kim’s bassist Cho Won-ik for assistance. Cho, who assumed Yoo would turn up with a few song ideas to work with, was surprised to see that Yoo already had a detailed blueprint of the whole album with every track’s lyrics, composition, and instrumentation fully realized.

Yoo spread out the album’s recording sessions between December 1986 and March 1987, but he didn’t spend many hours in the studio: part of that had to do with the meticulous planning he’d already done, and part with the fact that, paying for the studio time out of his own pocket, he could only afford to lay down one or two takes for each part. Fortunately, his mastery of a wide range of instruments meant he didn’t have to spend much on the services of other musicians: such a so-called “multiplayer,” let alone one who writes and arranges all his own songs, remains a rarity in Korean pop music, and back then was completely unheard of. “My friend’s got talent!” Cho remembers saying to himself as he witnessed the album coming together. “My expectations were huge.” 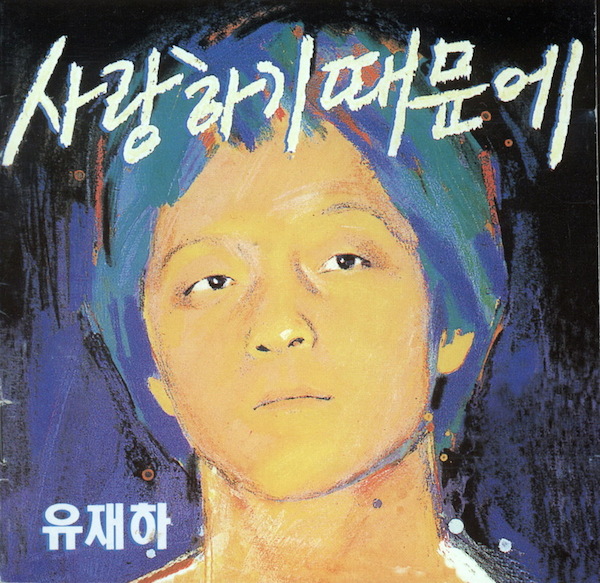 Yet as far as sales go, Because I Love You, in the months after it came out in August 1987, didn’t meet even the most modest expectations. Because media outlets didn’t know what to make of its songs or of Yoo himself, it received little promotion. Those with the power to make him a star wrote him off for not dressing or singing in a manner befitting a proper pop idol, and they judged his use of complex harmonies and contrapuntal melodies — now so much more common in even the most mainstream K-pop — as “strange.” Though Yoo’s songs may well have been offbeat by the standards of the day, a group of program directors at one television network came away from his audition of his offbeat songs thinking that he simply couldn’t keep time. But another network, the Korean Broadcasting System, did see fit to have him sing “My Image Reflected in My Heart” on its variety show March of Youth, his sole television appearance.

The West may now see South Korea as one of the most politically and economically advanced countries in Asia, but in 1987 it hadn’t completed its transition from military dictatorship to democracy. The 1960s, despite the industry-first regime of president Park Chung-hee, had seen a flowering of the avant-garde that even included politically charged “happenings” all over Seoul, but twenty years later the regime of Park’s even sterner successor Chun Doo-hwan (against whom the 386 Generation took to the streets in protest) had tightened the constraints to such an extent that critics now see the 1980s as Korea’s cultural nadir. Even Yoo’s album of love songs endured changes ordered by a state committee on “morality” in performance: one song’s title had to change, another’s had to go entirely, and at the end of side two he had to include a morally upright number called “Song of Purity” (excised from later editions).

That wasn’t unusual: at the time, every Korean pop singer occasionally had to record a piece of propaganda. (When Shin Jung-hyeon, Korea’s “Godfather of Rock,” refused to write a song glorifying Park Chung-hee in 1972, he endured years of police and government harassment culminating in his arrest.) The track that would have stood much farther out came right before it: a Mozart-style minuet that shows off Yoo’s instrumental and compositional range. When his older brother asked him what genre his music was in, this first-ever classically trained K-pop artist simply replied, “My genre.” And yet he claimed dissatisfaction to the point of shame over Because I Love You; an employee of Seoul Records, the label that brought it out, remembers running into him a few months after its release, sitting down together for a drink, and hearing all about his plans for a better sophomore album.

But Yoo had nothing more recorded by the fateful night when he went out for what he said would be a quick visit to a class reunion, got into a long discussion there about the fate of his debut, and in the early hours of the next morning climbed into a car driven by a drunken friend. His sudden death on the Gangbyeon Expressway prompted a re-evaluation of Because I Love You, and in time a realization that all that once sounded strange about it actually pointed the way forward for Korean pop music, and especially ballads. “The evolution of the Korean pop ballad begins with this album,” wrote critic Choi Ji-ho; popular singer-songwriter Kim Dong Ryul, less optimistically, described Yoo’s death as having set the form back 10 years.

Yoo’s father used the profits from Because I Love You to establish the Yoo Jae-ha Scholarship and the Yoo Jae-ha Music Competition, both meant to offer opportunities to young musicians looking to further expand the possibilities Korean pop. “I went to music school because Yoo Jae-ha went to music school,” said an early winner of the contest, the now famous singer-songwriter and producer You Hee-yeol. “I thought if I went there I’d become as skillful as him.” A few years ago he sang Yoo’s “Our Love” with Jung Eun-ji of the girl group Apink, a performance spanning three generations of K-pop; around the same time the boy-band phenomenon Super Junior made a hit with their own rendition of the song.

Countless younger Korean pop artists have covered Yoo’s work — the reality-TV competition champions WINNER performed a highly modernized version of his “Past Days” on their own show just last year — and even more of them, known as the “Yoo Jae-ha Division,” cite him as an influence. Others have paid more indirect tribute, like the hip-hop group Epik High’s song “November 1st” in memory of both Yoo and Kim Hun-sik (and one that plays on the notion of the month of November as a deadly one for Korean celebrities in general). Yoo’s influence has also continued to expand outside music to other areas of Korean pop culture: in his film Memories of Murder, the blockbuster auteur Bong Joon-ho (The Host, Okja) used “Melancholy Letter” as a haunting plot element, and more recently the hit period drama Reply 1988 incorporated Yoo’s songs to evoke its era, one that Korean viewers, many of them not yet born then, now seem ready to look back upon and even appreciate.

Earlier this year, Korean movie theaters played a fantasy-comedy about a music producer whose spirit, after a car crash, must inhabit the bodies of various other people who need some romantic assistance. Its non-coincidental title: Because I Love You. “I directed the movie because I liked Yoo Jae-ha and I could contain his songs in the film,” said its director Joo Ji-hong. “I wanted to direct the film the same feel that Yoo’s lyrics give us when we listen to his songs.” Over the next 30 years, his music will surely continue to inspire within Korea, and as K-pop fans the world over dig deeper into its history, perhaps outside Korea as well. “Your small tree,” as the big-name performers who got together to record a tribute album to Yoo for the 10th anniversary of his death sang together, “gives us a large shade.”

Why K-Pop Is the Same as Classic Rock 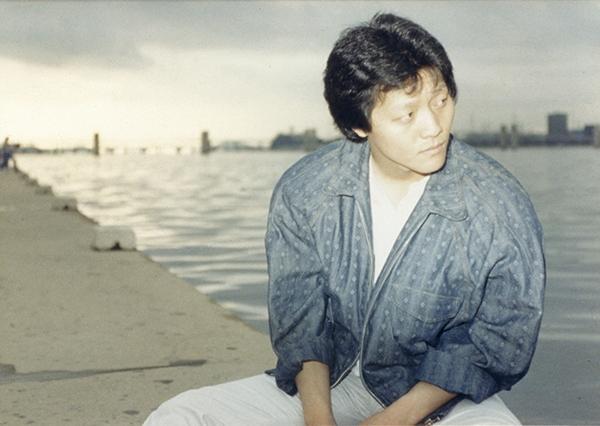