I belong to the rapidly shrinking group of pop-culture laggards who haven’t seen Netflix’s hit new Korean drama Squid Game (오징어 게임). That’s counting people not just in Korea but all across the world. My latest glimpse of someone engrossed in the series’ (so I gather) trenchant social commentary and startling violence came on a domestic flight in the United States, since I happen to be in the middle of my first post-COVID travels. While abroad I’ve kept an ear to Korean news, eaten Korean meals of varying quality, and even watched Korean dramas. Those last, however, long precede Squid Game, Netflix, and even the internet as we know it — yet before the era of streaming video, I couldn’t have seen them at all. I refer, of course, to the Korean television dramas of the 1980s now free to watch on YouTube.

These channels are maintained not by enthusiasts (though such unofficial operations do exist), but by the networks themselves. None go deeper than KBS Archive, property as it is of the Korean Broadcasting System, the first major player in South Korea’s television industry. KBS got into single-act productions after purchasing fledgling TV station HLKZ fifty years ago; later in the 1960s came serial dramas, antecedents of the shows that have bolstered Korean soft power across the world for decades now. I’ve long wanted to watch these early examples of what trend pieces these days call K-drama, but it seems KBS’ archivists haven’t yet worked their way quite that deep into the vaults. But they have, thus far, uploaded individual broadcasts dating back to the late 1970s, and on KBS Archive’s drama playlist have assembled several complete or mostly complete series of thirty or forty years ago.

On KBS Archive you can stream the likes of The Tree Blooming with Love (사랑이꽃피는나무), Fetters of Love (사랑의굴레), Moonlight Family (달빛가족), and When the Flowers Bloom and the Birds Cry (꽃피고새울면). These English translations of their titles do not, I would argue, wholly misrepresent the sensibilities on display. With their reliance on prolonged conflicts in the realms of romance, family, school, and work, these are entertainments of what could fairly be called simpler times, at least in the set of emotions conveyed and the techniques used to convey them. One frequently deployed technique is a zoom in onto a character’s shocked or pained expression accompanied by a music sting — almost invariably produced, in the 1980s, with now incongruously cheap-sounding digital synthesizers. 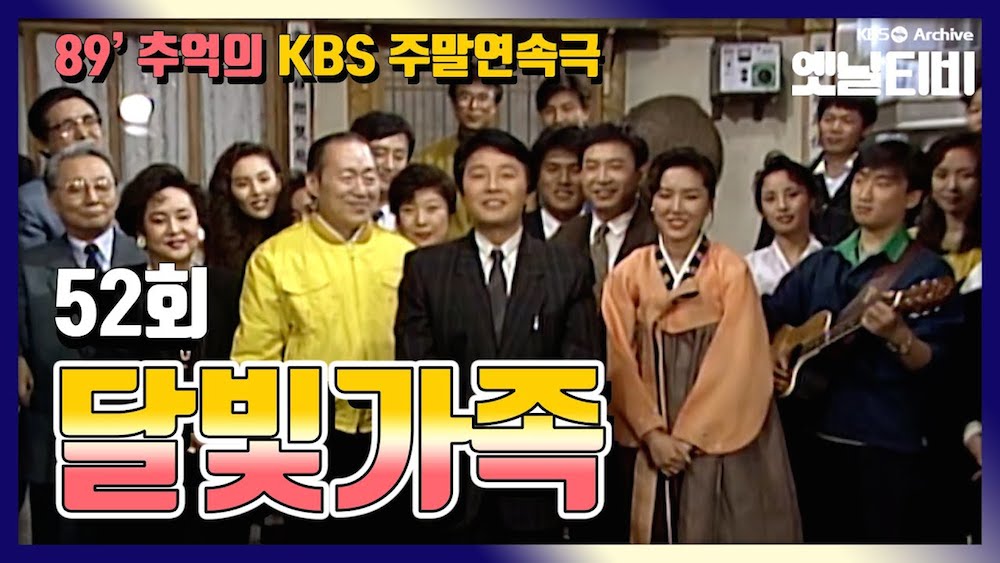 Until quite recently disparaged as chonseureoweo (literally “village-like”), this kind of look and feel inspires in today’s Korea an interest in the retro, and now the retro-inspired newtro. Korean dramas of the past decade have even taken the 1980s as a period setting: the most notable, Reply 1988 (응답하라 1988), has been followed by two sequel series set in the 1990s. To most current K-drama viewers, those two decades belong equally to yetnal, a category whose ambiguity frustrates non-native Korean speakers (or at least this one), but which refers broadly to “the old days.” The Joseon Dynasty, which spanned the fourteenth and nineteenth centuries — and which has provided a backdrop for historical Korean dramas practically since Korean dramas first aired — is yetnal. But so, to many, is 2012, as I was informed after mentioning having enjoyed watching a series originally aired in that year.

The term also appears in the branding of these YouTube drama archives: KBS Archive has the Korean name Yetnal TV (옛날 티비), and the network MBC maintains a channel called Yetdeu (옛드), which mashes up yetnal and the Konglish deurama. (The similar portmanteau mideu refers to serial television made in the United States, or miguk, encompassing everything from Friends to Game of Thrones.) But for those who will dig most deeply into these channels this explanation is superfluous, for comprehension of Korean is a prerequisite for their full enjoyment. Though regarded as dialogue-heavy today, Korean dramas were even more so in decades past, and the vast majority of these videos lack subtitles in any language. That isn’t so much an oversight as the result of the assumption that, produced solely for a Korean audience, these shows hold no interest for anyone else.

This is partially supported by the comments left so far viewers, many of whom rhapsodize about the chueokeui deurama, or dramas of their memories, that they can now revisit. And indeed, those with actual memories of Korea in the 1980s can enjoy these channels on a different, no doubt richer level than a foreigner such as myself who’s lived there for less than a decade. And yet I’ve come to consider vintage television dramas essential viewing for non-Koreans trying to get a handle on not just the Korean language but modern Korean culture. They amount to a means of internalizing the cultural memory on which one has missed out: think of immigrants to the United States who master English by watching, say, The Simpsons, and how much better they understand American society as a result. 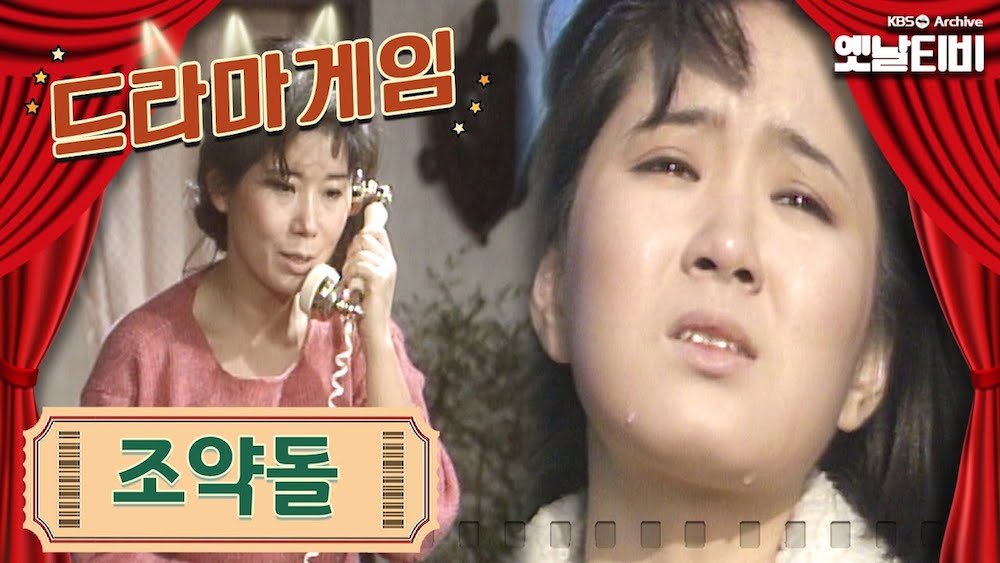 Korean dramas of the late 1980s in particular also offer a view of a country in an especially heady cultural, political, and economic moment. As intended by the powers that be, the Olympics announced South Korea’s arrival onto the world stage in 1988. Those same powers that be, however, were also on their gradual way out, the process of democratization having begun in earnest the year before. Starting the following year, ordinary citizens would even be allowed to travel abroad, ushering in an unprecedented era of non-mediated Korean interaction with the wider world. With the national economy growing at a still-formidable pace, television dramas leaned hard into their viewers’ aspirations, not least in the just-that-side-of-plausible domestic spaces in which they stage their many scenes of family interaction. (Here the American comparison would be to the immaculate suburban palaces seen on television of the booming 1950s and 60s.)

Not everything in these shows has aged well. The era’s aggressive “Westernization” now looks garish and often risible, especially when it comes to wardrobe and décor, and the overall aesthetic and narrative consequences of the kind of rushed production described in Youjeong Oh’s Pop City are difficult to ignore. Still, Korean plastic surgery of the 1980s hadn’t yet come anywhere near its now-infamous extremes (I defy anyone to put a current K-drama starlet against her equivalent of four decades ago and admit honestly who comes out ahead), and however long they run, these dramas have little time to mount critiques of the society from which they arose. Squid Game, by contrast, has been received in the West as a critique of Korean society and little else — not least because we foreigners, with our deficiency of Korean cultural memory, have no experience of real-life schoolroom games at its center.

Yet some fans are making the effort to learn about those games, just as some viewers of Lee Isaac Chung’s Minari have looked up the Academy Award-winning Youn Yuh-jung and discovered her past as an exploitation-film femme fatale. Seeing Youn turn up as a psychiatrist in Fetters of Love, viewable in full on KBS Archive, will thrill those who know only her recent work. More actor-spotting can be done — and more honest reckoning with the actual conditions of Korean life seen — in KBS’ short-story-adaptation series TV Hall of Literature (TV문학관) and Teenage Hall of Literature (청소년문학관). Since late last year, the network has also been reviving on YouTube another long-running series of standalone one-act stories from the 1980s and 90s. Its both fondly remembered and now-trendy title: Drama Game (드라마게임).

The Selling of South Korea: Youjeong Oh’s Pop City Reveals How K-Pop and K-Drama Have Transformed their Homeland

Looking Back at LA Arirang, the 1990s Korean Sitcom about Life in Los Angeles

Listen to the Seoul of the 1980s, Real or Imagined, with Streaming Mixes of Korean “City Pop” 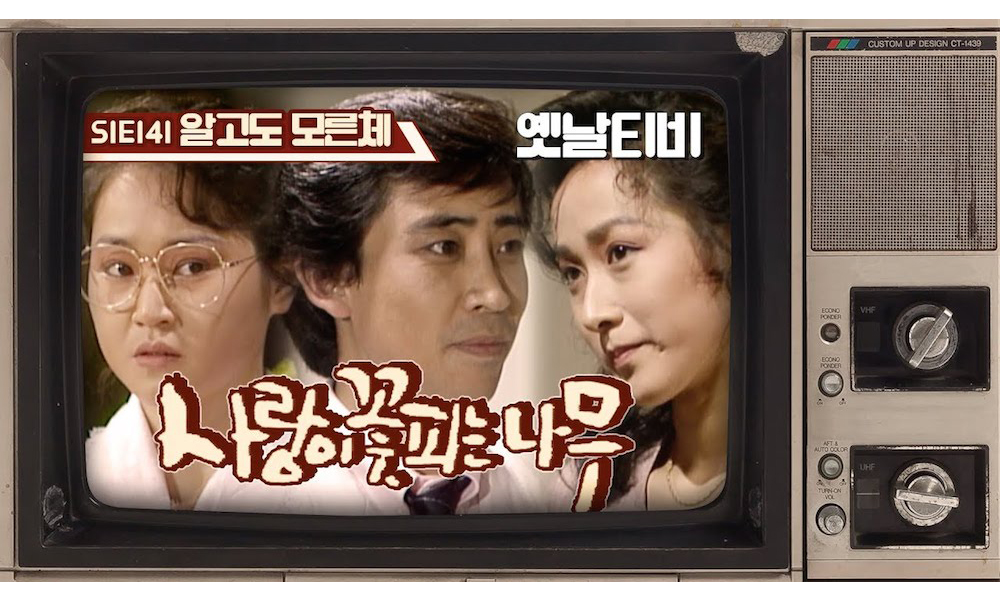