On only my second day in Korea, I had the chance to go to the health club (or “helseu”) with Father, which seemed like a good idea: he was very physically fit for his age, and I considered myself something of a fitness buff. Also, with only one shower at Garam’s parents’ apartment, we would have had to wait in line for at least an hour if we wanted to shower after the ladies. The family convened and decided it would be much better for the men to get cleaned up at the helseu, where we could squeeze in a workout and still be back before the ladies finished drying their hair.

Father drove us up a small hill and parked in one of the few spots in front of a brick building. At the entrance, he checked in at a small box-office window before we headed upstairs to the locker rooms. We changed into our sets of club-provided clothes, drab but comfortable, and entered the gym: small but well-equipped, with a long, narrow cardio section and another, smaller, section with free weights. In between the cardio and weights areas there was a little bathroom, and I was confused by the pair of plastic slippers lying on the linoleum floor just inside the door. They expect me to take my sneakers off to pee? I thought incredulously, brushing the slippers aside. The slippers looked so small and effeminate that wearing them would have transformed me into one of the hippopotamus ballerinas in Fantasia.

The women wore a different color gym uniform than the men, but aside from that, the only way to differentiate one person’s fashion from another’s was by shoes, armbands, and headbands. Some older ladies in the cardio section were using a machine that I had never seen before: a wide, black leather strap was wrapped around their midsections, and the machine jiggled their love handles back and forth rapidly while they stood motionless on a small platform. That’s a thing? From the look of relief on their faces, it seemed like they were at least getting a nice massage.

During the workout, I tried to read Father for clues. On one hand, I didn’t want to work out too hard or for too long and make him wait for me. On the other, I didn’t want to finish my workout before he was done and make him feel rushed. He occasionally passed by in between exercises and said, “Cheon-cheon-i ha-se-yo!” (천천히 하세요!) literally “Do it slowly!” but meaning “Take your time.” So I tried not to rush, and eventually we mutually agreed to head back downstairs to the locker room. Father shed his gym clothes and threw them into a basket, I followed suit, and he quickly ushered me through a sliding glass door into the steamy bath house.

I felt acutely aware of my nakedness. It seemed like others were glancing at my anxious whiteness; they were probably also interested in my full suit of body hair, in contrast to the single dark patch below the waist I observed — not that I was deliberately looking — on most of the other men. We walked briskly through the steam and bodies to the on-tang (온탕), or hot tub. In one graceful motion, Father stepped up and over the short wall and sat down on the flat bench inside the tub. I followed behind, gingerly dipping a foot into the water and realizing immediately that this was the hottest tub I had experienced in my life. I couldn’t decide what would be worse: to keep going into the scalding hot water, or to keep standing, stark naked, outside the tub. My desire to impress Father won out, and I breathed carefully as I lowered myself halfway into the tub. As I sat there in discomfort, he began pointing out the other areas of the bath house.

“Naeng-tang… cold bath.  Over there… sa-u-na.” Then he said something else in Korean and pointed to an area where you could pay for a full-body scrub down. Nearby was a recessed area behind a glass window so steamy that I could only make out the blurred outline of a man sitting on a bench looking like plastic-bagged shrimp at a boiling crab restaurant. “Over there… very hot,” he said. “You want to go there?”

“No thanks,” I replied, “this tub is hot enough for me.” Father didn’t want to go boil there either, which was a relief because I surely would have followed him in and come out with first-degree burns at the very minimum.

Across from us sat an older gentleman, obviously enjoying his soak and completely comfortable with his nakedness. He chatted with Father a little bit and at one point he looked at me and said, in a strong, confident voice, what I took to be  “ma-shid-da,” (맛있다) or “delicious.” I was taken aback by his overt comment, but since I was new to the country, I laughed sheepishly and let it slide, thinking there must have been some sort of misunderstanding. When I brought up the hot tub conversation later with Garam’s family, they laughed and assured me that he must have said “mo-shid-da” (멋있다) , meaning “handsome,” a difference of just one vowel, easy to mishear without context. A whole lot better than “delicious,” I thought, but still a weird thing to say in the hot tub.

I noticed from my hot-tub vantage point that all age groups were represented in the bath house. Little boys sitting on plastic stools scrubbed themselves with soap in front of low mirrors. A large, stocky teenager awkwardly cleaned himself at one of the standing shower stalls. Middle-aged men like Father methodically went about their daily ablutions, and the occasional older man with leathery skin took his time shuffling around under a shower head.

It looked nothing like the health club I had belonged to as a high school student in Washington DC: no kids allowed, women and older men usually in the first-floor cardio area, younger jocks like myself sequestered in the basement with the free weights. Members at the Korean helseu, by contrast, seemed more interested in staying healthy and living long than in lifting heavy weights or toning their beach bods. And the gym uniforms obscured everyone’s bodies anyway, except for the love handles of the ahjummas visible jiggling through their shirts as they stood gripping what I could only call the gym’s love-handle-jiggling machines.

Stepping with relief out of the on-tang, I joined Father in the cold tub where he was doing a couple of short laps. It was long and shallow, with poor lighting and a large open pipe sticking straight down overhead from the ceiling on one end. The contrast with the hot tub made the water feel frigid. I tried to relax and let myself enjoy the naked ice bath as I swam a timid lap and dunked my head under the water. Father motioned for me to join him on the other side of the tub, where he told me to pull a small metal lever. This action sent water gushing out from the pipe directly above my head, and the ice cold water sent shockwaves through my body. Har har, real funny, thought, shivering.

But in Father, who kindly showed me what to do at each step of the process, I was lucky to have such a thorough and gentle guide, however infantilizing the overall experience. My clothes were packed for me, we shared a locker, and he handed me the shampoo, conditioner, and toothbrush at the appropriate times (although I wasn’t accustomed to brushing my teeth in the shower). He recommended exfoliating with one of the long, thin red towels which were provided. He showed me where to find the body lotion and “skin,” which I’d always called after-shave. I reflected in disbelief on the fact I had survived, and to a degree enjoyed, this wonderful and completely embarrassing experience, and left the helseu with my body clean — and my privacy violated as never before.

Now based in Silicon Valley, Stefano Young reached level-four fluency on the Test of Proficiency in Korean (TOPIK) test and appeared on Korean news channels such as KBS and YTN while studying the language in Los Angeles. He is especially interested in historical dramas, the dialect of Busan, and eating vast quantities of bingsoo. 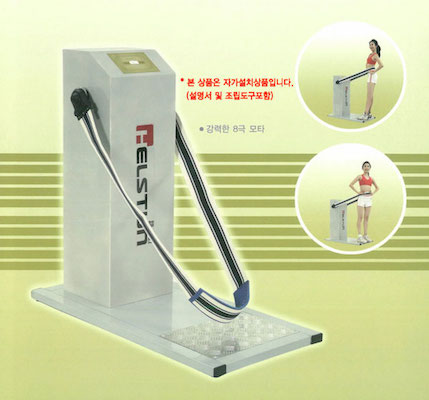