A murder mystery can end either resolved or unresolved. Most writers opt for the former, if only out of habit or crowd-pleasing instinct, though some habitually leave ends just loose enough to lead to a sequel. In the absence of any resolution, a novel’s very status as a murder mystery comes into doubt. It tends not to be described as belonging to the genre, but as using its elements — or, imprecisely, as “deconstructing” it. Reviewers of Kwon Yeo-sun’s Lemon (레몬), newly published in Janet Hong’s English translation, disagree about whether its central mystery is fully resolved. One could make a fair case either way, to my mind, but in this lack of a resolution over whether it even contains a resolution — its meta-unresolvedness, if you like — lies a clue to the source of its power, which critics have variously but unanimously praised.

The murder in Lemon is that of an eighteen-year-old girl named Kim Hae-on, the enchantress of her high school. “Her beauty seemed not of this world, a kind you rarely encountered,” remembers a former classmate who narrates certain chapters. After a glimpse of Hae-on’s face, “the classroom seemed to have transformed into a fictional, perhaps magical, place.” As for her body, it later turns up lifeless in a park, bearing evidence of blunt force trauma to the head. Her underwear is also missing, seemingly not the work of her attacker — “the autopsy didn’t reveal any traces of rape or sexual assault” — but the result of her own lifelong carelessness about matters of dress. “Before stepping out of the house, I stood her before me and circled her, checking her uniform to make sure she hadn’t forgotten anything,” recalls her younger sister Da-on.

Apart from her defining (though vaguely sketched) looks, Hae-on comes across as in no way especially appealing. “It seemed she didn’t think about anything,” says Da-on. “She did nothing and thought nothing. She considered no one and harmed no one. She wasn’t interested in anyone nor bothered by anyone.” When hungry “she became incapable of empathy, of putting herself in someone else’s shoes, and hardly considered another person or the smallest etiquette.” She “seemed like an animal then, or even worse a sociopath, someone who could easily take a piece of bread from a starving child or elderly person.” Somehow, Hae-on’s less than fully human — or simply other than fully human — behavior hasn’t drawn more comparisons to Han Kang’s acclaimed The Vegetarian (채식주의자), which also features an inert woman, withdrawn from human affairs, her actions relayed through the interpretations of others.

Lemon has three such interpreters: the sister Da-on, the classmate Sanghui, and another classmate named Yun Taerim. Taerim comes in second to Hae-on in the school beauty rankings, an order evidently agreed upon with an improbable unanimity. (Then again, it surprises me every time I hear Koreans discussing the looks of celebrities and airing essentially identical assessments.) Thus Taerim’s resentment for Hae-on knows no bounds, which draws the suspicions of the reader, if not the police investigating the murder. Their attention settles instead on two prime suspects: Han Manu, the delivery-boy son of a poor single mother, and Shin Jeongjun, the SUV-driving son of an accountant. That the investigators waste no time pressuring Manu to confess while Jeongjun gets sent to “study” in the United States suggests a critique of class in Korean society — or rather, a critique of wealth-based class to go with the critique of looks-based class.

“Some lives are unfair for no apparent reason, but we carry on, completely unaware, like miserable vermin,” declares Da-on, and certain readers will take it as something like the novel’s thesis statement. The sentiment is hardly at odds with Kwon’s literary worldview, premised as the latter is on misfortune and defeat. Such themes may be more palatable to Western readers in the context of a murder mystery, a form in which Kwon has never worked before, at least to the extent that Lemon qualifies as a murder mystery at all. The book, Kwon’s first published in English, is in most respects unrepresentative of the body of work she’s built over the past quarter-century. But it does share with her other novels’ roots in a real chapter of her country’s history: Hae-on dies just after the 2002 World Cup, co-hosted by South Korea in grudging cooperation with Japan.

In Korea, the 2002 World Cup is now remembered as much for its exuberant confirmation of the country’s modernity as its sporting value. It also retains outsized importance in the collective memory of the Korean equivalent of the West’s Millennials, the generation to which Lemon‘s characters belong. Kwon (born in 1965, and thus of a member of the generation before) follows them through the long aftermath of Hae-on’s murder between 2002 to 2019, tracing the effects on each individual. Da-on is predictably hit the hardest, though her response takes an unexpected form: born homely, she takes it upon herself to undergo plastic surgery in order not just to beautify herself but to resemble her lost sibling. Running into Da-on in 2006, Sanghui describes her appearance as that of “an older, ruined Hae-on, who had been rejuvenated by force, a cross between the real Hae-on and a ravaged Hae-on.”

Just the idea of a woman surgically transforming herself into her own murdered sister would surely be enough to sustain a much longer novel. Plastic surgery itself happens also to be integral to If I Had Your Face by the Korean-American novelist Frances Cha, another story told by rotating female narrators. Cha contributes one of the dozen blurbs included with Lemon‘s English translation, another of which calls the book “quite the un-putdownable read,” perhaps the least promising such endorsement I’ve ever seen. At just 147 pages the book hardly requires putting down in the first place, and nowhere in evidence is the resistance to conventional form that has earned Kwon the reputation of a “difficult” writer here in her homeland. Yet beyond the mystery that gives it a plot, it also manages to incorporate enough cultural phenomena to provide a sense, if jaundiced, of Korean life in the 21st century.

The juggernaut of Korean Christianity makes an appearance when one of the novel’s least admirable characters calls a suicide hotline under the code name Christ, “as in Jesus Christ.” (Having seen a few of the names people choose as IDs here, I can confirm a degree of realism in this scene.) Korean regional accents and child-naming conventions also figure in, as does the importance of college entrance exams and the therapeutic prominence of poetry in Korean society, all with a minimum of explanatory footnotes. One formidable translation challenge to which Hong rises comes just three pages in, when Sanghui ponders the nickname given to the suspected killer Han Manu. Its source is Cho Yong-pil’s late-1970s ballad “Han-o-baeg-nyeon” (한오백년): to Manu’s classmates, “the opening words ‘ha-an-man-eu-eu-eun’ sounded just like his name. If you slurred the n sound so that you said ‘ha-an-man-u–u–u‘ instead, it was perfect.”

Han maneun, those opening words, mean “han-filled.” Han, a concept anyone who reads about modern Korean culture will run across sooner rather than later, refers to a deep-seated sorrow and resentment instilled by the vicissitudes of national history. Though Manu never seems particularly resentful, Kwon freights him with more than his fair share of sorrows: a deadbeat father, a physically impaired mother, dangerous low-paying work, a series of police interrogations, a leg amputation, and finally death of cancer at 29. After reverting to her former state of dumpiness, Da-on finds a kind of peace, though one underlain by feelings of emptiness and guilt. The bitter Taerim ends up marrying Jeongjeun the prodigal son — and into the relative wealth of his family — only for their infant daughter to one day be snatched from her stroller (conveniently parked out of view of any of Seoul’s numerous CCTV cameras).

Are these fates traceable, as genuine han, back to the traumas endured by Korea itself? To her credit, Kwon draws no direct connections between national and individual fate. Lemon‘s brevity also cuts off the possibility of lapsing into diatribes against Korean society, a temptation some novelists of recent years have been unable to resist. Yet as demonstrated by the reviews published so far, the book invites a variety of “critical” readings, not least to do with the valuation of beauty. If that is indeed what Kwon has in mind, she knows better than to pin it on any one culture or time. She also knows that the beauty’s power, fragile though it may be, owes nothing to any systems, hierarchies, or philosophies outside itself. It may take a woman to perceive the full extent of that power — or in the case of a beauty like Hae-on’s, three of them.

The Great Korean Plastic Surgery Novel: Frances Cha’s If I Had Your Face

The Book of Jiyoung: An Explosively Controversial Korean Feminist Novel Comes Out in English

The Korean Literary Crime Wave: Kim Young-ha’s Diary of a Murderer and Seo Mi-ae’s The Only Child 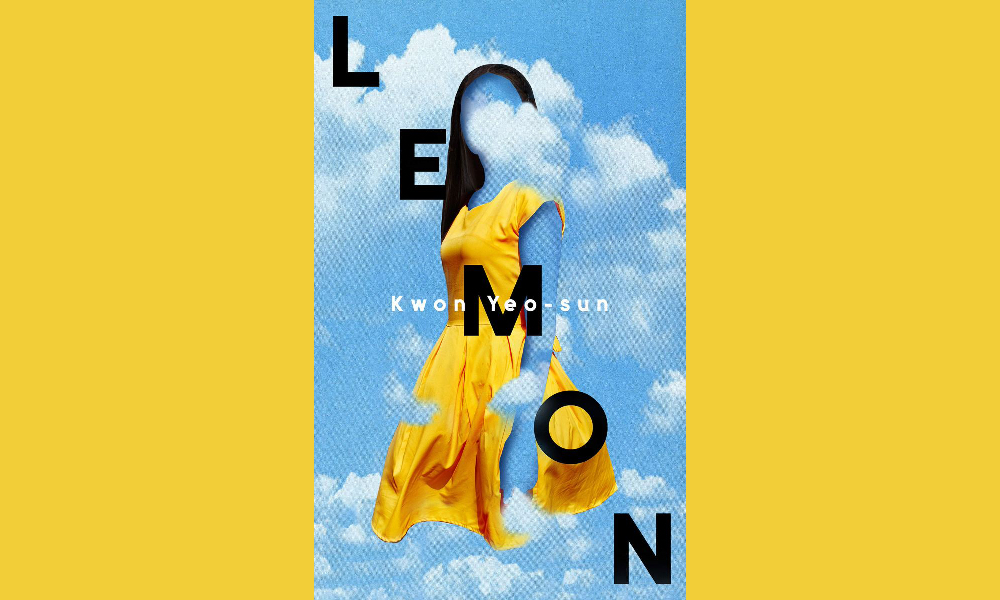