Friends, friends of friends, and acquaintances often ask me if they should make a trip to South Korea, and I wholeheartedly recommend it to all of them — all of them except, perhaps, the vegetarians. I do know a handful of non-meat-eaters living here, all either foreigners or Koreans who grew up abroad, all living proof that a vegetarian can technically find a way to get by in this country. But the all-important social culture here, centered in large part on rounds and rounds of pork, beef, and squid grilled over an open flame, offers few points of entry to those who those who would stick to carrots and tempeh. (And as for the accompanying rounds and rounds of cheap liquor, teetotalers will find this a difficult land as well.) Once, I tried to explain veganism to a lady I met at in language-exchange group. “Oh,” she replied, in less a tone of judgment than of sheer bewilderment, “I think I cannot be friends with someone like that.”

But it’s one thing for a vegetarian foreigner to try living in Korea, where the locals know us by our often baffling lifestyle choices, and quite another for a Korean to decide to stop eating animals. Just such a conversion sets in motion the events of Han Kang’s The Vegetarian (채식주의자), first published in South Korea as a cycle of three novellas starting in 2007, and just this month published as a single volume in English in the United States. The book has sold publication rights in twenty countries and in the Anglosphere received, especially by the standard of Korean novels in translation by authors unknown outside the homeland, a staggering amount of press, all of it positive, and much of it struggling for the right words to describe what, exactly, makes it so very compelling. “I was convinced,” as one character observes, “that there was more going on here than a simple case of vegetarianism.”

Those words come from the plainspoken, unambitious husband of the titular vegetarian, a similarly nondescript-seeming woman in her thirties called Yeong-hye. “I’d always thought of her as completely unremarkable in every way,” he says at the beginning of the novel. “To be frank, the first time I met her I wasn’t even attracted to her. Middling height; bobbed hair neither long nor short; jaundiced, sickly-looking skin; somewhat prominent cheekbones; her timid, sallow aspect told me all I needed to know.” But “if there wasn’t any special attraction, nor did any particular drawbacks present themselves, and therefore there was no reason for the two of us not to get married.” And so their featureless union smoothly goes, until the morning he finds her taking the hundreds of dollars’ worth of meat in their refrigerator out and bagging it up for the garbage.

Yeong-hye can offer only one sentence to explain her actions: “I had a dream.” And she had quite a vivid dream, the glimpses of which we get involve her struggling her way through a seemingly endless, meat-packed tunnel and emerging in shamefully blood-soaked clothes. She makes no attempt to convey the full extent of its horror to those around her, and on some level knows it wouldn’t make any difference to them; a visit with her parents, sister, and brother-in-law turns into a wild suicide attempt after her father, enraged at her intransigence, strikes her after a futile attempt to cram a chunk of pork into her mouth as her panicked family looks on. 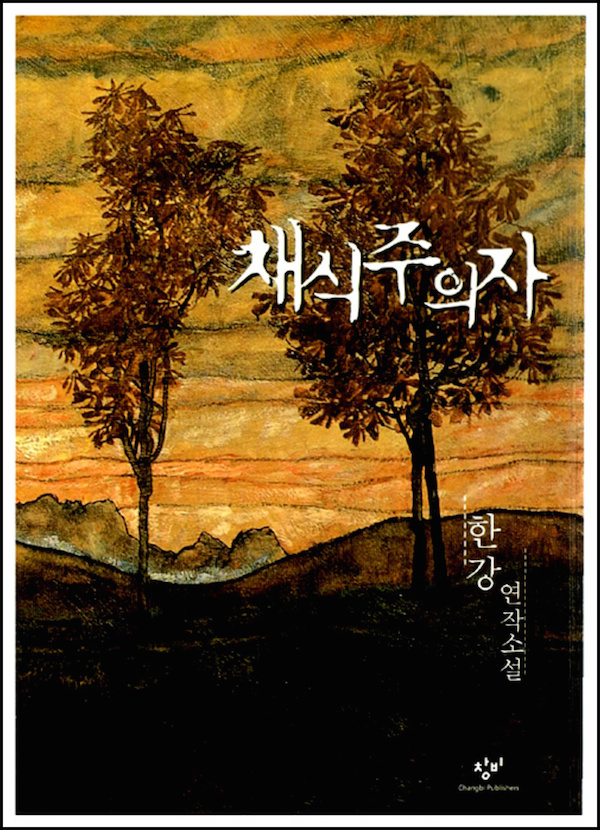 But again, we have more going on here than a simple case of vegetarianism: as time passes, Yeong-hye cuts out of her life not just all meat but most sleep, communication, reaction, and ultimately action of any kind. Kang has spoken of asking herself whether someone could live “a perfectly innocent life in this violent world” as well as the inspiration she drew from the poet Yi Sang’s pronouncement that “humans should be plants,” and in Yeong-hye we seem to have the result, examined from three different perspectives in the book’s three sections: first her husband, then her brother-in-law, then her sister In-hye. (Here in Korea, each of those parts constituted one of the novellas.)

The novel only allows Yeong-hye the occasional opportunity to speak to us, or, given the italicized text and internal monologue-like tone of the passages, think at us. She remembers one childhood run-in with a dog and the violent folk remedy that followed: “The saying goes that for a wound caused by a dog-bite to heal you have to eat that same dog, and I did scoop up a mouthful for myself. No, in fact I ate an entire bowlful with rice. Yells and howls, threaded together layer upon layer, are enmeshed to form that lump. Because of meat. I ate too much meat. The lives of the animals I ate have all lodged there. Blood and flesh, all those butchered bodies are scattered in every nook and cranny, and though the physical remnants were excreted, their lives still stick stubbornly to my insides.”

The attitude Yeong-hye develops toward meat and humanity as a whole that reminds me, in certain respects, of that held by another title character: J.M. Coetzee’s Elizabeth Costello, a respected novelist spending the twilight of her life on the lecture circuit who insists that her own vegetarianism “comes out of a desire to save my soul.” She’s made her choice but her inner turmoil continues: “I seem to move around perfectly easily among people, to have perfectly normal relations with them. Is it possible, I ask myself, that all of them are participants in a crime of stupefying proportions? Am I fantasizing it all? I must be mad! Yet every day I see the evidences. The very people I suspect produce the evidence, exhibit it, offer it to me. Corpses. Fragments of corpses that they have bought for money.”

When she looks into the eyes of family, Costello says, “I see only kindness, human kindness. Calm down, I tell myself, you are making a mountain out of a molehill. This is life. Everyone else comes to terms with it, why can’t you? Why can’t you?” Yeong-hye acts as if she sees nothing at all in the eyes of family or anyone else, and nothing raises any kind of desire in her until her sister’s husband, a video artist obsessed with her blue Mongolian spot, convinces her to participate in realizing an image that has come to obsess him: a man and a woman, their bodies painted with brilliantly colored flowers, having sex. At this point having got fairly deep into her own transition to living as a plant, Yeong-hye gladly obliges. 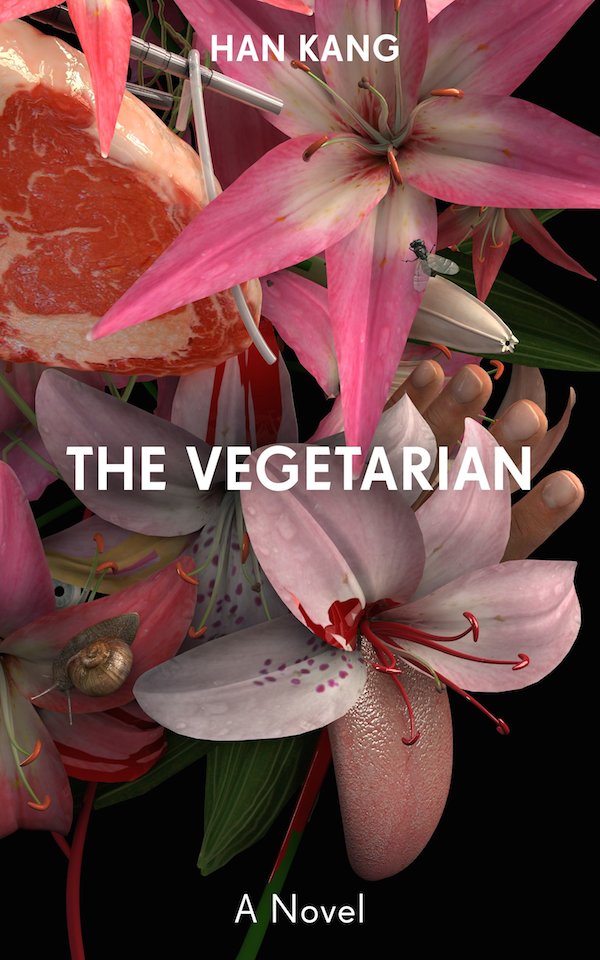 Costello, so far as I can recall, engages in no experience quite like that, and also unlike Yeong-hye has only grown more outwardly stubborn and opinionated with age. Kang’s ever-withering vegetarian, who ultimately refuses to accept food of any kind, locks into what those around her see as an inexorable march toward non-existence. By the novel’s end, when everyone else has turned away in disgust or shame, only In-hye remains to futilely urge her sister her to eat, and even she reaches a breaking point, “no longer able to cope with all that her sister reminded her of. She’d been unable to forgive her for soaring alone over a boundary she herself could never bring herself to cross, unable to forgive that magnificent irresponsibility that had enabled Yeong-hye to shuck off social constraints and leave her behind, still a prisoner. And before Yeong-hye had broken those bars, she’d never even known they were there.”

The myriad strictures of Korean society, as well as their invisibility to those who have never known freedom from them, give this country’s literature one of its major themes. I sometimes hear Korean life described as the challenge of keeping the various groups — social, academic, familial, workplace — who claim you as a member constantly satisfied, and Yeong-hye manages to throw them all into chaos at a stroke. Taking stock of their reactions gives Kang the opportunity to touch on nearly all the other themes Westerners who read about Korea will recognize: not just meat-eating and suicide, but sudden bursts of rage (we learn that Yeong-hye’s father, made a habit of beating her, but never In-hye, throughout childhood), the unenviable position of women (In-hye escaped those beatings through sheer subservience, growing into “the kind of woman whose goodness is oppressive”), and the vast generation gap (that father, before dressing down Yeong-hye for her vegetarianism through it, had “never used a telephone in his life”).

Deborah Smith, who with her work on this book has made herself the young Korean-to-English translator to watch, doesn’t hesitate to speak of her admiration for Kang: “The great strength of Han’s work is that she gets to the universal through specificity,” she told the Guardian. “Historically, that’s been rare in Korea, which is such a homogenous country that the writing it produces has often been too inward-looking to travel.” The Vegetarian clearly can travel, though it also demonstrates that, no matter how astute the translator, awkward cultural artifacts will always remain: Yeong-hye calls In-hye “Sister,” In-hye prepares “side dishes,” and their family enjoys “yuk hwe, a kind of beef tartar.” (Tellingly, the bits of Korean novels that don’t quite translate often have to do with food.)

English-language readers will no doubt hear more from Smith, Kang, and both of them in collaboration. The Smith-translated Human Acts (소년이 온다), Kang’s examination of the Gwangju massacre of 1980 which appeared in the United Kingdom last month, will certainly make its way to the United States sooner or later. Not long ago, I asked a friend in Japan, himself a friend of a very well-known Japanese novelist, why that novelist has attained such international success. “He’s created his own genre,” my friend replied without hesitation. We’ll have to wait and see whether Kang’s work will attain the same reach, but the readers of The Vegetarian who appreciate (presuming they can handle) Kang’s seamless union of the visceral and the surreal will surely sense another genre on its way. 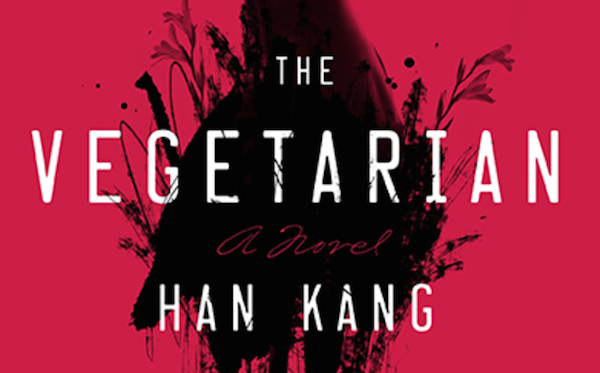