This is one in a series of essays on important pieces of Korean cinema freely available on the Korean Film Archive’s Youtube channel. You can watch this month’s movie here. Previously featured movies include Park Kwang-su’s Chil-su and Man-su (1988) and Kim Soo-yong’s Night Journey (1975).

“Yasujiro Ozu,” writes critic Donald Richie in his study of the prolific and influential midcentury Japanese filmmaker, “had but one major subject, the Japanese family, and but one major theme, its dissolution.” The best-known of his many domestic dramas like Late Spring, Tokyo Story, and Good Morning dramatize that dissolution of the Japanese family as vividly as they capture its context – those decades after the second world war when Japan seemed to turn more modern, and look more Western, by the day. Korea underwent a similarly heady period of reconstruction and development in the 20th century, but the Korean family – as many Koreans can tell you – remains a relatively robust institution even now.

Then again, Korea’s modernization got started later and had less to work with in the first place.  While Japan’s defeat in World War II ended its colonial rule over Korea, the problems of the newly divided Koreas had only just begun. Five years later, the North attacked the South, sparking the Korean War that would leave much of the peninsula in ruins by the time it stalemated in 1953. On the very first day of the very next year, in a South Korea still struggling to get on its feet, Jeong Bi-seok’s serialized novel Madame Freedom (자류부인) began its 215-part run in the Seoul Daily News, quickly drawing a huge readership by telling a story of romantic intrigue tied up with the trends of the day, from the emergence of underground dance clubs to the craze for luxury goods to the entrance of women into the workforce.

All of those are presented in Han Heyong-mo’s 1956 screen adaptation of the novel, dubbed “the most controversial film in Korean cinematic history,” as phenomena of essentially foreign origin. Throughout Japan’s longer history of engagement with the outside world, it could exercise some discretion about what to pick and choose how it wanted to assimilate into the local culture. South Korea, though, had to take it all in more or less at once, as it was presided over by a highly Westernized new president, relied on American funds for the initial phases of its reconstruction, and was keen to implement any societal model under which people would no longer go hungry. 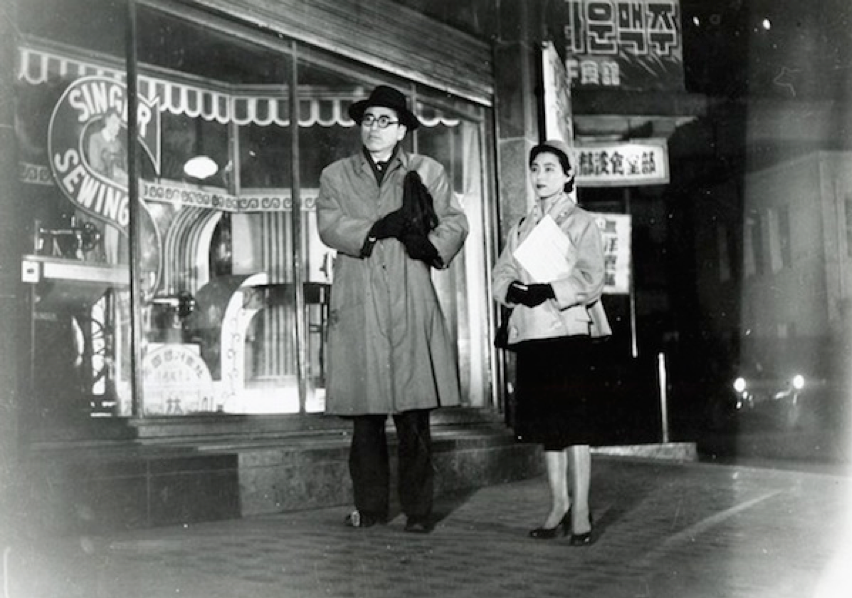 Thus, much Korean cinema of the 1950s and 60s deals with the disorientation that results when new ways displace old ones, and a deeply-rooted culture struggles to keep up with changing attitudes — or futilely attempts to stifle them. Ozu’s films did that for Japan, but displayed as much emotional restraint as Korean films displayed (what often strikes foreign audiences as) emotional excess. Jeong’s novel provides the movie prime material for melodrama: accepting the household’s need for some extra money, Professor Jang Tae-yeon grants his wife Seon-yeong the freedom to take a job behind the counter at a boutique, a choice that before long leads her into the arms of other men — the collegiate playboy next door, the husband of the boutique’s owner — as well as complicity in the smuggling operation run by a member of her alumni club.

Where Ozu might look on all this with a sigh of resignation at the bittersweetness of inevitable change, Madame Freedom slaps Seon-yeong down hard, ending with her denied passage through the gate of her own home, tearfully begging her husband and young son for forgiveness out on the street. (Things end even more grimly for her old college friend.) “If you were Professor Jang Tae-yeon, what decision would you make regarding your wife?” asked the movie posters at the time. Though, perhaps under modernity’s sway himself, Professor Jang Tae-yeon does get awfully close to one of his former students who asks him to teach grammar to her and several other young ladies, all of them employed as typists at the local office of a Western company. But whether out of morality or cowardice, he rejects her advances; his wife, by contrast, goes so far as to kiss a potential paramour — the first act of its kind ever shown on a Korean screen.

This shock of the new has, despite what many modern viewers will see as an unsubtle dramatic style and implicit endorsement of patriarchal assumptions, kept the film fresh. It routinely screens in retrospectives of and courses on Korean cinema, and DJ Spooky once even re-scored the film live, drawing samples from music old and new, Korean and American. He once described Madame Freedom as Korea’s first postwar jazz movie, a category it might fall into, among other reasons, for its dancehall set piece in which a jazz orchestra plays a mambo while a dancer writhes in front of them, surely a scandalously brazen display by the standards of the time — the standards prevailing in movie theaters, anyway, if not in such cutting-edge (and police raid-subject) venues themselves.

Everyone in that scene wears Western attire, from the dancer in her comparatively revealing dress, of course, to the jazz men with their matching suits to that boy next door, whom Seon-yeong has surreptitiously met there, his patter inflated with Western loanwords (such as the “Madame” of the English title, which he calls Seon-yeong) and, in a manner not entirely dissimilar from the hopeless Chil-su of Chil-su and Man-su, talks of his plans to go to America. Everyone, that is, but Seon-yeong herself, who still wears a traditional Korean dress. But that soon changes; from then on, her Westernization of her appearance indicates the extent of her downfall. 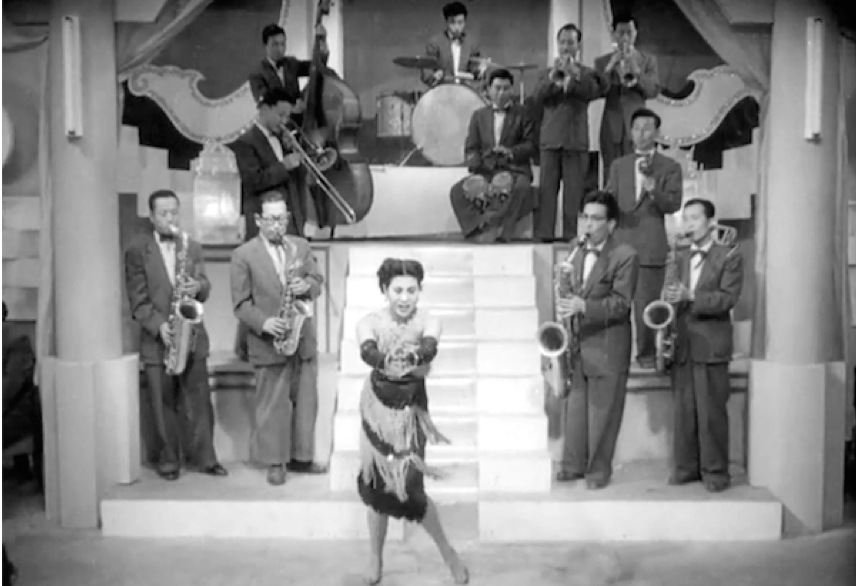 Some of the film’s morality-play qualities owe to an appeasement of the strict censorship then in force. As Han explained, “If the audience saw any scenes of deviation, they will accept it as a lesson, which means this film could be a good, enlightening film.” The question of whether the wife of a professor ought to work no longer occasions so much hand-wringing, and rightfully so, but some of the other concerns the films raises remain concerns today: to what extent, for instance, must modernization mean Westernization? To the extent that this movie issued a warning about how the uncritical embrace of things foreign can turn into a deforming fetish, Korea — a land now continually swept by consumer fads for Norwegian strollers, Birkenstock sandals, churros, and so on — arguably didn’t heed it.

But this Westernization-wary substance comes packaged in a distinctly Western cinematic form. Madame Freedom made Korean cinema history with not just what it dared to depict, but the techniques used to depict it: along with Korea’s first on-screen kiss came its first domestic use of such filmmaking tools as the crane and dolly (Han used his industrial connections to get them custom-built) as well as sound design elements essential for a story in which music plays such an important role but heretofore unheard, or at least underused, in domestic films. The combination of envelope-pushing content, lavish production, and an adaptation of foreign storytelling to Korean concerns continues today, especially in the work of Park Chan-wook, whose grim, transgressive, and Japanese comic book-based Oldboy kicked Korean cinema up to a new level of international recognition in the early 2000s.

Just this year, Park drew much acclaim, and no small volume of tut-tutting, with The Handmaiden, a transposition of Sarah Waters’ novel The Fingersmith from Victorian England into colonial-era Korea. Its wince-inducing torture scenes, and even more so its frank and enthusiastic depictions of lesbian love, have understandably drawn most of the attention. But look deeper and you find it deals with some of the very same issues as Madame Freedom: deception, female empowerment, the fraught engagement of Korea with the world outside it. The lovers at the center of The Handmaiden (아가씨), a wealthy heiress and the young thief who takes the titular role at first to swindle her, also attempt to break away from the societal structures that bind them — but unlike the hapless Seon-yeong in her movie of half a century earlier, they get away with it. 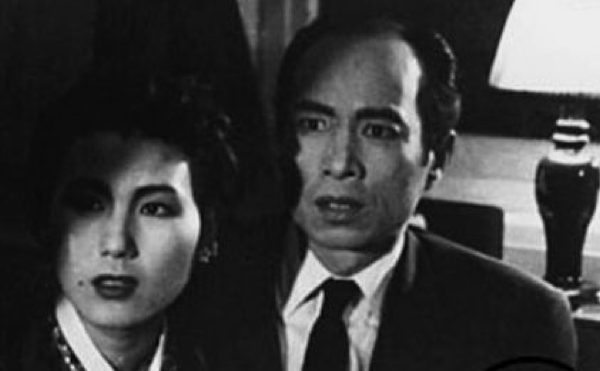