Not long after I moved to Korea, an American expat of decades’ standing described the country to me as approaching the end of its “long 1950s.” He meant, I think, that all the qualities we rightly or wrongly associate with America in the 1950s — family solidity, lifetime employment at large companies, robust economic growth, national self-esteem, public morality, broad societal consensus on a host of issues — only recently began to break down here. Whether to revere that era or to revile it, American culture still revisits the 1950s fairly often, and it tends to play off an image many of us came to know through television, the medium that defined it.

Television in America, which began with experimental broadcasts in the late 1920s and early 30s, took the basic form we know today in the 40s, but only after World War II did televisions themselves enter widespread use. South Korean television, in line with the country’s late but rapid development by comparison to the West, began broadcasting 1956, just three years after the end of the Korean War, and blew up in the following decade. And so we in the 21st century can now take a glimpse into that and the subsequent periods in Korean history with that most convenient form of time travel, watching the massive quantities of old television commercials available on the internet. 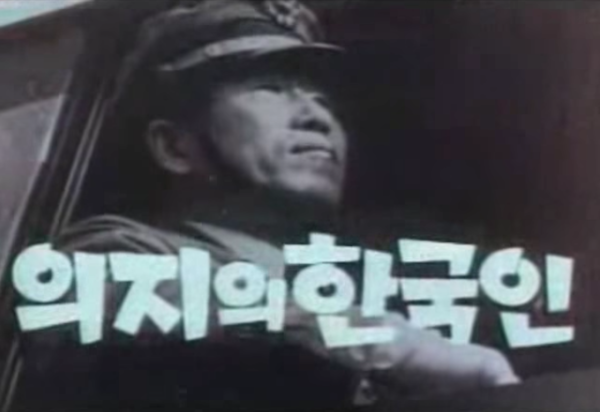 When I now attempt to explain something of the nature of Korea, I often describe it as an almost brand-new society trying simultaneously become as modern as possible and to connect itself directly to the distant past. This plays out in the oldest Korean commercial I’ve seen, an advertisement for a soap and toothpaste brand called Lucky that, in the course of well over two minutes, combines a crudely animated scene set in the Joseon Dynasty (the pre-colonial period from the late 14th to the late 19th century constantly revisited by television dramas in the subsequent six decades) with no small amount of footage of the industrial marvel that is the Lucky Factory itself.

As a kid, I enjoyed listening to tapes of American radio programs from the decades, since known as the “Golden Age of Radio,” before television took over. I grew, in that era of disaffected Gen X-ers and extreme-sporting cartoon animals, to appreciate the style of their commercials: earnest, long of duration, thoroughly domestic, and even more thoroughly explanatory. Early Korean television commercials have something of the same sensibility, and traces remain in the ones that air even today, though watching hundreds of examples of their predecessors over sixty years reveals the same basic transformation that American commercials went through: a steady march toward brevity, impression, and abstraction, toward the sale of a feeling rather than a product. (Still, the contrast with the high-definition slickness of the current Korean Youtube ads that occasionally run startles me every time.) 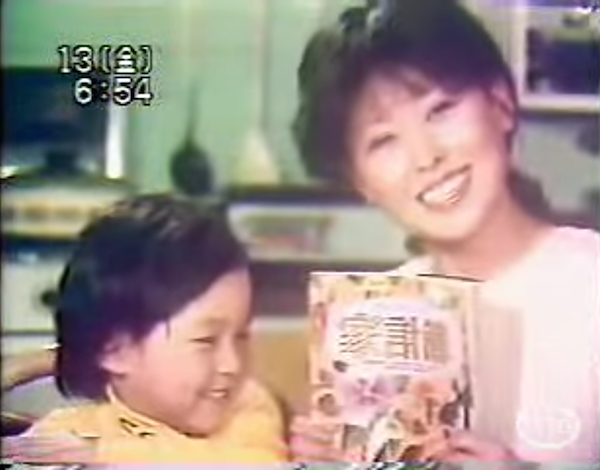 The United States already had an advanced consumer culture by the time most of its living rooms had televisions. Korea, by contrast, had to develop a consumer culture at the same time it developed a mass media — and at the same time as it developed everything else as well. Whereas historical American television commercials show changing attitudes, historical Korean television commercials show a fundamentally changing country, and an awareness of that change. A liquor spot of the 60s might almost burst into tears, apropos seemingly nothing, about how far Korea has come in such a short time. Later, at the end of the 80s, Kia launched a popular campaign, saturated with everyday glamor, for a subcompact car whose name says it all: the Pride.

The Pride still lives on the streets of Seoul where, apart from weary delivery trucks here and there, old vehicles do not, as a rule, exist. Kia has since put the model through several iterations, completely redesigned in-house, but any American auto enthusiast would recognize the original that happy, waving families and successful-looking young couples drove on television back in 1987 as nothing more than a re-badged Ford Festiva. In the closing shot of one of these spots, the proud driver and his date park alongside the Han River, sit on the hood of their Pride, and look toward the south bank. There stands the 63 Building, the gold-glassed skyscraper opened in 1985 (to televisual fanfare of its own) as a symbol of Korea’s arrival into modernity — albeit one designed by American architectural mega-firm Skidmore, Owings, and Merrill. 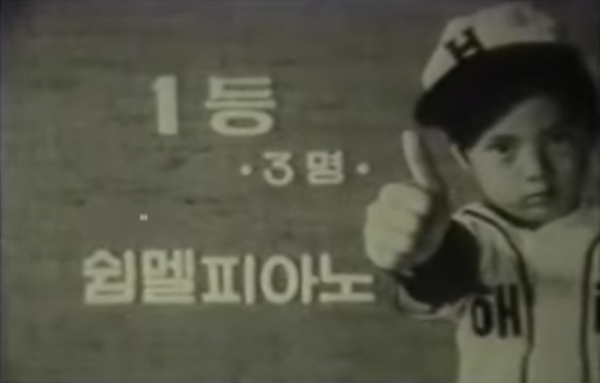 These commercials not only show a Korea modernizing fast, they show a Korea modernizing too fast to do so on its own terms. Logographic Chinese characters vanish from the screen in a matter of years. Visual references to cowboys, cobblestone streets, and the Statue of Liberty turn into ersatz Western brands of jeans and “France style wine,” followed by genuinely Western brands like Lacoste, Del Monte, J. Press (though the Japanese had bought it that quintessentially American outfitter whole by then) and the empire of Coca-Cola. Red bean ice cream bars, squid chips, and anchovy powder give way to boom boxes, sneakers, and Northwest Orient flights to Los Angeles, Seattle, and Chicago. Actual Westerners also showed up onscreen, a practice that dates back to at least the 1960s but started in force in the 80s, Korea’s the first decade of color broadcasting.

A Korean filmmaker who grew up then told me that most of those exotic actors hailed from Eastern Europe or Russia. “But we all saw them and thought, ‘White people! America! Good!’” he said, grinning and imitating a mindless thumbs-up. The accumulated effect of this sort of thing has caused a certain amount of public soul-searching about what constitutes true Koreanness. I recently read a book on Korean identity, for instance, whose professor author pointedly imagines a small African republic whose buildings all resemble Korean houses, whose service workers all struggle to speak Korean to all foreigners, and whose people all wear traditional Korean clothes and listen to Korean pop music — even while protesting that Koreans should get out of their country.

But the increasing similarities between Korea and the West, at least as Korea presents itself in commercials, throw into contrast the differences that remain. Right up into the 90s, you can see ads for not just books, but books of poetry. Advertisers, as well as their child actors dressed in mortarboards and gowns, know that parents will still shell out for anything that seems even remotely educational. (At least none of the older commercials play on viewers’ shame over their lack of English skills.) The factory-like wedding halls that grind through countless (culturally muddled) inductions into holy matrimony every day do just about as strong a business as ever. And come the Korean holidays, you can depend on all forms of media telling you just where to buy your pre-packaged gift boxes of Spam and toothpaste.

Though Korea came late to consumerism, sometimes I wonder whether it hasn’t by now beaten the West at its own game. When I ask other foreigners who have lived here longer what sort of “genuinely Korean experiences” they recommend, they usually come out the other side of their stumped bewilderment suggesting some form of shopping. Every visit by friends from other countries seems to lead to the same conclusion, all of them sooner or later ending up in Myeongdong, Seoul’s best-known shopping district filled with stores that advertise directly to the many Chinese and Japanese tourists who come expressly to buy, buy, and buy some more. It makes sense, in a way: when you’re required to engage with them, both television commercials and shopping feel bothersome indeed, but when you approach them purely as windows through which to view a culture, they show you much more than you might have expected to see.

Multicultural Love and its Discontents