I first learned of Kim Jong Il at the same time I learned of the country he ruled, and for years thereafter had no image to associate with North Korea but that of the high-living, Hollywood-obsessed Dear Leader with permed hair and platform shoes. This was back in my high school days of the late 1990s and early 2000s, a time when it came as a surprise that eccentric third-world dictators still existed at all. In subsequent years Kim would become more and more an international figure of fun, a process that culminated in his appearance as a grotesque marionette in South Park creators Trey Parker and Matt Stone’s film Team America: World Police. By the time Kim died in 2011 I had learned much more about both Koreas, North and South, but the only thing that struck me as notable about his son and successor Kim Jong-un was his having been born the same year as I was.

Though less of an oddity than his father, Kim Jong Un has proven to be the more compelling figure, especially to consumers of news in the West. That goes even more so for producers of news like Washington Post Beijing bureau chief Anna Fifield, who began her career in Asia in 2004 when the Financial Times sent her to Seoul. She eventually developed a desire to “find out everything there was to know” about the current ruler of North Korea, and its fruit is the new book The Great Successor: The Divinely Perfect Destiny of Brilliant Comrade Kim Jong Un. Applied by Fifield herself or not, that subtitle reflects the tone of the book, many of whose chapters open with epigraphs quoting the characteristically bombastic, tortured English in which North Korean propaganda pronounces on such subjects as the “monumental edifices of eternal value” built across that “socialist land of bliss,” the “thrice-cursed acts of treachery” committed a disgraced party member (Kim’s uncle Jang Song Thaek, whose subsequent execution was ordered by Kim himself), and the “icon of cultural efflorescence” that is the city of Pyongyang.

Few observers can resist the chance to poke fun at North Korea’s rhetoric, or indeed any other aspect of how the impoverished, belligerent “Hermit Kingdom” presents itself to the world. At the same time, the country also offers its observers an almost unparalleled opportunity to fire off high-handed pronouncements of their own, usually moral in character, on everything from the gulag-like system of prison camps made for dissenters to the enforced drabness of the clothing and hairstyles seen on the streets of the capital. “May you soon be free to follow your dreams,” Fifield writes to the people ruled over by the Kim dynasty in her book’s dedication, a statement neither particularly patronizing nor self-serving, which makes it quite refreshing by the standards of writing and speaking on North Korea — standards against which The Great Successor measures in every way as a superior work.

But as Fifield herself must know, that bar could stand to be raised. North Korea analyst Brian Reynolds Myers sees the field around him as “a kind of French Foreign Legion for would-be pundits with nowhere else to go, people who lack the background knowledge or language skills to weigh in on any of the world’s other flash points.” Myers himself speaks and reads Korean at a high level, abilities that enabled him to write The Cleanest Race: How North Koreans See Themselves and Why It Matters, one of the few essential books on North Korea in English. But most Western writing on North Korea — or on South Korea, for that matter — can be discarded out of hand due to its authors’ poor or nonexistent command of the Korean language and their resultant blindness to such essential parts of the picture as the considerable differences between what the Koreas tell the world and what they tell themselves.

Though she makes no great claims for her own Korean skills, the fact that Fifield speaks the language at all puts her at the top of the North Korea pundit class. Not that she has positioned herself as a pundit at all: her professional brand, developed formidably on Twitter and elsewhere, is that of an intrepid reporter, and The Great Successor finds her constantly hopping on planes to follow leads promising information on Kim and his intentions for North Korea. She talks to the usual suspects, such as the Japanese sushi chef who also served as a kind of playmate to Kim while working for his father, as well as a few unusual ones, like the few friends the young dictator-to-be (whom Fifield five times calls a “princeling”) had during his school years in Switzerland, as well as the aunt who looked after him there before fleeing to the United States. Fifield has also made a large number of trips to North Korea itself, a figure the introductions to her media appearances seldom fail to mention.

But Fifield’s hours logged north of the 38th parallel may not impress readers familiar with North Korea, who by now have sensed the meager value yielded by the kind of micromanaged tours permitted by the state. It may even faintly trouble those who know how deeply the fear of losing access to North Korean officialdom can compromise the foreign commentators who enjoy it. But the value of The Great Successor lies less in the revelatory nature of the information it offers about Kim Jong Un’s North Korea than the quantity and accessibility of that information. It is from Fifield’s book that more than a few readers will first learn of North Koreans’ widespread knowledge of just how much richer the South is (gained from pirated USB drives of Southern movie and television shows), of their equally wide use of low-grade methamphetamine (not least, in a still-hungry country, as an appetite suppressant), and of the modest but genuine recent gains in their standard of living (due in large part to the ostensibly communist regime’s ceasing to punish capitalist activity).

At times Fifield’s writing actually verges on overaccessibility, employing as it occasionally does such devices of the airport-thriller school of popular journalism as the dramatic single-sentence paragraph: “What I learned did not bode well for the twenty-five million people still trapped inside North Korea.” “Kim Jong-un was not going to be emasculated.” “Into all of this walked Dennis Rodman.” But realistically speaking, many who pick up The Great Successor will do so primarily to gawk at the spectacle of a basketball-obsessed “crazy fat kid” (in the words of the late Senator John McCain) who has become a menacing, nuclear missile-equipped daily presence in the news. They’ll derive much amusement from Kim’s many self-appointed titles — Invincible and Triumphant General, Decisive and Magnanimous Leader, Best Incarnation of Love — as well as from the stories, straight-facedly printed in textbooks and taught in schools, of his not just possessing encyclopedic military knowledge but having mastered driving at age eight and sharpshooting at age three.

In this Kim has simply followed the pattern set by the previous leaders of North Korea, to both of whom the country’s political mythology attributes ever-lengthening lists of implausible accomplishments. But he has also taken apparent pains to distance himself from his father Kim Jong Il, who lacked anything like the charisma to compensate for having taken power at the beginning of a period of famine, and model his “smiling dictator persona” directly on that of Kim Il Sung, the grandfather he never met. The Great Leader, as he is commonly known, has retained godlike status in the country he is seen to have founded, and even if most North Koreans “know that Kim Jong Un is not a capable person,” as one defector tells Fifield, the resemblances that do exist between grandfather and grandson (not least the will to act on the family ambition to unify the peninsula) haven’t gone unnoticed.

The very idea of being forced to worship a head of state — especially a head of state like Kim Jong Un — stokes in modern, liberal Westerners a kind of grim and supercilious fascination. But it also reminds us of our own buried longing to respect and even admire our leaders, a longing whose satisfaction is denied us as much by the obvious moral and intellectual failings of those leaders as by the need to see ourselves as believing in the essential equality of individuals as well as groups. In The Great Successor Fifield repeatedly invokes the 35-year-old Kim’s potential to rule for decade upon decade to come, but also confronts the question of how North Korea has lasted so long already, longer than the whole of the Soviet Union. “One of the most often overlooked factors is the fact that the Kim family has created a strong national identity and given people some reasons to be proud,” she writes. We’ll never fully understand the regime of North Korea, which has undoubtedly killed more people that we can know, until we understand how it also gives people a reason to live.

A Python Goes to Pyongyang (and Well Beyond): Michael Palin in North Korea 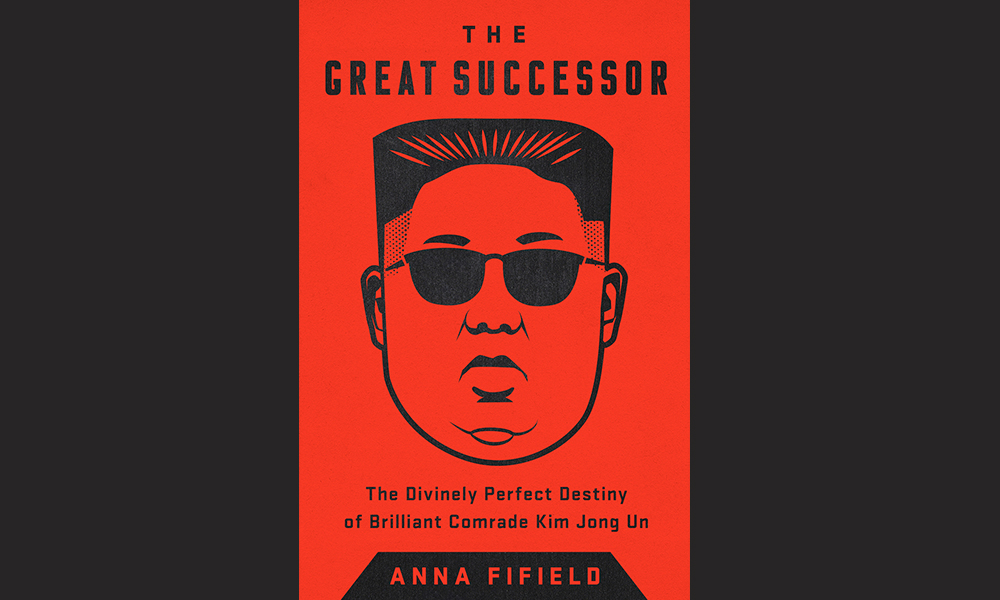