Much of South Korea had some or all of last week off work, owing to the chuseok fall harvest festival. Westerners in Seoul take the opportunity to enjoy a quieter version of the city while Koreans take the opportunity (or if you prefer, adhere to the obligation) to spend the holiday in their family’s provincial hometown. Westerners married to or otherwise involved with such Koreans discover with a start that, contrary to expectations they may have had of a cultural experience rich with tradition, families here increasingly tend to spend chuseok on their sectional sofas, having an experience rich with television. The networks, for their part, always make sure to keep the week’s programming interesting, and this year they found themselves blessed with additional abundance in the form of a political event to analyze, re-analyze, and then analyze the analyses of: the third inter-Korean summit in Pyongyang, capital of North Korea.

Not so long ago, relatively few knew what Pyongyang really looked like. At the peak of my own onetime fascination with North Korea, I had a hard time finding pictures of anything more interesting than looming concrete symbols like Monument to Party Founding and Juche Tower, the menacingly incomplete Ryugyong Hotel, and blue-uniformed traffic ladies standing sternly in the middle of otherwise deserted intersections. Now a single Google search turns up copious amounts of Pyongyang media, up to and including thorough visual documentation of its subway system, which those of us fascinated by North Korea used to half-suspect of being nothing more than a set piece orchestrated to impress visiting foreigners. Now even GQ posts galleries of streets shots taken in Pyongyang — and, since everyone knows that the government deliberately uses the capital as a prosperous showpiece, other parts of the country as well. 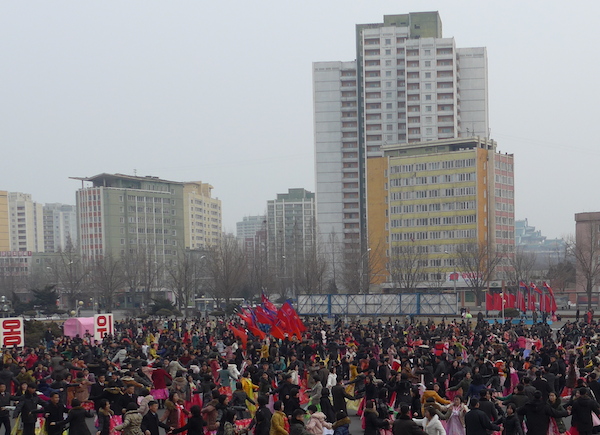 With no desire to see the officially approved sights — standard guided tours, as I understand, schedule a great deal of time at the feet of those Pyongyang monuments — I’ve never looked into traveling up north myself. The geopolitical situation has made it nearly impossible for Americans such as myself to do it now anyway, but in longtime Seoul expatriate circles you’ll find plenty of Westerners, of various nationalities, who’ve been not just once but many times. The attractions of Pyongyang fare poorly in comparison to those of Seoul, of course, even with all the Chinese money poured into the former of late, but those who have spent time in both cities often make a point of how much more colorful the poorer, emptier, more repressive one looks by contrast. Why, they wonder, does the capital of South Korea — the better Korea, as we Westerners know it, indeed the good Korea, the one to which all those starving Northerners must dream of escaping in between brainwashing sessions — look so gray?

I considered that question again while watching footage of South Korean president Moon Jae-in and North Korean supreme leader Kim Jong-un making their way from poor old Sunan International Airport through Pyongyang on the battered portable television at my local pojangmacha, a kind of pub run out of a tent on the sidewalk. As with this year’s previous inter-Korean summits in April and May, the same clips aired over and over with the repetitiveness of a Gulf War smart bomb, giving me a good look at the view of they city they presented. (That also went for July’s North Korea-U.S. summit in Singapore: thought showed almost nothing of consequence, the looping footage of Trump and Kim’s arrival that pre-empted Please Take Care of My Refrigerator (냉장고 부탁해), a favorite show of mine where chefs compete to make meals out of the contents of a celebrity’s fridge, did made Singapore look like an elaborately verdant LAX.)

Pyongyang did indeed look colorful, or at least the buildings looked colorful. It wouldn’t have been enough to get many Seoulites, even those most tiresomely vocal about how drab they find their city,  planning their relocation north come unification day. Still, the idea that Seoul sold its soul, so to speak, to the developmentalist ideology of the South Korea’s post-war decades dies hard, as does the vague notion that North Korea made the purer choice by “going its own way.” In the 21st century, Seoul has made serious strides to improve and rebrand itself as a human-centered, culturally oriented city with projects like the Cheonggyecheon Stream and the High Like-like Seoullo 7017, and Pyongyang, too, seems to have made its own kind of progress, documented in books like DOM’s architectural and cultural guide to the city as well as South Korean architect Dongwoo Yim’s more recent [UN]Precedented Pyongyang. 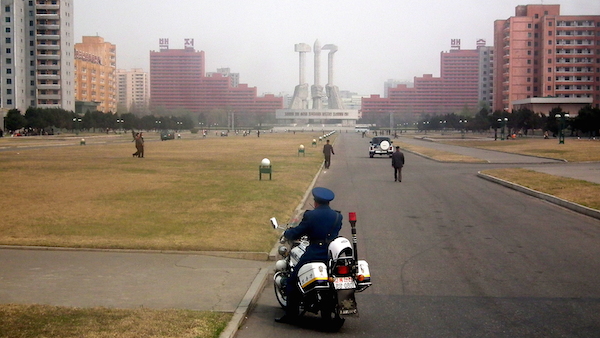 Architecture critic Oliver Wainwright’s Inside North Korea came out just this past summer, a few years after his first article on the urban space that is Pyongyang. “From the top of the Juche Tower, a gigantic candle-like obelisk that stands beside the river in the centre of Pyongyang, the capital does indeed unfold as a fairytale landscape — a sea of pastel-colored apartment blocks, painted in chalky pinks and yellows, baby blue and teal, punctuated by lush green parks, and with a variety of futurist forms poking up on the horizon,” he writes. It strikes him on the whole as “a highly theatrical city, where every vista is carefully framed, every route choreographed for maximum spatial impact. Walking through the city (or getting on and off a minibus) feels like moving through a series of stage sets. Marching colonnades and flanking wings of symmetrical monuments amplify the significance of whatever lies at the end of the grand axis — usually a statue of one of the Kims.”

The same question arises in most current English-language studies of Pyongyang: what will happen to the city after socialism? Yet in the economic sense North Korean socialism has already sputtered out — black markets take care of more of citizenry’s all the time — and in the cultural sense it shows surprisingly few signs of frailty. The more the West sees of North Korea, the more it seems to believe that the more North Koreans learn “what life is like” in richer South Korea, the greater the likelihood of mass defection in the name of the freedom to enjoy top-of-the-like skin-care products and Avengers movies in 4D. But by all accounts, the robust state of media smuggling has endured that North Koreans do know what life is like in South Korea, and even in America, and they’ve know for far longer than most of us have known about Pyongyang’s pastels.

Even with this year’s string of high-profile official meetings between the leaders of the North and the South (in addition to the frequent, much less publicized meetings that have long gone on between those lower on their respective totem poles) that have ostensibly brought these once-united lands closer together, Pyongyang still looks like Seoul’s shadow self: a city with splashes of color on its older (though sometimes better-maintained) buildings; with few visible stylistic trends to speak of, or indeed styles at all; with grotesquely triumphant murals instead of wall-to-wall advertisements; with no pojangmacha to be seen instead of very few; with framed newspaper pages instead of glowing video screens; and built with the utmost deliberateness instead of a pervasive haphazardness. Pyongyang has gained a great many skyscrapers and cellphones, though it has a while to go before catching up to Seoul in either department. As for whether Pyongyangites do anything more interesting when they get out of the capital for chuseok, I imagine we’ll have to see a few more inter-Korean summits before we find out. 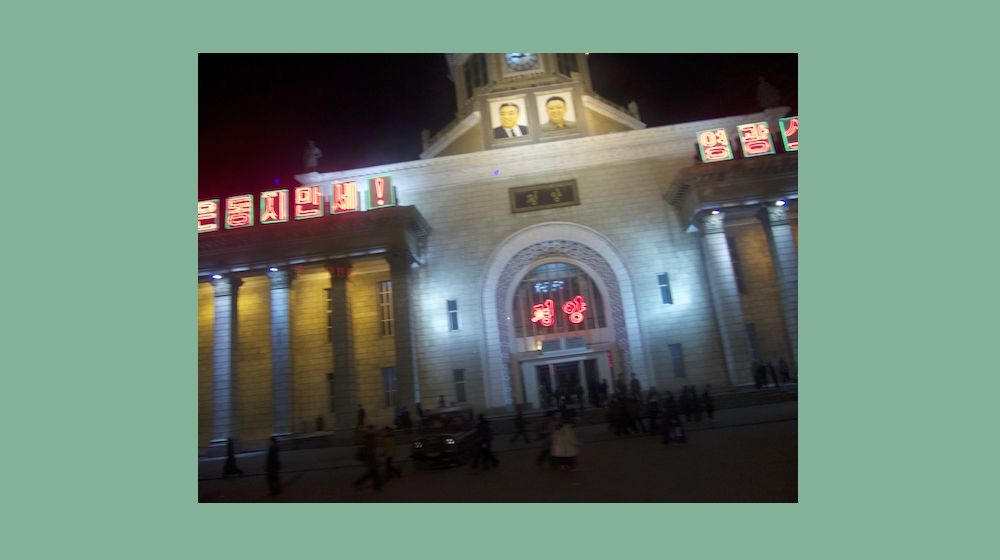