“Did you come because of the movie?” said a middle-aged man waiting a few places in front of me in line for fried chicken. He didn’t ask me, but a nearby family of four or five, and they had indeed come because of the movie, as had I. That movie, Lee Byeong-heon’s Extreme Job (극한직업), racked up more than 10 million ticket sales about two weeks after it opened in Korea January, a fairly staggering success in this country of 50 million people, especially for a comedy. The story of a bumbling team of detectives who stake out the headquarters of a drug-running operation by buying a chicken shop right across the street, it has made a fad of an unusual kind of fried chicken, one prepared with a marinade normally used for galbi, the beef short-rib dish available in Korean restaurants the world over.

Specifically, it has made a fad of galbi-marinade fried chicken available at the chicken shop I went to: Nammun Tongdak on the tourist-destination “Chicken Street” in Suwon, a large suburb about twenty miles from Seoul. Though it doesn’t have roots as deep as some of the other occupants of Chicken Street, its owners can claim to have put the dish on its menu two years ago, though they dropped it from the menu when it proved to be a slow seller, only bringing it back as soon as Extreme Job instilled in the public a jones for it, or at least an awareness of it. The movie’s main characters start using the recipe out of desperation: none of them have any experience frying chicken, so they have to make do with the culinary knowledge one of them picked up working at his family’s Suwon barbecue restaurant.

The hybrid dish immediately becomes a social-media sensation, and life has, to a degree, imitated art: even on a Monday afternoon, Nammun Tongdak had a line out the door and both floors filled with determined eaters. Though the taste of the chicken proved worth the trip — the Coca-Cola in the marinade gives it a metallic edge, though not an unpleasant one — I may never make another, not because of anything unpleasant about that particular chicken shop at all, but because there are so many to choose from, not just on Suwon’s Chicken Street but more or less everywhere in Korea. Known not by the Korean word for chicken used in other dishes but with the loanword chikin, fried chicken is, as any number of expat food bloggers might put it, not just a food in Korea but a way of life, a dish automatically chosen for so many gatherings of friends, classmates, or co-workers.

Both Korea’s boosters and detractors have cited the centrality of fried chicken in Korean life to make their points. On the one hand, who but vegetarians could argue with a society that offers so many chances to eat something so widely regarded as both delicious and fun? Fried chicken’s popularity must derive in large part from the ease of eating it in large groups (and with large quantities of alcohol). On the other, what kind of society works up so much enthusiasm for a low-class food imported from the other side of the world? But then, so many things currently thought of as Korean are less things Korean than Korean versions of foreign things, and to the extent that Korean fried chicken has an image abroad, it has a positive one: take, for instance, increasing number of Angelenos have come to swear by Kyochon, a well-known chicken chain here in Korea, since it opened up its sole US location on Wilshire Boulevard.

As fried chicken has become one of the default foods to go out for (or, through one of several apps, have delivered) in Korea, fried chicken shops have become one of the default businesses to open. For quite some time, mom-and-pop chicken restaurants appeared to be the province of literal moms and pops, the latter having been forced out of their jobs as engineers at Samsung and into early “retirement.” But the image of the chicken shop, like that of the coffee shop before it, has lately shifted from a business through which older people can stay busy and just about pay the bills to a business through which younger people can break out of their humdrum existence and realize their dreams. 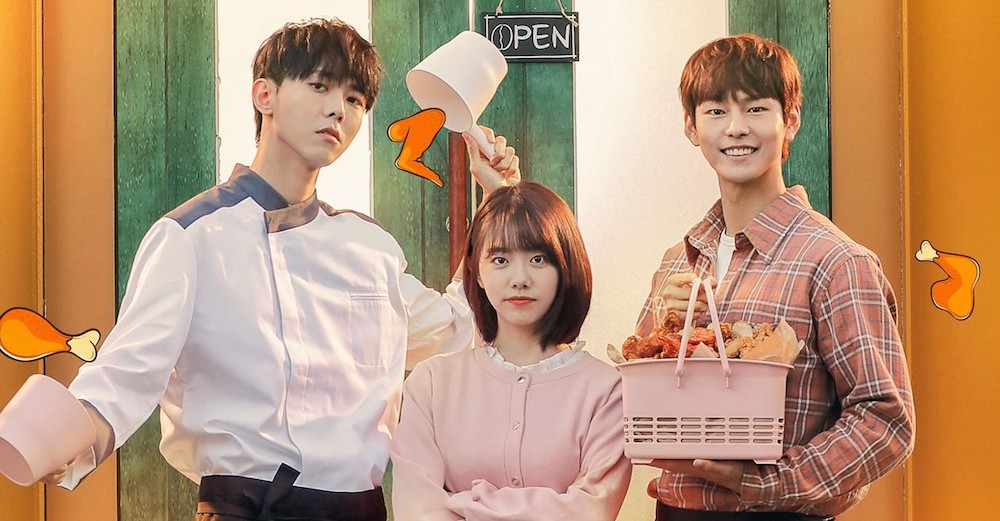 Just as the coffee shop inspired a television drama, 2007’s international hit Coffee Prince (커피프린스 1호점), the chicken shop has inspired The Best Chicken (최고의 치킨), which aired this past January and February on Maeil Broadcasting Network (MBN). Its cast of characters includes the 28-year-old Choi-go, who voluntarily quits his corporate job in order to go into the chicken business, and the 25-year-old Bo-ah, who lives above and managing her grandfather’s failing bathhouse — the only space, it just so happens, within Choi-go’s price range. Bo-ah’s grandfather rents Choi-go the bathhouse to convert into a chicken shop, but not before laying down one condition: that Choi-go employ his granddaughter. Resentful at having her slacker’s life turned upside down, Bo-ah does her level best to take down Choi-go’s operation from the inside, at least for the first few episodes.

Bo-ah has a dream of her own: to become the creator of the kind of internet comic strip, or “webtoon,” beloved of a sizable base of readers in Korea. Many Koreans her age and younger surely share that dream, one of the most visible escape routes from the more stiflingly conventional careers endured by their parents’ generation, if not the most viable one. In recent years the rise of a number of content-rich webtoon platforms has ensured that all new entrants into the field face stiff competition from which they must set themselves apart at once. In its essence, the situation hardly differs from that of the aspiring chicken-shop mogul, who must compete with not just the countless moms and pops but Korean chains like Kyochon and the likes of Popeye’s and KFC as well.

KFC has recently been marketing itself in Korea by rebranding those familiar three letters as “Korean Fried Chicken,” accessorizing Colonel Sanders with an aristocrat’s traditional horsehair hat, but it still doesn’t enjoy quite the profile it does in Japan. As every connoisseur of postmodern cross-cultural oddity knows, the Japanese have since the 1970s put in their Christmas dinner orders at KFC weeks in advance, laboring under the impression — instilled by a canny executive said to have received the idea in a dream  — that they’re partaking of a time-honored American tradition. Every holiday season I see Japanese people express shock on social media at having found out that Americans don’t really sit down to family-size chicken buckets on Christmas Eve, but for whatever reason the association between KFC and Christmas seems not to have made it to Korea. Maybe it has to do with the fact that this country, for better or for worse, pays much more direct attention to the West, and so imitates it that much more rigorously.

Hence, perhaps, the near-complete disappearance of the old-style bathhouses of the kind seen in the first episode of The Best Chicken. Choi-go (a homophone of the Korean word for “best”) finds one unique selling proposition by turning the old bathhouse into an old bathhouse-themed chicken shop. It reminds me of the most memorable bakery I’ve yet visited in Japan (a land of not a few memorable bakeries), a converted 1930s-era bathhouse in Kyoto. Right afterward I went to a still-operational bathhouse of a similar vintage elsewhere in Kyoto, proving that, past though its heyday may be, the culture of public bathing lives on in Japan. But though I’ve paid more visits to Japanese sento than I can count, the only mogyoktang I know in my neighborhood in Seoul shut down months ago, and whatever has replaced it, it seems to have neither baked goods nor fried chicken.

When I talk to film fans from other countries who visit Korea, they often remark on how surprising it is that the theaters are showing not just Hollywood movies but Korean ones as well — a surprise that deepens if they find out that 18 of the 20 top-grossing movies of all time in Korea are Korean-made. That figure is right in line with the vast amount of content (or, to bring out another common bit of Konglish, kontentcheu) produced in Korea in general, not just for theaters but television, streaming video, webtoon platforms, and even print. That does enrich life here, especially for the outside observer, but it also tends to result in many if not most Korean content producers scrambling, often driven by trends, for the same target already proven lucrative — the cops-and-robbers action comedy, the entrepreneurial romance drama — the minor variations like so many slightly different flavors of chicken. Even so, I’ve never had a fried-chicken meal Korea that was less than delicious. Or rather, I have, but it came from KFC.