Even the least well-traveled Americans have a mental image — no matter how fantastical, outdated, or simply inaccurate — of cities like London, Paris, or Tokyo. But bring up Seoul, and apart from a few of the more garish sights seen in the “Gangnam Style” video, most of my countrymen draw a complete blank. I actually lamented this just today to a lady who works for Seoul’s city government, an organization that knows all too well the Korean capital’s lack of international recognizability.

That, given the steady flow of mostly Seoul-produced Korean cultural exports, will change in time, but therein lies the multi-million-dollar question: what will form that the ready-to-hand international image we all one day have of Seoul? Or perhaps, given the money Seoul has put into self-promotion in recent years, we should call it the multi-billion-won question. Some of that money funded “Seoul, Our Movie,” a campaign that called for video clips of everyday urban life there and ultimately brought in over 11,000 of them, shot on everything from film-industry-professional cameras to cellphones by people from all around the world. 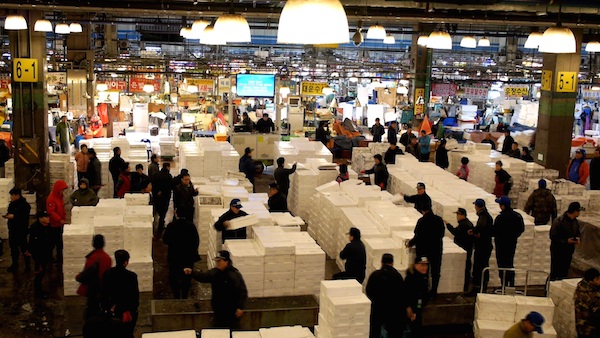 The filmmaking brothers Park Chan-kyong and Park Chan-wook (known together as PARKing CHANce) edited and soundscaped about 150 of them into an admirably coherent hour-long movie. (You may know the latter Park brother for having directed pictures like Joint Security Area, the first Korean movie I personally every knowingly watched, the grotesque thriller turned unexpected flagship of Korean cinema Oldboy, and the more recent international collaboration Stoker.) If you’ve never been to Seoul and want at least some foundation on which to base your own mental image of the city, you could do much worse than give that hour-long movie, which appeared with the title Bitter, Sweet, Seoul (고진감래, a saying meaning “sweet after bitter” or “pleasure after pain”), a watch, which you can do free on Youtube.

The viewing experience will provide you with glimpses of a host of elements of the Seoul experience, including but not limited to mechanized parking garages, bowing robots, forests of concrete apartment towers, people compulsively taking and viewing pictures of things, journeys on various conveyances across (and down) the Han River, the aftermath of infrastructural disaster, commutes on the buses and trains, elderly street vendors, even more elderly women tasked with manual labor, deliverymen scooting to and fro, all-seeing CCTV surveillance cameras, swarming police troops, neon-illuminated crosses, traces of shamanism, amplified public proselytization, Chinese shoppers, various performers in animal costume, a girl opening her very own coffee shop, and children dancing before video screens. 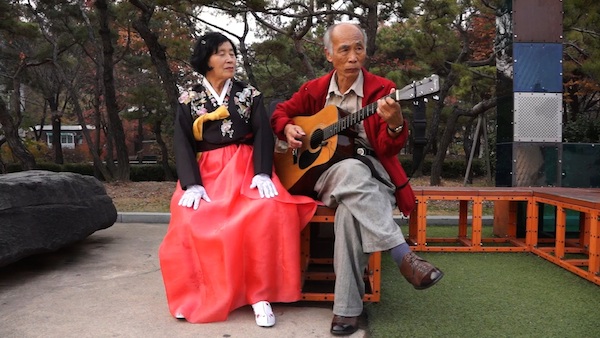 I shouldn’t imply that Seoul has no image at all in anyone’s mind; there does exist a faint, received view of the it as a gray, crowded, harshly pragmatic sort of place, a kind of Asian capitalist boomtown version of a drab Soviet capital, a city that has known only the forces of destruction and construction, an unforgiving urban grind whose people work themselves nearly to death (between bouts of misery-palliating drunkenness) that they may emigrate from it. When you talk to Koreans who did emigrate, especially if they did so between the 1960s and the 1980s, they probably remember a Seoul not terribly unlike that; as for the Korean War veterans who didn’t care if they never even heard the place’s name again, they probably remember an ever worse one — one we see in bits of grainy wartime footage included for comparison and contrast to the modern megalopolis in Bitter, Sweet, Seoul.

As the film reveals, Seoul has changed. But as it also reveals, Seoul hasn’t made a complete 180 from hardscrabble backwater to Fun City, ROK. It may never become as tourist-renowned as Paris or even Tokyo, but I consider that wholly to its credit. I’d rather not live in a city where every tenth person on the street has a Lonely Planet guidebook in hand (although you can already spot a fair few of their Chinese equivalents), or one that practically comes ready-made with landmarks in front of which to photograph oneself. Not that constant, widespread, and habitual selfie-, or selka- (셀카) taking doesn’t happen here in Seoul; there just aren’t so many canonized locations in which to do it. 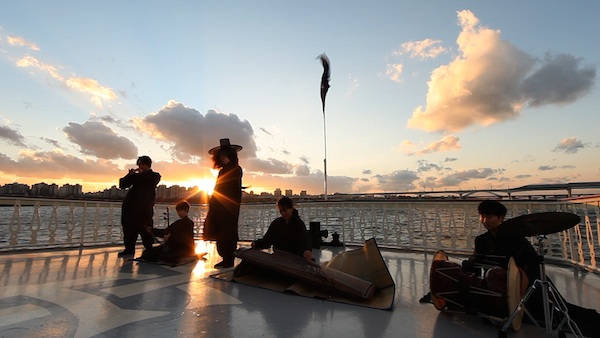 This aligns with my personal taste for unromanticized cities. Others in my favored group include Toronto, whose reputation for bland stolidity masks untold urban riches; Osaka, powered by an avowedly uncouth commercial energy that sets it vigorously apart from the rest of Japan; and indeed Los Angeles, subject though it is to more mythologizing than most cities, but whose departures from traditional city forms and sensibilities invariably color that mythology with disdain, or the perception thereof. Seoul may not boast much inherent romance, but it has the much more appealing quality — at least to me — of not needing to.

Then again, just after my conversation with that representative from City Hall, I did go right out the front of City Hall to Seoul Plaza (that popular protest site) to join my girlfriend for an afternoon of ice-skating in the rink the city sets up every year, just about as happy an urban experience as one can imagine. Some of the footage used in Bitter, Sweet, Seoul consists of interviews with men and women on the street about their feelings for the city, though few of the interviewees can put those feelings, if they admit to having any into the first place, into concrete terms. The most telling response, to my mind, comes from a young soldier who, when asked what Seoul means to him, responds, “A place where 24 hours in a day is not enough.” Putting the finishing touches on the post well after midnight at the end of a full day indeed, I think I know just what he means. 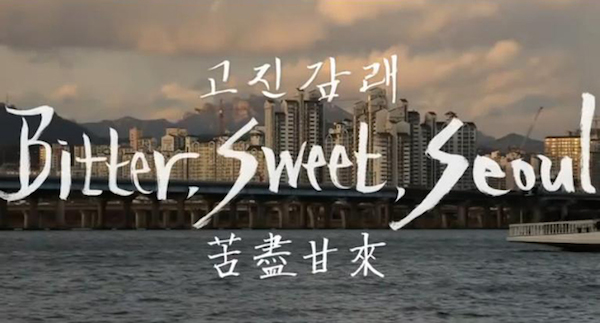