The first “By the Album” Q&A I did was with Ian Rankin, a crime writer who plays in a band on the side, regularly works music into his novels, and when I interviewed him, was about to come to Southern California to do a book talk in San Diego and a Los Angeles Review of Books cocktails-with-the-author event in Silver Lake. It seemed only natural to follow that one up with an interview with Lisa Brackmann. Not only is she another crime writer who plays in a band but she was also set to moderate Rankin’s San Diego bookstore appearance. So far, so logical, but why turn next to Jiayang Fan, who is neither a crime novelist nor, at least as far as I know, someone who moonlights singing or playing an instrument? Well, like Rankin earlier this year, she’s about to come to Southern California to do events, in her case to give a public talk for UC Irvine’s Long US-China Institute and also conduct a Master Class for UCI’s Literary Journalism Program (both free and open to the public). Like Brackmann, Fan has not only physically moved between China and the United States a lot during her life, but also toggles between the two settings in her writing. Last but far from least, several of her most interesting contributions to the New Yorker, from a lively look at a Chinese “boy band” made up of girls to a wonderful recent profile of Canto-pop singer Denise Ho, have dealt with music.

JEFFREY WASSERSTROM: In part because I was so impressed by the way she was handling the political issues you describe in your profile of her, a few years ago Denise Ho — someone I’ve co-written a piece about but never met — joined my personal list of the three musicians I’d most like to have at a dinner party. Who are the three you’d invite?

Which if any of the solo musicians or groups you’ve written about — and I should mention that a list of them includes, along with those already mentioned, the actress and also rapper Awkwafina, Justin Bieber, and Peng Liyuan, the singer who is married to Xi Jinping — are ones whose songs you listen to for enjoyment rather than research?

All of the above, in different periods of my life. Peng was more through the loudspeakers in the army compound where I grew up, so it’s hard to distinguish between when I started liking it and when I was resigned to it as a condition of existence.

Jazz! I think I’m too ignorant and impatient or maybe both. It’s not that I dislike it but I’m just more indifferent than I think is appropriate.

Can you remember the first music from the West you heard in China as a child, or the first imported song that made a real impression on you?

When my mother sang Happy Birthday to me in English when I was five or six (not even sure it’s Western in origins?) but she sang it in English and I couldn’t understand how her tongue did that and it felt like magic.

In the underground subway stations when old Chinese men play er-hu, an ancient melancholy Chinese instrument. Every single time, something in me wells up in the most unexpected way and I can’t explain it.

All sorts of curious things can happen when holiday traditions flow from China to the West or the West to China. Alec Ash, one of the China Channel’s two Executive Editors, recently gave some non-music-related examples of this in a piece on youth culture that went up on that LARB partner site. Any chance you have a theory on the much discussed topic — albeit only among those obsessed with the PRC and global cultural flows — of why Santa Claus is so often portrayed in China playing the saxophone?

Oh my god, I was not aware of such a development. Down the Wiki rabbithole I go tonight!

Okay, the lightning round. Backstreet Boys or Indigo Girls?

Backstreet Boys (nostalgia for the ’90s teenybopper in me).

I had to Google Freddy Lim just now and last week I confessed to my editor that I didn’t know who Queen was until I interviewed Denise Ho.

One after the other with no intermission.

They resemble interchangeable pirates to me, so I’m gonna have to go with neither. 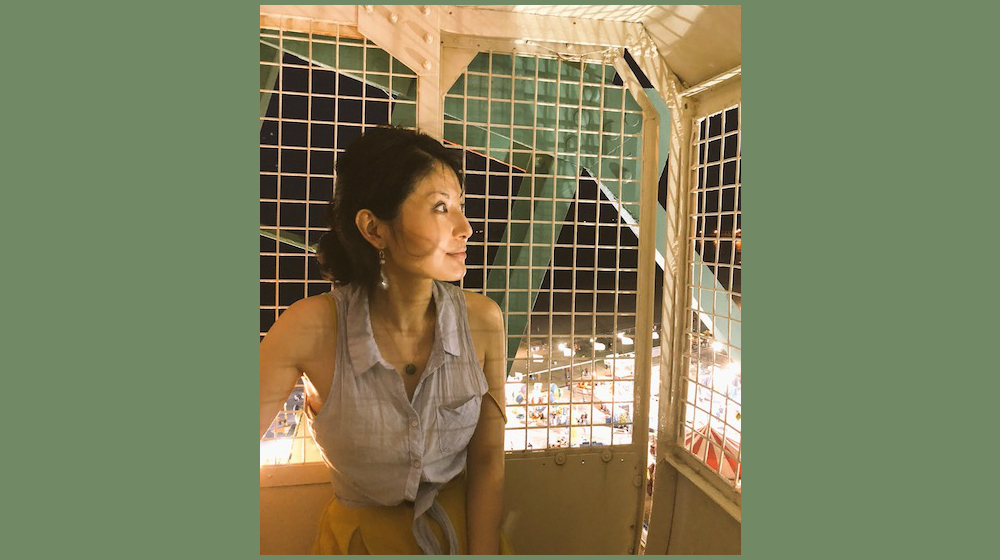