The Los Angeles Review of Books will be hosting an evening with Ian Rankin at a private home on January 30. Click here for details and tickets.

The New York Times recently interviewed Ian Rankin for their “By the Book” feature, and the result was likely an enjoyable read for any fan of the author. At least, it was for this one. And yet, I couldn’t help noticing that amidst all the questions about literature, one of Rankin’s passions, there were none about music. Just how important music is to him comes through in recent profiles of the author (that sometimes mention his playing in a band), in his novels (that often refer to what John Rebus is listening to when on his own or what he is trying to get Siobhan Clarke to listen to when they are on cases together), and in his active and wide ranging Twitter feed (capsule description of himself: “Edinburgh-based crime writer, interested in beer and music”). So, seizing an opportunity to pry into the tastes of an author I admire, and taking advantage of his having a new book just out in the US and a tour planned to promote, as well as the fact we met briefly at the 2017 Hong Kong International Literary Festival, I contacted Rankin to ask him to do a follow up only-music-questions interview with me for the Los Angeles Review of Books. He said yes, so here goes, with some borrowing from the “By the Book” format and also, in the form of some lightning round choices between two options, borrowing from the TLS’s Twenty Questions series with authors:

JEFFREY WASSERSTROM: Is your taste in music more like Rebus or Siobhan’s?

IAN RANKIN: A bit of both. I’m younger than Rebus and older than Siobhan Clarke. Rebus predominantly listens to rock from the 1960s and ’70s, while Siobhan prefers newer bands such as Mogwai. Me, I’ll listen to pretty much anything, including jazz and modern classical.

I know that you and Peter Robinson are fond of one another’s books, but do you think his main detective Alan Banks and Rebus would drive each other crazy with their respective musical preferences if they ever worked in close quarters for a long stretch on a case?

I have found that pretty much every mystery author is a music fan. Many of us would rather have been rock stars than writers but we lacked a certain something. I dare say Banks and Rebus would trade jibes over a pint in some ill-lit hostelry. Their creators are more equable…

I’ve read about you having been in a band in your twenties and being in one again, but I don’t remember seeing anything about whether you wrote songs for the old one or write songs for the new one. Do you?

When I was 19 I was in a new wave band called the Dancing Pigs. I sang and wrote the lyrics. We never got anywhere. Year before last, I was approached by a couple of journalist friends who got together and jammed every now and then. I joined them as vocalist and wrote some lyrics. We only have four or five original songs that we are happy with, but it’s fun to pretend we might get somewhere. Our band name? Best Picture. Shamelessly, I’ve just penned some lyrics for a song called “In A House Of Lies.”

Have you ever found a way to bring one of your bands into a novel?

The Dancing Pigs featured in my novel “Black and Blue,” where they were magically transformed from a bunch of losers to international hit-makers in the style of U2 or REM.

I was going to ask you to name the albums you would want to be stuck with as a castaway. As someone trained in history, though, I felt it necessary to do some background research on your past before interviewing you (e.g. run a couple of Google searches) and I discovered that you have already done a BBC “Desert Island Discs” program, so I’ll ask instead what five albums Siobhan would choose.

Desert Island Discs was a tough gig. You’re allowed eight songs. My initial longlist ran to over 40! What five albums would Siobhan Clarke choose? Maybe ones by Mogwai, Belle and Sebastian, Blue Rose Code, Boards of Canada, and the Cocteau Twins. Those are all Scottish bands — it’s good to see her flying the flag!

You’re having a dinner party and can invite three musicians. Who do you invite?

Living or dead? Miles Davis, John Coltrane, and Eddie Harris might be fun. So too Bowie, Brian Eno, and Kate Bush. Keith Richards, Jimmy Page, and Jimi Hendrix? (This could be a long game…)

Oh, Van Morrison every time. I’ve interviewed him on stage a few times. He’s endlessly fascinating and quite the one-off.

Haha! I get the feeling Phil would be fun, and I’d love to ask him about working with one of my heroes, John Martyn.

The Beastie Boys or the Indigo Girls?

Never really got into rap, so it’ll have to be the Indigo Girls.

Costello wrote the greatest three minutes of noir ever (“Watching the Detectives”), but my mother loved Presley so in her memory I’ll opt for The King.

Played well, banjo. But above both I’d place the bagpipesque skirl of Big Country’s guitar sound.

“Bonnie Dundee” or “My Bonnie Lies Over the Ocean”?

My father used to sing the latter when trying to get babies off to sleep, so that one wins for me.

I do love vinyl, but CDs have their place — especially when I’m writing and don’t want to have to take a break every 20 minutes to flip the record over.

Jazz, reminding me that I haven’t been to New Orleans in almost 30 years…

My wife Miranda is a huge Armatrading fan; she got me listening to her back when we were students. Mind you, she also took our son Jack to see Ms Baez a few years back. Very tough call…

I saw the Stones play Edinburgh this past summer. Keith might have the better stories to tell, but Jagger’s energy and front-man chops are unparalleled. So just for today, let’s say Mick. 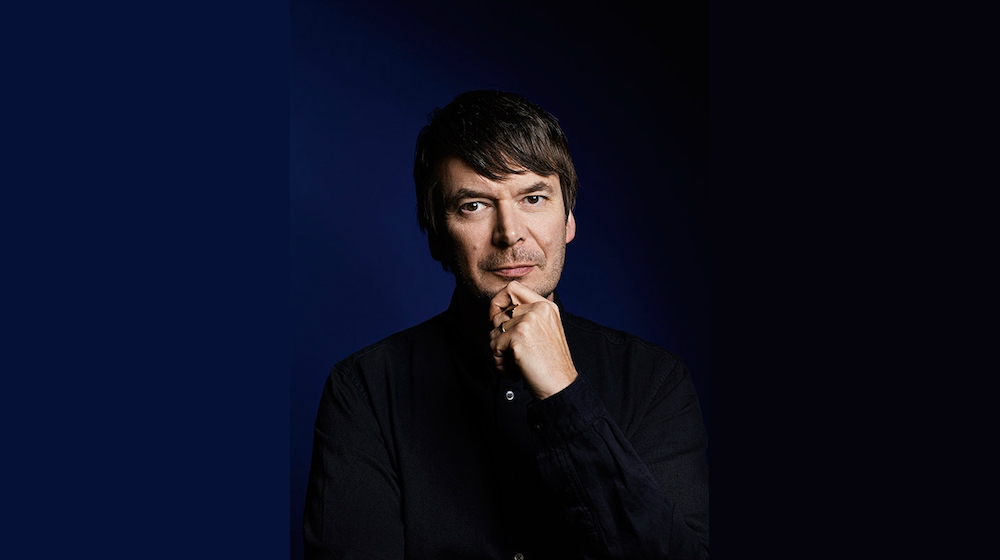