Lisa Brackmann is the author of a trio of China-set noir novels, which I regularly recommend to anyone looking for rollicking reads that, in passing, convey important things about a fast-changing country. Her latest work, Black Swan Rising, a crime novel not set in China, just got a rave review in LARB (Désirée Zamorano calls it a “tremendous book”). And she has played in bands at different points in her varied career (click here for sample songs with her band, The Pickups). All this made her an easy choice to invite to do a second “By the Album” (writers talking about music) interview, once BLARB editor Ellie Duke kindly told me that the debut one with Ian Rankin was enjoyable enough for all concerned to have it launch a series.

Two other things are worth noting before I begin the interview, which once again will borrow from the formats of the New York Times’s By the Book series and the TLS’s Twenty Questions one. First, Brackmann is joining Rankin for an “in conversation with” event in San Diego at the Mysterious Galaxy bookstore on January 27 — part of the same North American tour that is bringing the Rebus creator to the City of Angles to make an appearance sponsored by the Los Angeles Review of Books. Second, having been on a couple of panels with Brackmann on writing about China in varied genres, I know that on occasion she can express herself engagingly in cantankerously candid, wonderfully witty ways (no pressure to illustrate these traits here or anything, Lisa). Without further ado, here goes:

JEFFREY WASSERSTROM: In which book of yours does music figure most centrally — and how does it figure?

LISA BRACKMANN: I can’t really say that it figures strongly in any of my books to date. I’m at the beginning stages of contemplating another book set in San Diego that would feature local musicians. I was inspired by writing a story for an upcoming Go-Go’s-themed crime fiction anthology (Murder-a-Go-Go’s: Crime Fiction Inspired by the Music of The Go-Go’s) where I used a lot of my own experiences playing in bands in Los Angeles in the late 80s. Now that I’m playing in bands again here in San Diego, I think it’s such an interesting world and cast of characters. We’ll see what I come up with.

Not an entire genre, but I tend to like melody in my music, and I have a short attention span, so if it’s too repetitive and lacks melody, I’m probably not going to like it much. So a lot of hardcore metal and thrash leaves me cold but I like bands like System of a Down, when they’re doing all those modal melodies, and X. Same thing with hip-hop. It’s gotta have a hook, preferably a chorus — I haven’t really explored the genre as much as I should for that reason, but every once in a while I hear something I really like. I’m also not a fan of modern pop for the most part. Just too produced and not interesting to me.

Is there any genre or just song that you feel you really shouldn’t like, but you do?

Showtunes! I grew up on the stuff. Also a lot of cheesy older pop/rock music — I try to find the worst song I can think of to do as a vocal soundcheck. Just because.

What genre of music have you played the most in your bands?

Originals that I wrote. In this current band, Plunderbund, we play a few covers. Two of them are by Radiohead. Make of that what you will!

You are having a dinner party and get to invite three musicians, who are they?

I’d invite either David Byrne or Tina Weymouth (I’m not sure they get along so they probably would have to come to separate parties). Paul McCartney, because he’s Paul McCartney. And, if I can invite someone who is no longer with us, David Bowie, and, if not, Brian Eno. If I can add a person, I’d want to talk to some women about what their experiences were like: Carol Kaye, who is a pioneer of the electric bass, particularly playing with a pick (I can’t play with a pick at all) and who is on so many classic Motown tracks, or maybe Chrissie Hynde just for general bad-assery.

When you first went to China, just as it was beginning to open up to more to Western culture in the wake of Mao Zedong’s death and not long after that Deng Xiaoping’s rise, did you go through musical withdrawals being cut off from things you were used to listening to, or did you bring enough cassettes tapes with you or find enough new music you liked to carry you through?

Wow, that’s a whole story. I lived and traveled with a good friend who’d brought along a sort of proto-boom box that had two cassette decks in it so you could dub things. It was a monster. There was no way I’d want to be saddled with that while traveling but it was sure great to have in China. Plus we had a friend in San Diego who would send us tapes of new music, so Beijing was where I first heard the Clash, for example. I was so excited when she sent Talking Heads’s Fear of Music. Bowie’s The Lodger was a constant soundtrack. There’s a song called “Thunder Ocean” that ends with the line, “The hinterlands! The hinterlands! We’re gonna sail to the hinterlands!” which seemed apropos, especially when we were traveling.

Plus, we were living in Beijing at a time when Chinese people simply had not heard much or any rock music before. The Carpenters were popular though. My friend would get asked to dub Carpenters tapes for various professors, and we’d usually add something weird at the end, like the Residents (we were young). And we made compilation tapes for some students who were interested — classic stuff and then the edgier New Wave music we both liked.

But the best part and what really made me understand the power of music in a way that I never had before was when we had parties for groups of students at the Friendship Hotel. We’d play the music as loud as it could go (and this proto-boom box was LOUD) and they’d dance. And I realized that these “kids,” some of the first students to attend college after the reopening of the universities post-Cultural Revolution, many of whom had been “sent down” to the countryside before that, had never danced like this before this moment. Their unrestricted movements, the unbridled joy on their faces, all of this made me think, “hey, I want to do this. I want to play in a band.” So when I returned to San Diego, I learned the bass guitar and how to sing.

The Beach Boys or the Indigo Girls?

Uhhhh…Probably the Beach Boys? I’m embarrassed to say that I don’t really know the Indigo Girls.

California: Hotel or Dreamin’ (on such a Winter’s day)?

Dreamin’ — I love singing harmony. But I do love hearing bar bands around the world play Hotel California. Also the time a place by the Shanghai train station had it playing on an endless loop on exterior speakers. I know not why.

Probably Puccini. But I have John Adams’s Nixon in China mostly memorized and can sing a lot of the arias (not well, but I can sing them!).

Vinyl. I have both but right now am limited to the dreaded MP3s. Cannot wait to have a turntable and a CD player again.

Smith, Will or Patti?

Keith. Sorry, Mick, I admire your fitness and stamina, but I never did like your voice. 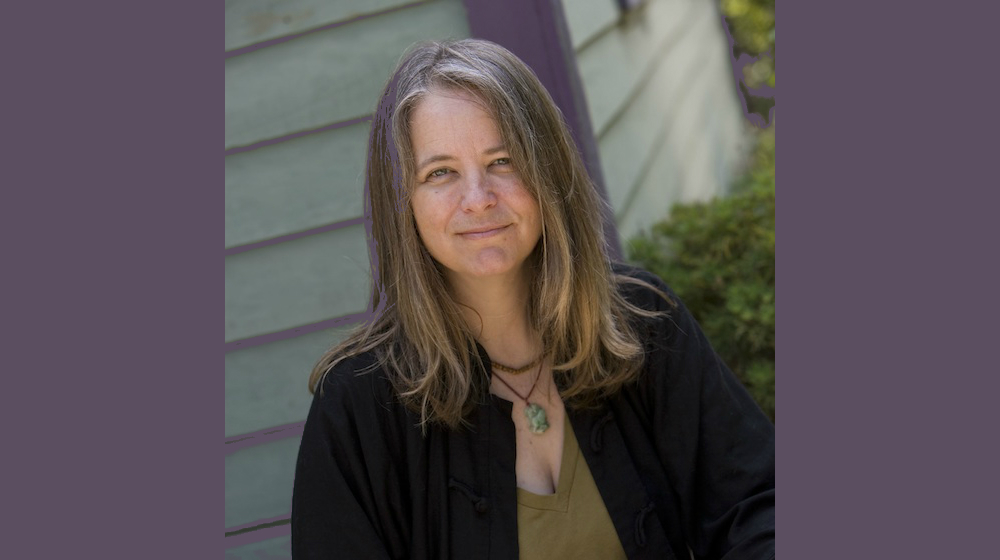