“Penguin’s English translation of The Things You Can See Only When You Slow Down comes out in America on February 7th,” tweeted South Korea’s most famous monk, in Korean, at the beginning of this year. “At about the same time, it’s scheduled to come out in fifteen other Western countries like England, Spain, Brazil, Russia, Sweden as well. Please understand my frequent tweeting in English.” Up to that point, communicating with his readers in only his and presumably their native language, Haemin Sunim (sunim, or 스님, being the honorific title for a Buddhist monk) amassed a crowd of followers now numbering 1.24 million. That would qualify him as a Twitter celebrity by any standard, but in beginning to tweet in English, Haemin Sunim effectively announced an attempt to take it the next level.

The Korean edition of The Things You Can Only See When You Slow Down (멈추면 비로소 보이는 것들), his second book, came out in 2010 and quickly turned bestseller, thus setting up high expectations, easily fulfilled, for his most recent, last year’s Love for the Imperfect (완벽하지 않은 것들에 대한 사랑). Both draw on the original source of this fresh-faced, gray-robed figure’s fame, his stream of tweets (as well occasional pictures of animals or of himself hugging fans), the most liked and retweeted of which — here translated by me, but in the English version of his book surely translated much better — include the following:

When you’re troubled and anxious, ask yourself: is there anything I can change about this future that worries me? Don’t those worries make you miss out on the moment? If there’s nothing you can change, put your heart in the present and feel the preciousness of the moment.

Be good, even to you. While you gold-heartedly take on the tasks others don’t want to, don’t you also have a hard time? Hearing nice words from other people is fine, but being good to yourself is important.

Don’t try too hard to find out what other people think of you. The harder you try, the more you simply hand the leadership of your live over to the thoughts of others. Live life with the confidence to be its protagonist. Hwaiting!

That last term, a Koreanization of the English word “fighting” (English education in Korea having the mysterious tendency to conflate gerund and imperative), functions as an all-purpose cry of encouragement here, and Haemin Sunim provides nothing if not encouragement.

His venture into English tweeting over the past few months has produced sensible exhortations not to “decline too often” (for “if you insist that you need to be more prepared, you may not be invited again when you feel finally ready”), not to “shoot off a text or an email right then and there” about whatever infuriates you (“a wise person sleeps on it”), and to “choose happiness, not success, as your life’s goal. If you become successful but aren’t happy, then what is the point?” Few could argue with all this, and if Haemin Sunim ends up getting less traction than expected in the West, the problem may well have to do with his thoroughly uncontroversial nature. (As recent events and other prominent tweeters have reminded us, intemperance sells, and sells big.) His advice about marriage and family has also gone over well in this country where the traditional practices supporting those institutions now show real frailty.

That said, not everyone loves Haemin Sunim, and the view of him as a huckster selling and indeed merchandising feel-good trivialities, though seldom vehemently held, does exist. But whether tweeted or printed, his words clearly satisfy an apparent need among Koreans much as do those of Alain de Botton, one of the most famous living foreign writers here and no stranger to charges of shallowness and overmarketing himself. On opening the Seoul branch of his for-profit educational venture The School of Life, he described Korea as “a wonderful country, but in many areas a country in pain.” (Those Koreans who come out of The School of Life with pain still unhealed can now also pay a visit to Haemin Sunim’s 마음치유학교, or “Heart-Healing School.”)

When de Botton’s book Status Anxiety came out in Korea, it did so under the title 불안, simply the Korean word for “anxiety,” as if it hardly bore mentioning to Koreans that the kind of anxiety they suffer has to do with their position in society. Hence, I think, the frequency with which Haemin Sunim’s most popular tweets return to the theme of how to deal with the thoughts, expectations, and demands of others. The broad brush of “Confucian” doesn’t accurately characterize all aspects of Korean life, often though it gets used that way, but holding up one’s heavy end of hierarchical relationships — with parents and siblings, teachers and classmates, bosses and colleagues — does seem a near-universal and classically Confucian burden indeed.

In addition to those vestiges of Confucianism, a variety of religions also exert influence of their own in Korea, from Christianity, the red neon crosses of whose churches being one of the most distinctive visual features of Seoul by night, to, less visibly but nevertheless palpably, native shamanism. Somewhere in between the two stands Buddhism, which claims between 20 and 25 percent of the population as believers but, due to a certain lack of selectiveness and a reputation for shady dealings and even violence among some orders, hasn’t always claimed much respect in society. “Korean Buddhism has been undermined by its willingness to give all comers a chance to improve themselves in this life,” writes Michael Breen in The New Koreans. “It’ll take anyone as a monk.”

A desire to improve themselves in this life, or in any case to improve their lives, has brought a great many Koreans to Buddhism, Christianity, Confucian rituals, shamanistic fortune-tellers, or some combination of all of them and whatever else they stumble upon besides. (This culminates in the bizarre story the “Korean Talmud,” a book of fables ostensibly adapted from the 6,200-page central text of Rabbinic Judaism that became a hit on the back of the perception that Jews do well at school and often win Nobel Prizes.) Any source of wisdom is fair game as long as it contributes to the attainment of the goal so widely striven for here since at least the end of the Korean War: a more comfortable life.

Quite a few Koreans have gone looking for that more comfortable life in America, whether by emigrating permanently or just pursuing an education there. Haemin Sunim himself, the son of a less than well-off family who went to the United States to study film but there turned to religion, eventually came out with a bachelor’s degree from Berkeley, a master’s from Harvard, and a PhD from Princeton, a trifecta of higher-education brand names enviable by upwardly mobile Koreans everywhere. Few of his many Korean media appearances or book marketing materials fail to mention the Harvard connection in particular, just as one hears Alain de Botton’s brief time in that school’s French philosophy department brought up here so much more often than in the West.

For these reasons, Haemin Sunim seems in retrospect destined to have become one of Korea’s most looked-to public personalities, but his success in a less earnest, more fragmented, and often aspirationally burnt-out country like America lacks the same inevitability. Like Koreans, Americans do also ponder with great trepidation an uncertain economic future ahead, but one pictures a long-suffering housewife in Miryang finding solace in her favorite young monk’s tweets of Zen wisdom much more readily than, say, a laid-off, painkiller-addicted factory worker in Dayton doing the same.

Unable to trade on the author’s appeal as a known personality, the English-language editions of The Things You Can See Only When You Slow Down have come out with subtitles even more straightforwardly explanatory than publishing industry standards demand: How to Be Calm in a Busy World, and in America, How to Be Calm and Mindful in a Fast-Paced World. The word “mindful” may have long since hit its cultural saturation point there, but it does tap into a well of fear that runs deep on both sides of the Pacific Ocean: that of attending to our obligations and devices so slavishly that we miss out on what we imagine to be the rich sensory experience of life itself.

A more recent introduction to the English-language lexicon, the Danish import “hygge” has also become a vogue word in Korean as this country’s long developmental grind gives way to (or stalls out and leaves only) the pursuit of simpler pleasures, if equally elusive ones. But it wouldn’t surprise me if “mindful,” given all its associations with the Silicon Valley Buddhist set, surfaced as a Konglish expression some time soon. Visitors to any major Seoul bookstore should easily be able to find Things You Can See Only When You Slow Down in English, probably amid a display of Haemin Sunim books that that testifies to his popularity, but they’ll also see an even larger section devoted to the volumes and volumes written about the life, work, personal philosophy, and lessons to be learned from Korea’s number-one secular holy man: Steve Jobs. 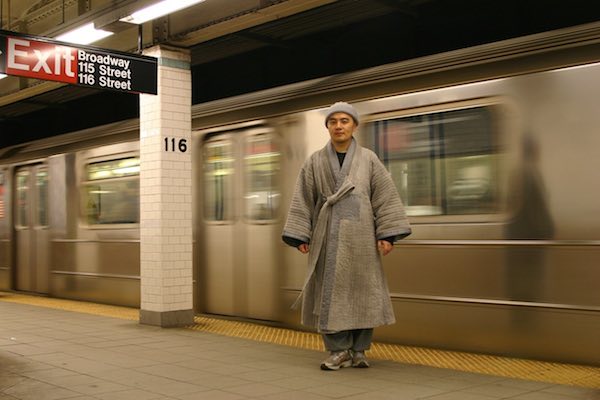