A video that recently hit the internet may well turn out to be the year’s most effective piece of Korea-promotion — if not the decade’s most effective — and Korea’s official promoters had nothing at all to do with it. Titled “seoul_wave,” the seven-minute production presents a day in the life of Korea’s capital as hyperkinetically shot and painstakingly edited by an American “nomadic filmmaker on an endless world tour” named Brandon Li. This might not sound like high-priority viewing for those who actually live in Seoul, and I might never have watched it myself had not seen it praised by other expatriates here. Not the easiest group to please, they keep their knives perpetually out for cynical or ignorant Korea-boosting — in other words, for much of the Korea-boosting done to date.

Take, for instance, the Korea Tourism Organization’s “Have You Ever… ?” campaign. In its teaser video, published the very same day as “seoul_wave,” members of the boy band EXO ask questions like “Have you ever slept?” and “Have you ever been to a restaurant?” To which a variety of non-Koreans, mostly Westerners, provide responses, to the best of their ability, like “I’ve never slept like that” and “Never been to a restaurant like that.” Presumably they mean they’ve never slept like they could in Korea and never been to a restaurant like the ones they could go to in Korea, but the generic, not especially Korean-looking backgrounds against which the speak only muddy the meaning further. But the awkwardness goes deeper stil: the EXO boys’ words have clearly been dubbed over, a risky choice given the obsessiveness and hypersensitivity of K-pop fan bases.

“The ad resurrected memories of other embarrassing promotional campaigns,” writes the Korea Times’ Jon Dunbar, “most notably the city’s three-year-old slogan ‘I.Seoul.U’ and 2008’s cringe-worthy national tourist slogan ‘Korea Sparkling.’ And I almost forgot about the doomed slogan ‘Creative Korea.'” One might well wonder why official Korea, in the development of ostensibly Westerner-targeted ad campaigns, apparently consults no Westerners. “Actually, they do,” writes Dunbar, who for a couple of years worked for the culture ministry’s Korean Culture and Information Service (KOCIS), a body originally formed in 1971 as a propaganda apparatus under strongman Park Chung-hee. “The problem is, they don’t listen. They come looking for a rubber stamp, often late in the planning stage when it’s too late to change anything.”

For a country enjoying such a moment on the global scene, Korea still struggles to market itself in an appealing or even a coherent manner. In an article I wrote for the Guardian last year about the selling of Seoul, I quoted the words of “place-branding” consultant Simon Anholt, who cited “impatience, a lack of objectivity, boring strategies, faulty leadership, a naive faith in the power of propaganda, and a desire for quick fixes and short cuts” as among the weaknesses of Korean branders. Those conditions still obtain to varying degrees, and more often than not official Korea’s marketing efforts have strangely little specificity to Korea itself. Most of the “Have You Ever… ?” teaser could be promoting anywhere in the world, and even “I.Seoul.U,” which I ridiculed myself before somehow coming around to appreciate, could have worked just as well with almost any city’s name in the middle. 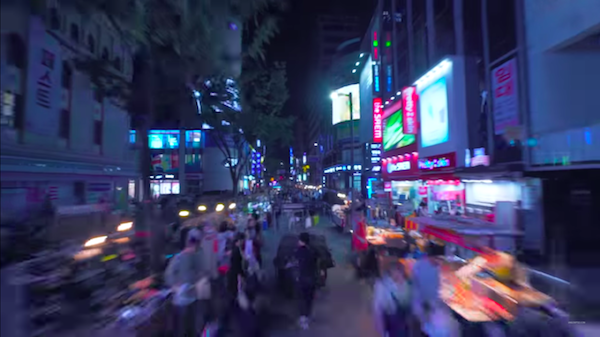 I often wonder whether the problem has to do with the difficulty Koreans have in seeing Korea clearly, at least when looking for its good points; when dwelling on the negative, they suffer from no such lack of perceptual acumen. Many an acquaintance here has asked me, indeed insisted I reveal to them, what displeases me about Korea. For years I didn’t have a straight answer, but then I realized that nothing bothers me quite so much as Korea’s culture of complaint itself. Maybe it takes someone like Li, who’d never set foot here before showing up for a month expressly to gather material for a travel video, to notice the elements of Korean life, or at least Seoulite life, that favorably impress the rest of the world.

Not to say that “seoul_wave,” for all the new visual angles it finds on the city, comes up with any new cultural ones. Though a visually astonishing piece of work — I could watch its footage of all these places I see on a weekly or even near-daily basis in real life over and over for hours — it also floats and spins from cliché to already-threadbare cliché: commuter-crowded subway trains, social-media selfie-snappers, cosmetic surgery consultation, late-night English class, a K-pop audition, professional computer gaming, mukbang, hard drinking over a tableful of meat, cram school. All these things do exist in Seoul, and in quantity, but somehow they don’t quite add up to the life of the city. I may ultimately have to count myself among those unsatisfiable expats who know how they don’t want their adopted hometown to be represented but have no idea how they do want it to be.

In his director’s commentary video, Li explains that he usually focuses on the traditional culture of the places he goes, and though he certainly doesn’t ignore the mountains and temples of Seoul, he talks about primarily wanting to capture its “ultramodern” quality. Another theme emerged as he noticed that “life in Seoul right now is really competitive,” that “everything has a competitive aspect to it.” (To coin a phrase, “Seoul works hard, plays hard.”) This social emphasis on competition, which so often amounts to millions and millions of people clambering over one another on the exact same narrow paths toward the exact same specific goals, has done as much as anything not just to intensify the chorus of Korean complaints but to saddle “Creative Korea” with an image of invincible un-creativity.

What can official Korea learn from “seoul_wave”? Apart from its dazzling camerawork and slick audiovisual seamlessness, all now technically achievable at a price that would have seemed impossibly low just a decade ago, it had the benefit of time. Li explains that the project took not just a month of shooting, in which he repeated its complex tracking shots over and over again until they came out just right, but three subsequent months of editing, letting the structure and its visual and thematic connections emerge organically through what must have been a grueling process of trial and error. It had, in other words, exactly what “real” advertisements for Korea — produced by all accounts under tight deadlines, their critical decisions made at the last minute by semi-accountable figures with little room for serious research or even reflection — never do.

“As Korea’s brand value rises internationally,” writes Dunbar, “it will become apparent that flashy, expensive video and slogan campaigns are just busywork, and Korea’s greatest assets will sell themselves.” Not that they’ll put the likes of KOCIS and the Korea Tourism Board out of a job any time soon, though they and every other government organization would do well to follow Brandon Li’s example. Or better yet, just hire the guy: he’s got to come cheaper than EXO. 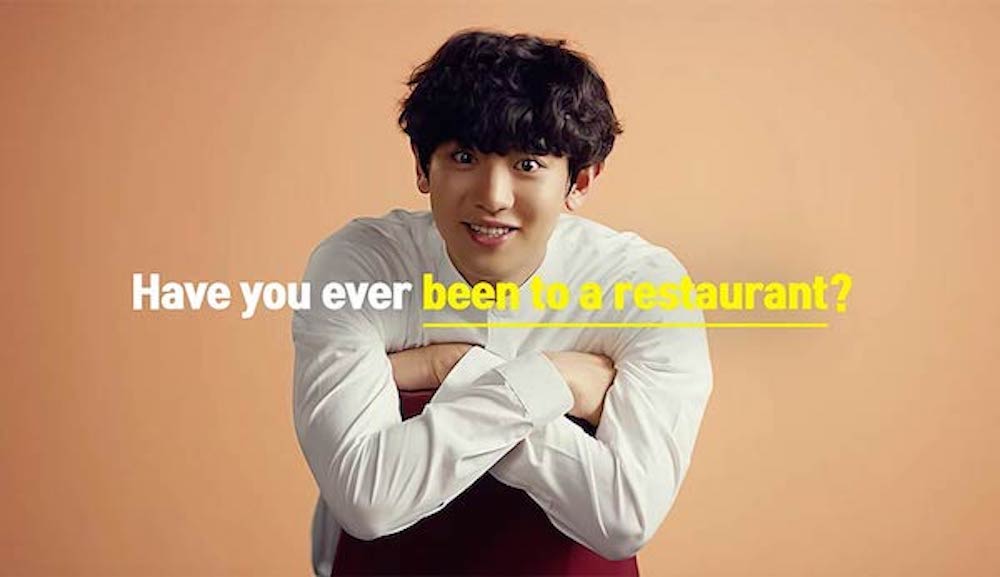