Just before I came to live in Korea, the capital introduced a brand new English-language slogan, the fruit of a much-publicized process wherein real, everyday citizens — alongside a panel of nine “experts” — got to vote on ideas submitted by other real, everyday citizens. The victorious entry, which originally came from a philosophy student, won over not just 682 of the 1,140 Seoulites who turned up to Seoul Plaza to cast their vote, but the entire expert panel as well. And so, beating out rival candidates “Seoulmate” and “SEOULing,” emerged the city’s next global banner: “I.Seoul.U.”

I watched all this happen from a distance, back in Los Angeles, and when I say “watched,” I mean I watched my Facebook news feed explode with ridicule. (One wag wasted no time Photoshopping a version of the slogan for the village of Fucking, Austria.) I.Seoul.U proved controversial from the get-go, but I daresay that the loudest of the controversy — and even my view from Facebook made this clear — erupted among Seoul-based expatriates, especially those from English-speaking countries, a group on whom you can always count to get powerlessly worked up over matters of Korean policy.

“It doesn’t make any sense,” goes the mildest of the objections. Indeed not, but that just puts I.Seoul.U on the long list of the English slogans adopted by Korean cities that hit the native English speaker’s ear somewhat askew. These range from the bland (“Amazing Iksan,” “Beautiful Gyeongju,” “Good Chungju,” “It’s Daejeon”) to the unpromising (“Fine City Hwaseong,” “Just Sangju,” “Namyangju: The Slow City”) to the ungrammatical (“Amenity Seocheon,” “Do Dream Dongducheon,” “Wonderfull [sic] Samcheok”) to the threatening (“Bucheon Hands Up!”).

This whole body of branding, more than any work in particular, no matter how amusing, does raise a rarely asked question: why does any city in Korea, let alone an out-of-the-way small town like Iksan, Sangju, or Samcheok, need a slogan in English at all? For all the interest in English-language media here as well as all the time and money poured into English-language education, the day where Korea can call itself a widely English-speaking society in the manner of European countries like Germany or Denmark lies, to my mind, at least a century off. British, American, and Canadian travelers have only just begun to put Seoul on their bucket lists, and I don’t see them flocking to Namyangju, the Slow City any time soon.

So who are these slogans meant to attract? The Korea Times‘ Andrew Salmon, a rare Western defender of I.Seoul.U, argues that “the target demographic for Seoul tourism promotion efforts is not the U.S., U.K., Canada or anywhere else in the Anglosphere. The obvious, natural focus for Seoul tourism promotion is China and Japan. The stark simplicity of I.Seoul.U may well speak to tourists hailing from these high-potential target markets ― tourists who have, on the whole, a poor command of English.” Here we have, in other words, a use of English not as English, exactly, but as what Salmon calls “the international medium of communication.” 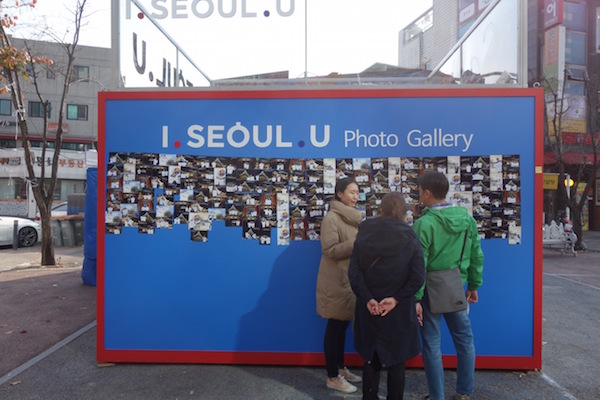 We might better understand the I.Seoul.Us of the world if we regarded them not as English-language slogans, but as Global English-language slogans — or, to use the appropriate neologism, Globish-language slogans. An ugly term, yes, but then Globish is an ugly thing, as anyone knows who’s turned an ear toward everyday conversations between non-native English speakers from different countries, the kind of thudding exchanges of nouns (and nouns pressed into verb duty) going on even now in hostels across Asia. I.Seoul.U belongs to an English stripped of its expressiveness and nuance, a language painfully reduced from the one with which the slogan’s most ardent detractors grew up.

But Seoul’s making such a fuss over its branding in English, even perfect English, might signal a certain desperation. Let me ask you this: do you know Tokyo’s English slogan? I bet you don’t, and neither did I, until a bit of digging revealed that Japan’s capital rolled out a new one of its own in October: “& TOKYO,” a puzzling half-phrase surely even less catchy to English speakers than I.Seoul.U. But what does it matter? Everyone knows Tokyo. Nobody knows it because of its crack ad campaigns, and certainly not because of Japan’s mastery of English; we’re talking about the country, remember, of T-shirts emblazoned with such nonsensical messages as “MONEY IS LIKE MUCH NOT NOT” and “SOMEWHERE I HAVE NEVER BEEN SOMETIMES I AM.”

Or they seem nonsensical, rather, if you try to parse them as English. Japan, a country that sometimes seems to have recused itself from the burden of communication in that or any other foreign language, prefers to repurpose bits and pieces of English as, effectively, a form of Japanese. This, as part of the larger phenomenon of Japanese insularity well scrutinized over the past 400 years, has its downsides, but at least Japan knows where it stands with regard to English. Korea looks less sure, and whether it becomes another Japan or another Denmark, linguistically speaking, counts as one of the many questions whose answers I moved here to watch emerge.

If Seoul insists on branding itself in English but wants to ruffle fewer feathers, I suggest simply translating its Korean-language slogans from now on. The graphic design of the official I.Seoul.U logo actually includes, right below the Globish, a superior Korean-language version: 나와 너의 서울, or “My Seoul and Yours.” I.Seoul.U’s predecessor “Hi Seoul — Soul of Asia” remained in office for a dozen years (despite China’s ban on the use of the phrase “Soul of Asia” within their own borders), but it already had a considerably more cogent slogan in “함께 만드는 서울, 함께 누리는 서울,” or “Seoul We Create Together, Seoul We Enjoy Together.”

Still, I have to admit both that I laughed along with the rest of the Westerners when I.Seoul.U made its debut and that, about a month after it went into action and I moved to Seoul myself, I’ve come around. After all, there’s no such thing as bad publicity — a highly non-Korean notion, granted — and I have just wide enough a contrarian streak to prefer an awkward slogan that gets people talking, or even just grumbling, to a frictionless entry like “Surprising Seoul,” which wouldn’t get anybody doing anything. The broad references to current internet trends in its phrasing and presentation (it does surprise me that the submission came from an undergraduate and not one of the middle-aged men who tend to hold the cards in Korea) will date instantaneously, but for the time being, I, for one, will stay to get Seouled with pleasure. 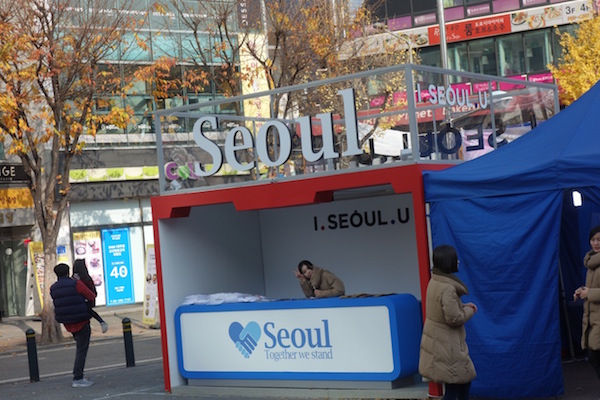