I watch television here in Seoul, but I watched even more Korean television back when I lived in Los Angeles. My girlfriend and I got satellite TV installed especially for the small bundle of Korean channels available in the States, which required the technician to bolt another satellite dish onto our balcony next to the standard one, which we never used since we never watched any channels but the Korean ones. If I did, I’d lose out on a valuable opportunity for listening practice (listening being the formidable wall so many students of the Korean language never completely scale). But soon, the entertainment value of Korean television for me matched its educational value, and I assembled a roster of favorite programs to which to tune in.

All those programs air on EBS, which stands for Educational Broadcasting System — so whatever the entertainment value I personally derived, educational value at least remained the mandate. I usually describe EBS as the Korean equivalent of PBS, an analogy that works in some respects but not others. Whereas my childhood memories of PBS after my Sesame Street years consist mostly of licensed British programming and frequent pleas for donations, EBS features a huge amount of original content (with, in my viewing experience, nary a pledge drive to interrupt it). I first got hooked on its travel shows, like the domestic Travelogue Korea (한국 기행) and the international Thematic World Tour (세계 테마 여행), which, like many EBS productions, you can watch free on their Youtube channel. 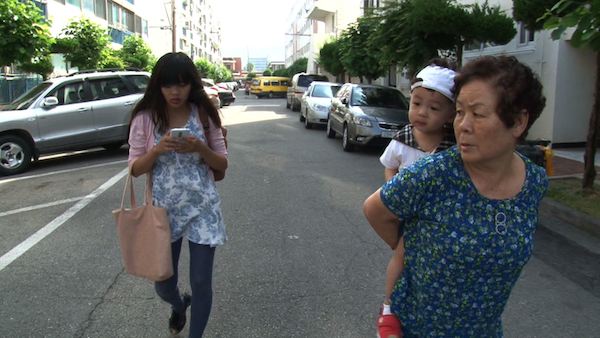 But then I found another category of favorite show, one even more compelling because it reflected my imminent future: reality shows about foreigners living in Korea. Korean audiences seem positively unable to get enough of watching non-Koreans try to make a go of it in their society, and EBS serves that demand with at least two different programs: 한국에 산다, which means something as straightforward as They Live in Korea, and 다문화 사랑, or Multicultural Love. While they differ a little in sensibility, they share the same central question: Vietnamese wives, Canadian husbands, Indonesian civil servants, French buskers, Japanese hostel workers — how can these people possibly handle Korean life?

The shows strike a delicate balance between spreading a message of cultural understanding and acceptance and making use of what I call the “freak show” aspect still inherent to the condition of the visible foreigner in Korea. The spectacle intensifies when the subjects have married and even reproduced with Koreans, creating what gets labeled the “new Korean family,” and providing material for such episodes as “I Married a Muslim Woman” (나는 무슬림 여자와 결혼했다), “My American Son-in-Law Lives on the Upper Floor of the House” (우리 집 위층에 미국 사위가 산다), “My Wife is an Indian Princess” (내 아내는 인도 공주님), and “Canadian Dad!” (캐나다 아빠!), some of which spend a good deal of time probing the scowling disapproval (and, for the lucky ones, eventual half-pleased resignation) of the aged and conservative parents- and grandparents-in-law.

I still like watching these shows on the lives of foreigners in Korea, now that I lead the life of a foreigner in Korea myself. But that enjoyment, I admit, has taken on a spirit of competitiveness; now I listen more closely than ever to the Korean spoken on each episode, especially by its non-Korean star, in order to gauge the level of their language against my own. Do they speak worse than me? Do they speak better than me? If better, why? And if worse, what can I learn from their mistakes, which get corrected in Korean reality television’s ever-present Korean-language subtitles? (Now that I think about it, the fact that Korean subtitles regularly appear to help Korean audiences understand even other native Korean speakers tells you all you need to know about the difficulty of the language.) 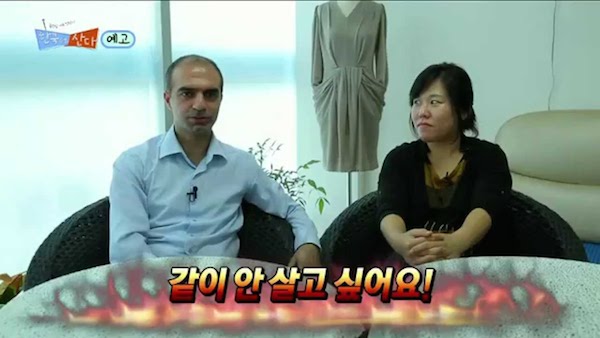 This obsessive judgment has let me to formulate a theory: in general, those who come to Korea from the developing world speak better Korean than those who come from the developed world, and women speak better Korean than men. A lady from Ghana married to a Korean man (whom the show goes out of its way to depict as an unappreciative lout) particularly impressed me, as did a Pakistani merchant at a traditional market (who has to deal with customers who haggle by intimating that they’ll report his “illegal” stall to the police). But watch enough episodes and sooner or later the very worst Korean speakers always come lumbering into the frame: white dudes. By “worst,” I don’t mean to put down these white dudes for speaking broken Korean, which I do myself; I mean to put them down for barely trying to speak Korean at all.

Some rattle off their excuses for the camera, and some end their episodes finally, at the behest of a nagging wife or a bewildered extended family, submitting to language instruction, but they all stand to me as cautionary examples. They also stand as examples of a certain kind of low-level resentment, the resentment of the comfortably marooned, that you can sense among certain long-term Westerners here: they’ve long since settled down with a Korean wife and Korean kids, but damn it, they barely meant to come here, let alone stay here. Their willful incompetence sometimes comes with strange and pitiful desires, exemplified by the words of an incidental white dude in “I Married a Beer-Crazed Man” (나는 맥주에 미친 남자와 결혼했다), a customer in bar the titular Canadian runs in Busan: “It’s so fun to find something in Korea that is very similar to San Diego” — perhaps the saddest sentence I’ve ever heard.

So if white dudes have colonized the low end of the Korean language ability spectrum, who do you find at the high end? Why, white dudes. An episode of Multicultural Love focused on one such impressive fellow, the American business consultant, columnist, and tailor shop owner Todd Sample, but other astonishingly fluent white dudes, such as Tyler Rasch, the American star of the hugely popular foreigner chat program Non-Summit (비정상 회담) invariably described by my Korean friends as speaking “better Korean than Koreans do,” have gone on to become one-man miniature media industries. 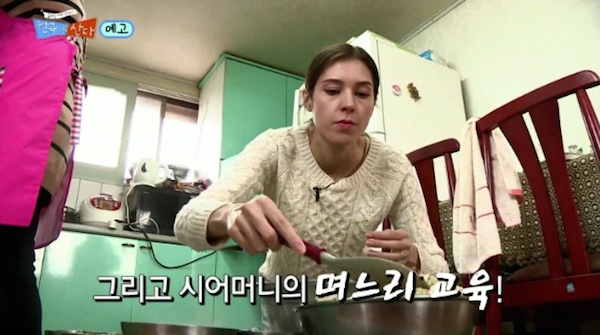 These shows provoke all kinds of strong emotions, apart from my own psychodramatically oscillating disdain and worship of my fellow man. They also try to capture them, often in the form of explosive arguments, or at least long-simmering conflicts, between the foreigners and their Korean spouses. Violently rocky roads very much suit the Korean concept of “love,” but what about the concept of “multiculture”? The fact that whole programs exist to showcase the existence of non-Koreans in Korea both demonstrates that the country’s multicultural day will come, but also how long it still has to go before arrival.

To those who remember when Korea’s population was 99 percent rather than 98 percent ethnically Korean, the streets of Seoul now look wildly diverse. But any experienced traveler can tell you that it remains essentially homogenous, no more a multicultural land than it is an English-speaking one: that is, not trivially so, but only a little more than trivially so, and still resistant to widespread changes in the outward direction. I can’t claim to know whether to consider multicultural Korea an unambiguously positive prospect, but it does seem to me that many of the complaints non-Koreans have about life here stem not from the prejudices and dysfunctions of an insular society — though those exist — but from their own inability to communicate. Even so, they still get their fifteen minutes of fame. Korea, what a country! 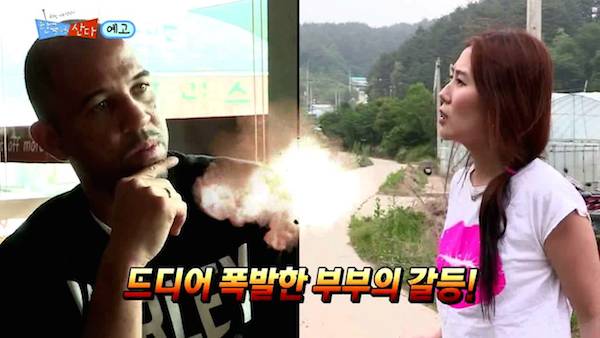