Last week I spent a few nights downtown at the venerable Seoul Cinema (established 1964, which more than qualifies it as one of the city’s grand old institutions) for special screenings from this year’s Wildflower Film Awards (들꽃영화상), an independent and low-budget production-oriented celebration organized by my friend Darcy Paquet, an American film critic based in Korea since the 1990s. The mix of six movies shown over three nights kept things varied, including comedy as well as drama, stories about younger as well as older generations, and a couple of documentaries in there with the fiction films, one of them especially striking in its visual adventurousness: Im Heung-soon’s Factory Complex (위로공단).

Darcy writes in a column about documentaries as a window into Korean culture that the film, which won the Silver Lion at the 56th Venice Biennale, “is two things at once, a history of women workers in Korea and the different issues they have faced throughout the decades, and also an abstract and beautifully realized work of art. [Im] has a background in painting and video installations, and his documentaries contain a unique blend of social insight and art.” The images he crafts to illustrate the hardships endured over the decades by female employees in electronics factories, garment-making sweatshops (shown here in Korea as well as, during an especially grim middle section, Cambodia), call centers, grocery stores, airplanes, and elsewhere will haunt even those viewers not normally inclined to watch documentaries about labor conditions in Asia.

The film’s interviews with past and present low-level members of such industries constitute a parade of indignities suffered by the rank and file of Korean working women: the electronics assemblers having their heads shaved during treatment for cancers contracted at the Samsung plant; the grocery-store cashier showing us the pieces of cardboard on which she and her co-workers had to eat their lunches after their store’s (unnamed but easily guessable) Christian-run parent company converts the break room into a prayer room; the stewardess, fearing the ever-present threat of a negative customer evaluation, smiling and nodding at the passenger seated across motioning for her to open her legs a little wider.

One pleasant-looking middle-aged lady employed at a call center, after describing the technical possibility of taking breaks but the practical impossibility of doing so given the pay structure’s strong incentive to take as many calls as possible, breaks into tears as she contemplates the contrast between how hard she works and how poor she remains: she can barely provide for her kids, and if she gets sick herself, she implies, she might just have no choice but to lay down and die. Why, she asks aloud, do I have do live like this? An excellent question, and one whose answer it would interest me to see explored. 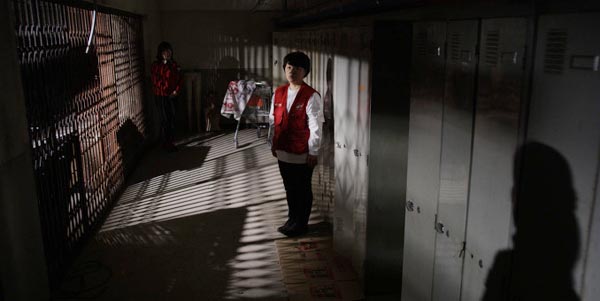 Yet Factory Complex, for all its power in depicting the remarkably arduous labor that went into the quickly industrialized South Korea’s economic “Miracle on the Han River” and the even more remarkable endurance of the women who did and continue to do so much of  it, doesn’t seem share that interest. This strange causal incuriosity (strange to me, anyway, a foreigner yet to do an honest day’s work) manifests in other Korean documentaries as well, even in the other documentary included in the Wildflower screenings: Park Bae-il’s Miryang Arirang (밀양 아리랑), about the titular farming town’s struggle to stop the construction of electrical towers.

That film, which includes plenty of visceral footage of young policemen struggling to subdue the foulmouthed grandmothers of Miryang, barely grazes the question of why the towers builders are so hell bent on putting them up there in the first place, and why they persist if — as we hear argued by interviewees — they’ve been rendered unnecessary by other power transmission infrastructure and will cause health problems in the nearby population. A case of bureaucratic inertia? A mindless continuation of Korea’s build-at-all-costs development policies? Or do those in charge of electrical tower construction maybe — just maybe — have a legitimate reason to do battle with these elderly farmers? We see a great deal of pain, resentment, and regret, but we never really find out the ultimate cause of it all.

Some mainstream Korean feature films also work from the same worldview. Take, for example, Yoon Je-kyoon’s 2014 hit Ode to My Father (국제시장), often described as a Korean Forrest Gump for its retelling of the country’s modern history through the life of one representative protagonist. In his review, Korea observer Matt VanVolkenburg looks back to Yoon’s previous spectacle Tidal Wave (or Haeundae/해운대), whose central disaster “provided an excellent metaphor for the way in which Korean films of the 2000s have dealt with Korean history, portraying people as blamelessly going about their lives when suddenly history crashes into them and sweeps them off their feet. Some of these films have blamed outsiders, and have rarely attempted to explain why the events portrayed occurred.”

Deok-su, the Gump figure in Ode to My Father, begins the film as a child at the Hungnam evacuation of December 1950, when the U.S. Navy transported thousands of refugees from what would become North Korea to the safety of Busan, on the southeast tip of what would become South Korea. After he makes a promise to his father, who vanishes in the chaos, “to take care of his family (and makes sacrifices in the hope of meeting his father again), the moments in modern Korean history he takes part in occur when he follows others. He (obviously!) follows his parents when they attempt to flee Hungnam, while it’s his friend Dal-gu who suggests going to Germany and Vietnam,” where they labor as coal miners and contract soldiers. And “the ‘decision’ to have a child and get married was essentially thrust upon him by his soon-to-be wife, so much of his life is shaped by others’ decisions.” 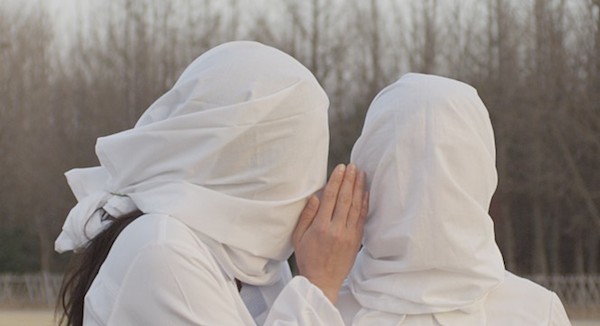 This fits in with one prevalent narrative of Korean history, that of a “shrimp among whales” who, unable to influence events around it in any meaningful way, can only try its best to endure and survive. Why, the septuagenarian Deok-su cries to his never-returned father while reflecting on his life at the end of the movie, did it have to be so hard? Again, I’d actually like to hear a detailed answer to that question, or at least an attempt at one, but all the tissue-clenching Koreans around me in the packed theater seemed satisfied with the flood of emotions the film offered instead. The Wildflower screening of Factory Complex happened a little too early in the evening to attract much of a crowd, but I imagine Korean viewers have reacted similarly to Im’s ode to generations of mothers.

Me, I kept thinking of Nickel and Dimed: On (Not) Getting By in America, Barbara Ehrenreich’s 2001 bestseller on the difficulties the fiftysomething author encountered when she tried to live on a series of minimum-wage jobs in various parts of the country. I read the book a few times back when it first came out, in part because of the Ehrenreich’s enjoyable style (I still laugh, now and again, at her observation of “an older white man in work clothes whose bumper sticker says, ‘Don’t steal, the government hates competition’ — as if the income tax were the only thing keeping him from living at the Embassy Suites”) and in part because I couldn’t quite come to terms with its argument, if indeed it had any argument more cogent than that we should all (a) be glad we’re not housecleaners and (b) stop voting for welfare reform.

I eventually came to see Nickel and Dimed‘s project less as diagnosing and pointing toward a solution to the problems of America’s working poor than of using tales of working-class discomfort and degradation to sneer at the villains floating around in Ehrenreich’s own political cosmology (one that’s served her well throughout her career of left-wing journalism). In a similar way, Korean movies like Factory Complex, Miryang Arirang, and Ode to My Father refrain from constructing coherent explanations, true or not, about what exactly brought about the conditions they lament, preferring to gesture toward vaguely assumed malevolence, or at least neglect, on the part of stronger entities, be they companies, governments, or social structures.

One explanation I’ve heard traces this tendency back to Korea’s tradition of “activist filmmaking,” practiced with a goal of social or economic change in mind to be effected by making the maximum emotional impact on audiences — simply one kind of power used against another. Actual protests in Korea, such as those agitating for better worker treatment we see in Factory Complex, employ much the same strategy. This still works well enough in Korea, but less so outside it; back when the country first made its serious appearances on the international stage, from politics to sports, this tradition of emotional display sometimes made its representatives look insane. But Factory Complex, while full of surreal images, and highly effective ones at that, comes off as eminently sane. I just seems to me that — call this the Westerner’s logical bias if you must — we can’t fix the problems of the women soldering the circuits, sewing the clothes, taking the calls, and bagging the groceries, in Korea or Cambodia or America or anywhere else, without a clear idea of what caused them in the first place. 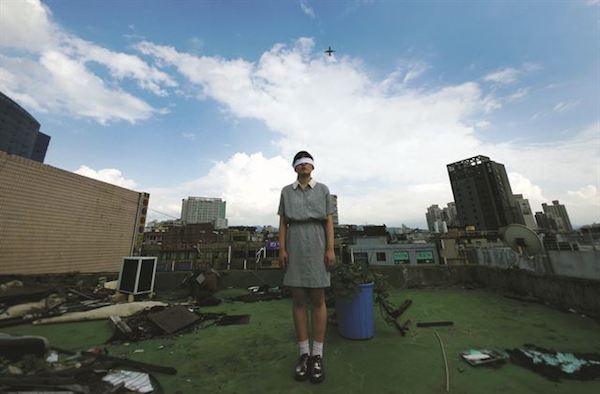