While the authors mentioned in the last chapter were playing with elements of modernism and post-modernism, others, like Jung Young Moon and Park Min-Gyu, were intentionally distorting, disturbing, and sometimes entirely discarding traditional narratives and techniques. They also, to some extent, abandoned the traditional inward-looking “uri nara” (“our country”) nature of Korean modern literature, finding their stages instead within the individual or in greater world at large. Though often still dealing with entirely Korean issues, the nation-building and didactic nature of the literature that came before is substantially decreased.

Probably the “easiest” of Jung’s works, and the closest to a traditional narrative, Mrs. Brown is relatively linear, with most of the digressions coming during the process of a young couple making prisoners of an older couple. This story of a self-loathing Korean woman with a husband in the United States and two extremely unlikely kidnappers whose purposes are never quite clear ends with an open but slightly optimistic ending — and, compared to Jung’s other works, a positively transparent one.

Mrs. Brown has been released as both a stand-alone novella and as part of the collection A Most Ambiguous Sunday. Jung’s first collection in English was A Chain of Dark Tales which might be seen as spiritual descendant to the yŏnjak sosŏl or “linked novels” of earlier days, each of its 45 stories being a vignette which, in terms of the whole chain, is intended to tell a story. Almost all of them feature damaged characters who mostly operate like partially aware self-automatons. It’s a good book, especially for readers in the United States, to read around the time of Halloween.

This approach is also evident in the A Very Ambiguous Sunday, first published in 2008. Its characters also seem to live lives in conscious dreams, drifting from event to event, remembrance to introspection, and back again. The stories, which in this collection stand alone, are all written with a kind of “cut-and-paste” feeling in which random thoughts, memories, and bits of knowledge of esoterica fight for space in the narrator’s mind. This approach seems to play very well with the postmodernist reader; in Korea, Jung has drawn comparisons to Samuel Beckett.

Park Min-gyu is another of the rising stars of Korean postmodernism, although unlike Jung, Park’s postmodernism is most often found in its content, not in its form. He is an incisive, stylish, superficially offhanded (but with pointed intent) antagonist to modernism, globalism, and the increasing importance of commercial success as the sole judge of success in life. (He also rocks goggles harder than any other writer in history, as pictured above.) Far from pretending that money has no importance, he lampoons how important money has become.

Park’s first two novels, published in 2003, Legend of the World’s Superheroes and The Sammi Superstars’ Last Fan Club won prestigious literary awards, vaulting Park into the official rank of author. His work is often funny, though not in the sense of containing gags or funny wordplay, rather in the unusual, ludicrous, or impossible situations in which his characters often find themselves. Is That So? I’m a Giraffe, is a fairly “normal” modern story (and in fact quite directly “Korean” in the topics on which it touches) until the end, at which point surrealism takes the day. Taking place in an era in which people and their transportation are considered in the same way that a factory might consider how tightly it can package its product into an undersized tin, the book is an undisguised attack on the flaws of capitalism, and Park’s cleverly light writing style allied with his trenchant analysis keeps the reader involved.

This kind of clever writing and analysis continues in Dinner with Buffett, a story based on “real” life, specifically the fact that, each year, one lucky donor wins a “Power Lunch” auction whose prize is a meal with famous capitalist Warren Buffett. As the book begins, Buffett is on his way to to meet the years the auction winner when he is called, mysteriously and urgently, to meet with the president instead. There Buffett is informed of a threat to society from an unidentified “they” who care neither about money nor the status it brings.

After a quick flight back from Washington, Buffett does eventually dine with the young Korean man who won the auction by spending all the money he has won in a lottery. He suggests that money means nothing to him, and that is why he has spent it all bidding on this dinner with Buffett. What’s more the young man arrives having already eaten fast food and without interested in the gourmet meal served. This basis of this existential young man’s life apparently does not include the importance of commodities, or anything attractive only because of its absurd expense.

Castella is an absurdist tale of an alienated youth and his relationship to his noisy refrigerator, a refrigerator that turns out to have some rather remarkable features. As the world quite literally begins to disappear from outside the narrator’s door, the refrigerator performs a remarkable transformative act that can be read as either destructive or as emblematic of the cycle of all things. Park utilizes odd comparisons (refrigerator as football hooligan, refrigerator as friend), includes a short history of refrigeration itself, and in a perfectly matter-of-fact text leads his reader to the story’s surreal yet satisfying — and almost literally “tasty” — end.

Pavane for a Dead Princess explores social expectations in a brilliant style, with Park writing a long, leisurely attack on the commodification of beauty in Korean society (and by extension, the world). In Korea appearance is among the most important commodities one can possess, and until this just year, the first thing you needed when applying for a job was a (Photoshopped) picture of your face. Cracking and grinding at this norm, with broken timelines and a “director’s cut” of an ending straight out of postmodernist cinema, the book tells the slowly but inexorably moving love story of the son of a movie-star and his extremely unattractive girlfriend (whom the narrator describes as “the world’s ugliest woman”). Park uses the extremely superficial nature of society’s reaction to the affair as a position from which to assess the of values of Korea and the whole modern world and find them wanting in humanity.

Park Hyoung-su’s Arpan begins with an amazing feint: a newly successful Korean author remembers his time in the tribal land of Waka, and how he finally found a way to fit into Wakan culture while also unearthing the last Wakan “writer.” That Wakan author, named Arpan, is considered slightly off-kilter even in his own tribe, and when he visits Seoul for a book fair he endures roundly dismissive treatment from the Korean audience. After his talk, Arpan sells seven copies of his handwritten (!) work, while the Korean author, though ostensibly a mere host, signs copies of his own book up to the point of wrist failure. But underneath the Korean’s story lies a secret, one relating to the definition of plagiarism, of respect for a previous author, and of the relationship between creativity, cross-pollination, and cultural appropriation. Though short, the book tackles cultural relationships from several angles, but perhaps the most perplexing and interesting one is posed by the final stance of the Wakan author, well aware of the story’s central secret and prepared with a most surprising response to it.

Other authors have taken up completely modernist structures, including Yi In-seong, whose On You includes an extended conversation with the imagined reader. This concept of the reader-writer interface and the meaning it creates is actually the main point of the novel. Yi’s postmodern approaches include issuing commands from author to reader, speculations as to whom the reader is, and long passages attempting to determine how consciousness relates to text for author and reader both. Enjoyment of Yi’s work depends on one’s feelings about words like “problematizing” and phrases such as “neither unifies or untangles” and “I-centric understanding of the literary object itself.”

Even religion became grist for the post-modern mill, with Judas serving as the elaborately uncertain narrator of Park Sang-ryoong’s Akeldama, which looks back at the violence- and hallucination-laced story of Judas’ last days. Strung through like most of Park’s work with acts of physical and sexual abomination, the story ends in an intentionally ambiguous manner and can be read either as the hope — and perhaps promise — of a new day rising, or as a portrayal of the flamboyant power of death and decay.

The final “postmodern” touch in Korean fiction has been the erasure of borders, stretching Korean literature to encompass all aspects of globalization, an achievement that will be the topic of the next chapter.

Where Is Korean Translated Literature?

Why Does Korean Literature Use an Alphabet?

Heroes, Fantasies, and Families: What Went Into the First Korean Novels?

Enlightenment Fiction and the Birth of the “Modern” Korean Novel

Literature Under the Japanese Occupation

Deeper Into the War’s Aftermath, a Deeper Sense of Separation

The Social Tragedies of the “Economic Miracle”

Not a Soul Without Blame

The Prehistory of Postmodernism 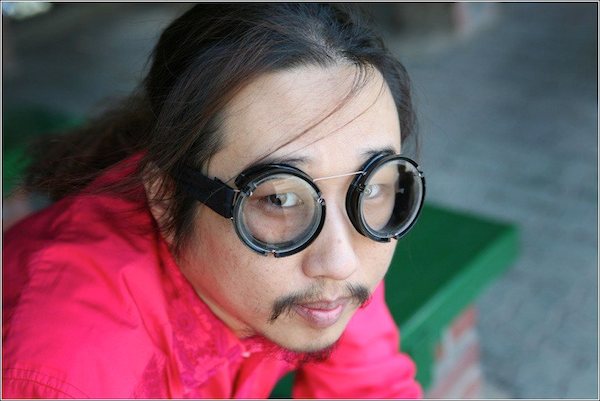