In the Spy v. Spy endless battle between the techno-optimists and techno-pessimists, the pessimists lately have taken the upper hand.

In part, that’s because we’ve become immune to the optimists’ charms, taking for granted global connectivity and immediate access to the world’s books, music, and video. Meanwhile, the problems are all around to see and many argue that they are inherent to the technology itself. Just look at the essays that surround this one on the Provocations blog for this conference: bots are born liars; algorithms and AI stifle creativity and tolerance by reflexively (and stupidly) giving us more of what it thinks we like; AI technologies have an innate will to power and domination, just like the living organisms in whose image they were made.

But to understand our current predicament, and begin to solve it, we need to look beyond qualities supposedly inherent in digital platforms and technologies and question the people who are deploying those platforms and technologies. Do they seek power? If so, how do they use that power when they get it? What kind of society do they say they want to see? How do they define justice, equality, the good life?

Conversations that were centered on the technology itself have offered a free pass to Silicon Valley — a decade or more without serious scrutiny from the public or government as we evaluated problems with how people used social networks, rather than problems with the people — and corporations — who designed and deployed those platforms. After all, we’d hear, isn’t disruption inevitable whenever a new technology arrives? There’s damage, things get broken, but not with intent — technology sees inefficiencies and removes them indiscriminately. Arrogant tech leaders were happy to pretend they had no agency.

Lately the spotlight has shone bright on these leaders, however, and everyone is seeing the battle over how we use technology as a political one, not a technological one. In a recent conference call announcing fourth-quarter profits of $7.35 billion on $21 billion in revenues, Mark Zuckerberg explained his new thinking. “Because we wanted to be liked, we didn’t always communicate our views as clearly, because we were worried about offending people,” he said. “This led to some positive but shallow sentiments towards us and the company. And my goal for this next decade isn’t to be liked, but to be understood.”

This is a classic example of what’s called a “pivot” in the world of Silicon Valley venture capital — trying to be liked had been a worthwhile goal while amassing power, but now that the power has been consolidated, the better play is to make your point clearly and be understood. Under this new approach, Facebook’s bizarre decision to allow politicians to lie in ads on the site makes perfect sense.

If you read commentary about this decision you’ll see two different and contradictory takes — some note how much money the Trump campaign alone has spent on Facebook ads, $30 million since May 2018. Others take the same data point and make the opposite point: would Facebook really do something it thought was wrong to retain such an insignificant revenue stream?

Zuckerberg alluded to those relatively minor financial stakes in his speech to Georgetown University in October in which he defended the company’s position concerning false political ads. “In a democracy,” he said by way of explanation, “I believe people should decide what is credible, not tech companies.” He said further that he considered eliminating political ads entirely as a way to stem the criticism.

“From a business perspective,” Zuckerberg said, “the controversy certainly isn’t worth the small part of our business they make up. But political ads are an important part of voice — especially for local candidates, up-and-coming challengers, and advocacy groups that may not get much media attention otherwise.”

Let’s be real. Facebook gains incalculable influence from being the tool that helps a president get elected — whether honestly or through deceit. In order to get his message out on the platform, a transactional president like Trump needs to ensure that Facebook is thriving and happy — that has a value to Facebook well beyond whatever checks his campaign is cutting. The transaction is this: Facebook permits a candidate’s lies, and that candidate, become president, protects Facebook. In other words, this policy is directly relevant to Facebook’s business strategy; it just happens to endanger democracy as well.

Not a very likable position, but one that is understood by everyone involved. Understood by Trump as well as his potential opponents, most notably Elizabeth Warren, who challenged the rule by placing a provocatively false ad on the site — saying that Zuckerberg had endorsed Trump. Should Warren win, she promises to break up and rein in these companies — not because the technology is dangerous, but because the people who are in charge of it are.

This will not be an easy fight to win. The tech companies are well funded and no longer need to play nice or fair. They have the resources to buy up potential rivals or copy their best ideas and use their own monopoly strength to make their rivals succumb. Arguably, the biggest problem with unfettered social networks isn’t related to the services themselves but to the income inequality they have produced in the field and beyond — destroying smaller organizations and dispersing unprecedented wealth among a few winners.

Fortunately, this is a problem that can’t be tied to the technologies themselves, but to the people who have controlled them and the officials who have chosen to look away. We can change course as soon as the fall of this year.

Noam Cohen is the author of The Know-It-Alls: The Rise of Silicon Valley as a Political Powerhouse and Social Wrecking Ball. He is an Ideas columnist for Wired. 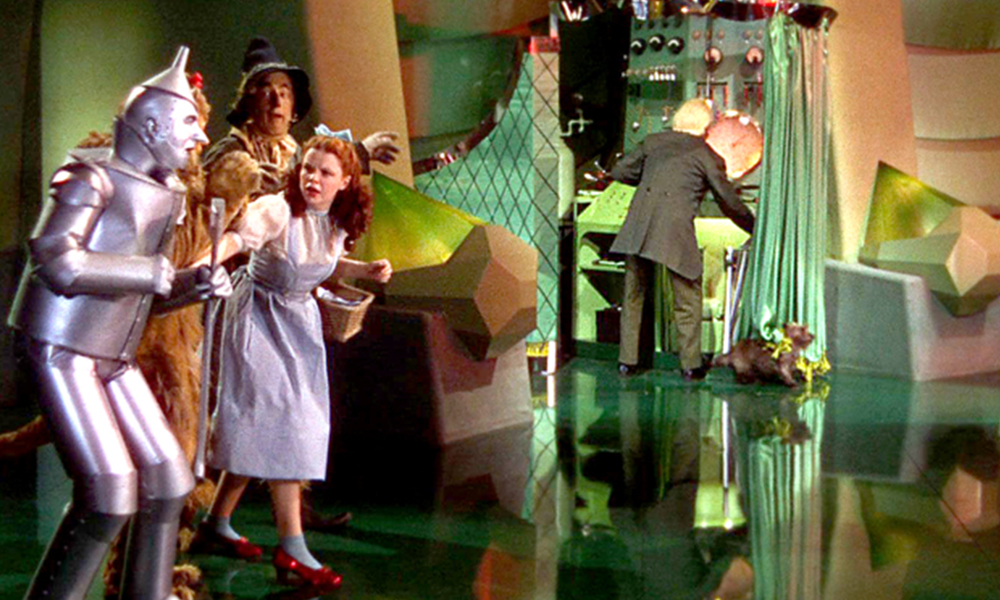