On January 19, Twitter exploded when Rob Lowe wore the wrong hat. That’s right. The actor decided to cover his head with an NHL hat at an NFL game. That mis-lettered acronym could have cost him dearly. The fact that Rob Lowe’s choice in headgear had any bearing on anything at all is cause for concern.

For years, now, Twitter has been celebrated — particularly among journalists — as something of a digital equivalent to the Roman Forum. You could go there to exchange ideas and make your thoughts heard without having to pass through a gatekeeper.

I experienced the vast potential of Twitter for the first time in 2011 when I was trapped in a hotel in Tegucigalpa, Honduras by a days-long, round-the-clock curfew enforced by the government. I was in Central America to research my forthcoming novel, In the Heart of the Jungle, and had chosen that particular hotel because of its location in a neighborhood where many countries kept their embassies. That turned out to be a colossal mistake since that was exactly the area targeted most heavily by supporters of an attempted coup d’etat. With only intermittent internet access, I was able to report the events in real time. The sense that I was doing something useful also helped keep me sane.

Almost 10 years later, the notion that Twitter constitutes a public forum is almost laughably unserious. In fact, the once-hailed social media service has now solidly cemented its role as our contemporary colosseum. When we want to throw some martyrs to the lions, we head straight for Twitter. Best of all: it’s free and just a click away.

You might object to this idea — and I’m terrified that you do, lest you shove a plywood shield at me and have me tossed into the ring — and you’d be partially right. After all, Twitter didn’t create our thirst for ethical bloodsport; it just capitalized on it. Our intense desire to spectate the suffering of the Justine Saccos and Jonah Lehrers of the world is a symptom of something else.

In his brilliant 2015 book, So You’ve Been Publicly Shamed, Jon Ronson explores the phenomenon of public shaming. Through a canny narrative, Ronson tracks this phenomenon back to private shame. Like the ultra-violent prisoners of a Massachusetts prison in the 1970s, our rage to shame is caused by our rage at being shamed.

In this way, we serve as a contemporary analog of Oscar Wilde’s conception of 19th-century European society’s dual hatred of realism and romanticism. Wilde famously compared this hatred to Caliban’s rage at being presented with his image and being denied that presentation.  We, in our turn, rage against our shame and rage when others dare deny us their shame. (How dare Rob Lowe so shamelessly wear an NHL hat to a football game?)

Just a few short years ago, there was an obvious critique hanging in the cultural ether about the appearance of mixed martial arts as a sport. The idea of two men in a cage beating each other senseless seemed like nothing more than a manifestation of the Roman public’s thirst for blood.

But today, the roiling sea of interlocking Twitter mobs makes Connor McGregor’s recent 40-second-long bout, which culminated with a spine thrumming head kick delivered by McGregor, seem relatively innocuous. The fighters might leave the octagon short a few molars but at least they retain their sense of self, their identity.

Not so with the victims of social media’s shame vigilantes. As Ronson writes, these victims are stripped of the things we’d once considered inviolable: our personhood, our right to face an accuser, our undying potential for redemption. They’re gutted and left to what storytelling guru Robert McKee calls a “fate worse than death.”

In the past few years, American culture has finally begun turning its attention to the ravages of shame and the essential role vulnerability plays in our lives. And yet, what we might call the Twittersseum — All hail Emperor Dorsey! — has never been stronger. The appetite for witnessing destruction-by-shame has never been greater.

This leaves us with only one question to ask: How can we let this go on? How can we allow the Twittersseum to continue to desolate lives — and earn billions in doing so? (Fine, that’s two questions. So hang me.) The answer is we can’t.

Am I here to advocate the regulation of social media? Damn right I am. But that’s not really the point. Rather, every single one of us has in our possession a little vile containing an antidote to the Twitter poison. That antidote is the ability to stop and think. The more you think, the less Twitter is able to exact its punishment on innocent (or relatively innocent) people. It’s like clapping your hands to save the fairies: it really works.

But even deeper than that antidote is the import this has on our own lives. The truth is, we’re all pissed off. The world isn’t the way we want it to be. Not only that, but some uber-troll (looking at you, Zuckerberg) is shoving that shitty little reality in our face every second of every day.

The solution is not just calling for us to turn off algorithm-based hatred, which is tempting but logically circular. Instead, we need to begin seeking out the meaning that can lead to lives which are just a little bit more fulfilled, more joyful, more generous and — most of all — more forgiving. The day that even a small but critical mass of us begin confronting our private shame by taking this kind of emotional risk is the day public shame starts to die.

Until then, fight on, gladiators. 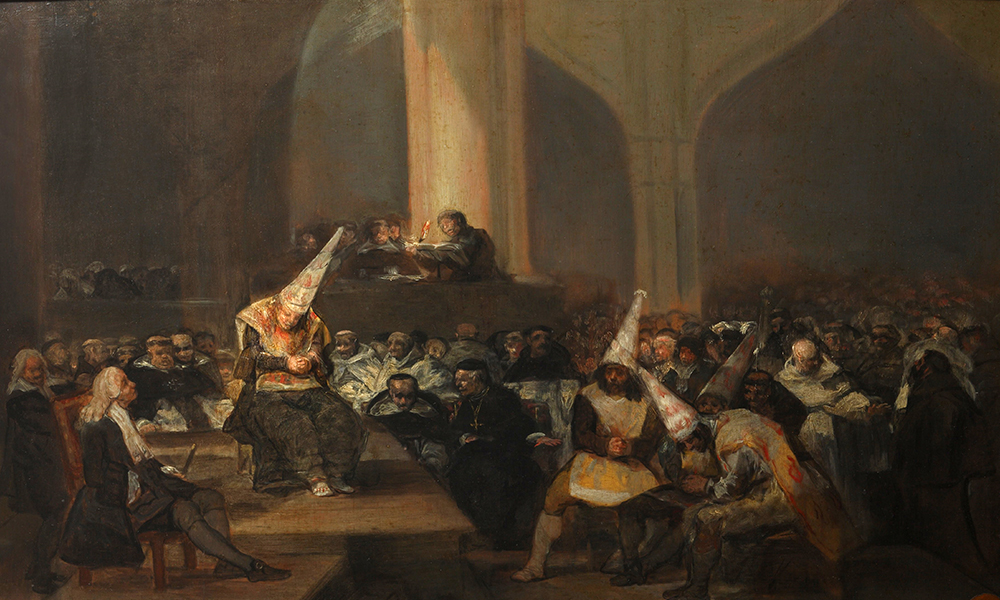