As promised in my earlier LARB article, this is the first in a series of episode-by-episode reflections on Orphan Black season five. These will not recap plots, nor will they rely on theoretical jargon or track how many times Alison calls people “fudgy fudgers.” There will be regular spoilers, and there will often be references to moments in earlier seasons. With that said, enjoy — and please don’t hesitate to extend the conversation.

Cosima’s question upon meeting her amusing new monitor, Mud, is simple: “Why are they here?”

She means Revival, the village of Neolutionists on The Island of Dr. Westmoreland. The naïveté of Mud’s answer is revealing: “To genetically improve the human race. We all contribute, and we all benefit.”

Orphan Black has often asked what it might mean to “improve” humanity, and just how we might all benefit. Moreover, who exactly is included in that promise? Season five renews this question by bookending its first episode with Mud’s opening declaration and then an even more revealing pronouncement from Rachel near its conclusion. Having descended from on high — from meeting a man almost a century and a half her senior — she passes along good tidings to the huddled masses:

I am humbled to have pierced the veil and to address you on behalf of Mr. Westmoreland. Like you, I was selected. I know now his hand guided my entire life. I know Susan Duncan, my mother, once stood here as I am, appointed to move the future forward. And she did. She created me. It is time to be brave, to sacrifice. The fruits of nearly 200 years of Neolution science are now within our grasp. And we here shall drink from the fountain first.

At this stage, we do not know exactly where Rachel stands in relation to her rhetoric. We know that she is a master of duplicity, and it is entirely plausible that she could use Neolution for her own purposes. Regardless, there are several keywords in her oration that nod to previous seasons of Orphan Black and may turn out to suggest a great deal about this one.

First, Rachel claims to have “pierced the veil.” Beyond the many times the show has utilized the act of penetration, the show has even used this exact phrase before, if for less serious purposes. In season three, episode eight, Dr. Neelan observes that the amusingly scatterbrained Krystal is “not one to pierce the veil, is she?” Contra the show’s blond bombshell (even if Krystal also evinces unique skills of intuition), Rachel claims to have penetrated the holy of holies, to have conferred with the man behind the curtain. And she at least pretends to be convinced that everything in her life suddenly makes sense: there has been an all-determining force at work that wipes away all the pain of her parents’ abandonments and condemnations.

I am not so quickly convinced that Rachel’s joy is this complete. But rather than trying to predict plot points, let’s set her claims beside the technotranscendence indulged in previous seasons by Dr. Leekie and by Henrik Johanssen. In Rachel’s address to Revival, she takes on the mantle of men who claimed that self-directed evolution is “not only a choice but a human right” (season one, episode six) and that “man’s work is God’s work, as long as you do it in his name” (season two, episode three). As Rachel tells Cosima later in season five’s premiere, she need no longer be afraid because “you and I are going to cure us all,” and as she informs the half-conscious Sarah, it is a “new day.” But who exactly is us — just the sestras? For whom is it a new day, and what is the impact if some “drink from the fountain first”?

My gut says that Orphan Black’s longstanding concern with hierarchy and the abuse of power means that it will continue exposing the capacity for gifts of scientific discovery to be turned into tools of biotechnological exploitation. The show has always been genuinely fond of real scientific curiosity (one need look no further than lab scenes with Cosima or Scott), but it has also shown itself ready to warn viewers about how biotech’s blessings can be perverted. The veil may have been pierced, but as I suggested in my earlier article, the question is whether penetration can yield to love. Little of what we know about Neolution or Rachel makes this likely, but at least in her case, perhaps some late-dawning humility remains possible. Perhaps.

Second, Rachel uses the rhetoric of “selection.” Orphan Black has long been a clear supporter of science education and especially the evolutionary paradigm of natural selection. Indeed Cosima Herter, the show’s “science consultant” (a title only beginning to suggest her responsibilities), took the first season’s episode titles from On The Origin of Species. In Rachel’s homily, though, being selected is an artificial phenomenon, just like in the children’s book that Charlotte reads to Cosima, and instead of promoting continuity and emphasizing interdependency, it connotes hierarchy and privilege. Rachel’s listeners are content that she has been chosen above them only because they also view themselves as selected above others. This is probably why Rachel immediately reminds them that “we here shall drink from the fountain first.”

The premiere of Orphan Black’s final season offers a reminder that there is a deep but unspoken lie at the heart of Neolution and most (if not all) historical forms of even positive eugenics. Just as Sarah discovered in the Cold River archives in the church basement of season two, episode six (images taken from Cold Spring Harbor Laboratory’s Image Archive on the American Eugenics Movement), and just as Cosima witnessed through the badly deformed Brightborn newborn in season four, episode five, it seems inevitable that there will be unconscionable human costs for eugenic projects. This is not to say that genetic engineering cannot improve human circumstances — far from it! Rather, just as we must question Evie Cho’s propaganda about BrightBorn, we are encouraged to hear how Rachel’s words ignore the plight of those who “drink from the fountain” last — or not at all.

One last keyword in Rachel’s testimony: “sacrifice.” “It is time to be brave, to sacrifice,” Rachel claims, but the perennial question remains: who will do the sacrificing, and will they have a choice? Ralph Ellison’s 1952 masterpiece Invisible Man features one of the great literary riffs on this pattern in American history, with the unnamed narrator rejecting his Brotherhood mentors’ insistence that “you were not hired to think” but to ““sacrifice, sacrifice, SACRIFICE!” Instead, he eventually retorts, “But shouldn’t sacrifice be made willingly by those who know what they are doing? My people don’t understand why they’re being sacrificed. They don’t even know they’re being sacrificed — at least not by us.” Just as that novel’s African Americans demand “equality of sacrifice,” Orphan Black invites its viewers to ask whether and how Neolution’s proposed sacrifices will be shared. Do its leaders actually plan to share its longevity treatments without discrimination, so that “we all contribute, and we all benefit”? Or is the price of access steeper than that?

I’ll conclude by suggesting that the first episode of season five introduces one new character who may already represent the involuntarily sacrificed. Identified only as “The Creature” in the episode’s credits, this being wrestles on the ground with Sarah in a fight much like that with another “monster” in season one, episode three, back when we were just getting to know Helena. There it was rebar, here a rock, but both times Sarah’s resourcefulness repulses her attacker. And just as Helena proved far more lovable than she initially seemed, I wonder if this creature might not also prove more sympathetic. Like Frankenstein’s creature and the hybrid animal-men of Moreau’s island, he (?) could become another of the beasts science fiction is so good at helping us encounter anew. In any case, it seems unlikely to be mere coincidence that the words read by Ethan Duncan from H.G. Wells’s novel back in season two, episode eight, were these: “The thing standing before you is no longer an animal, a fellow creature, but a problem.” Or that upon handing Ethan’s encoded book to Cosima two episodes later, Kira explained, “It’s about a man who makes monsters.” Helena too has often been called monstrous, so if the show is true to form, we should scrutinize the creator more suspiciously than the Creature. 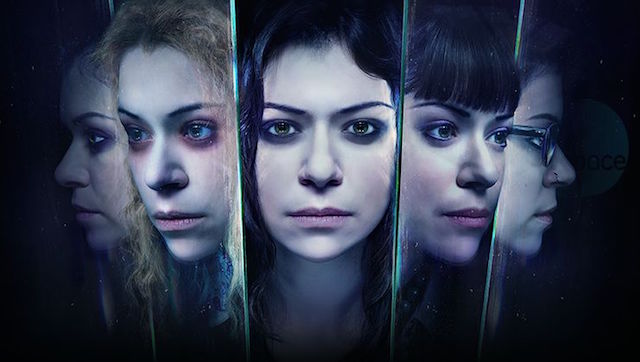