Eleanor Goodman is an acclaimed translator who recently completed a stint as Artist in Residence at M on The Bund in Shanghai. Before that, she was a Fulbright Scholar in Beijing and a recipient of a Henry Luce Translation Fellowship. Her first book of poetry, Nine Dragon Island, will be published by Zephyr Press later this year. As her time in Shanghai recently came to a close, I asked her to reflect on the current state of the poetry scene in China. After reading this Q&A on the Chinese poetry today, you might want to look back to the recent post on Ezra Pound and China.

AUSTIN DEAN: What are the differences between the literary scenes in Beijing and Shanghai? Or, are they actually quite similar?

ELEANOR GOODMAN: People ask me this question a lot, including my Chinese friends. I think the difference in the scenes is subtle but real. First and foremost, the Beijing scene is very large. Beijing is an enormous city with more universities than anywhere else in China. Poets tend to congregate around universities for the same reason they do in the US: it’s one of the few places they can make a living (at least in part) via their writing. But of course, there are plenty of poets outside of academia as well, and as Beijing is still a center of art and culture, they tend to migrate there.

The Shanghai scene is smaller. Everyone knows everyone else, even if they mutually disapprove of each other’s writing. The scene in Shanghai also tends to skew younger, in my experience. There are more established poets in Beijing, while Shanghai is dominated by some young but prominent poets born in the 1970s and 1980s. It gives a very different flavor to the parties, at least.

What was the most surprising or unexpected thing you learned about the literary community in Shanghai during your stay?

I suppose by now I shouldn’t be surprised by this, but I’m always struck by how completely disconnected the expat literary scene is from the Chinese one. There is virtually no interaction between the two. The English-language events are attended almost exclusively by expats, with exceptions of course, and the Chinese-language events are attended by Chinese audiences. Obviously, language plays a role here, but I think it goes deeper than that. There’s a social element too. In my experience, and that’s certainly limited, the expat/Chinese social scenes are highly segregated as well, so it goes well beyond the literary world. I almost never see other foreigners in my Chinese social and professional circles. I could speculate all day about why that is, but I certainly have no definitive explanations.

On a similar theme to the first question, do you see work from younger and older poets dealing with very different themes or is there actually a lot of overlap? What about differences between male and female writers?

Poets across the world tend to be occupied with similar things: love, wonder, nature, human experience, language itself. I don’t see a huge difference there. But I do see a rather large difference in how these themes are dealt with. The poets born before, say, 1970 experienced the Cultural Revolution. They had very limited educational opportunities. Many of them are essentially self-taught. Poets born in the late 1970s on tend to be college graduates, many of them from very prestigious institutions. They have read widely — not just poetry, but philosophy, Western theory, history, and so on. They’re savvy, and they view writing as something to study in and of itself, much in the way the West has been totally consumed by the MFA fever. So I see a pretty clear distinction in term of style and approach. I hesitate to go so far as to say that the younger poets are more sophisticated. No one could be more well read and complex than Zang Di, who was born in the 1960s. But member of the younger generation wear their erudition lightly; they take it for granted. That’s not true at all for the older cohort.

To what extent is being a poet a full-time job in China or do you see people doing a lot of other things to support their poetry? If the latter, what kinds of things to they do? Have you met any T.S. Eliot style figures — clerks at the Bank of China by day, poets by night?

You can certainly make poetry a fulltime gig, but you’ll starve pretty quickly. Aside from the guanfang (official) poets, who are part of the Writer’s Association and are paid by the government to write — and because of that are generally not taken seriously, with the exception of the prominent poet Lan Lan and perhaps a few others — everyone has to have a day job. As I said, many choose academia, although academics here are paid a pittance compared to their Western counterparts. Otherwise, poets are everywhere. I personally have translated poetry by people who make a living as a pilot, philosophy grad student, editor, entrepreneur, real estate mogul, high school teacher, lawyer, Foxconn factory worker, coal miner, doctor, legal translator, and the list goes on and on. They represent a cross-section of society, if you as a reader are willing to seek them out.

What aspects of the lives and works of Chinese poets and writers are under-reported or under-acknowledged in English-language writing on China? In other words, what types of question should we be asking that we aren’t currently thinking about?

This is a wonderful question because it assumes that there are aspects that are widely reported and acknowledged. I would say the American reading public lacks virtually any exposure to or understanding of the contemporary poetry scene in China. Part of this is the paucity of translations (let alone of quality translations), and part of this is a lack of interest. Compared to Chinese readers, American readers tend to be incredibly narrow in their choices. We don’t like to read literature in translation, we aren’t curious about other literary scenes, and we’d rather just be fed something sweet and simple than work to extract something from a foreign text. This is all a vast over-generalization, but I think it holds true writ large. If you go into a Chinese bookstore, perhaps a quarter of the shelf space will be taken up by translated books, many if not most of them recently translated into Chinese and prominently displayed. If you walk into an American bookstore (does anyone still do that?), you’re unlikely to find anything similar.

That said, if I step off my hobbyhorse for a moment, I wish more people understood that Chinese poetry has progressed past the Tang Dynasty. There’s some incredibly sophisticated, avant-garde, topical writing going on in China right now that bears little resemblance to the distant mountain-and-river scenes of Li Bai and Wang Wei. My goal in translating is to bring some tiny percentage of those rich materials to the English-speaking world. 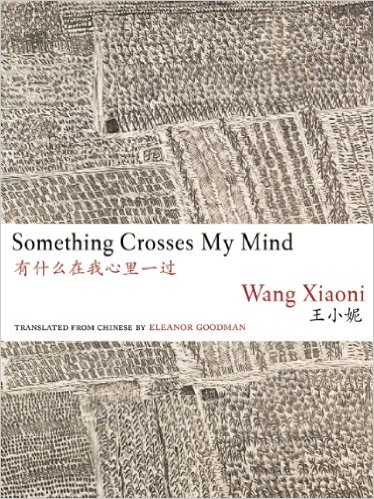