As I wrote back in December when we at the LARB China Blog were suggesting titles for holiday shopping lists, my 2015 recommendation for a must-read China book is In Manchuria: A Village Called Wasteland and the Transformation of Rural China, by Michael Meyer. A former Peace Corps volunteer and freelance journalist in China, Meyer now teaches English at the University of Pittsburgh (and is also, full disclosure, a fellow in the Public Intellectuals Program I co-direct at the National Committee on U.S.-China Relations). While Meyer’s first book examined life in Beijing’s narrow and twisty hutongs, or alleyways, as they faced demolition, In Manchuria moves north, to the vast expanses of China’s northeast. Using the village of Wasteland as his home base, Meyer criss-crosses the region, stopping in major cities and forgotten hamlets as he explores Manchuria’s history and reflects on the changes underway in the Chinese countryside today. I recently interviewed Meyer by email; if you’d like to see him discuss In Manchuria in person, check out his book tour dates here.

MEC: You write that you first voiced the idea of moving from Beijing to Wasteland “after too many shots of 120-proof liquor” one night. How did the idea go from there to reality?

MM: “One day, I just showed up with a suitcase.” After nearly a decade in Beijing, I had moved to New York City, where my wife had a job offer as an attorney. I spent a year-and-a-half in the 42nd Street library, rummaging through its surprisingly large collection of northeast China history, dreaming of traveling the region. I mean, literally dreaming – at night, I’d be walking down Broadway and see the Winter Garden’s marquee reading not “Mama Mia!” but “Manchuria! The Musical.” After my wife’s father died, she decided she wanted to spend some time back home, and so she quit her job, we put our things in storage, and boarded a plane.

MEC: Throughout the book, you mention how immediate history seems in Manchuria, and many of your travels involve seeking out some half-forgotten historical site. How does history (lower-case h) in Manchuria differ from the grand narrative of History (capital H) the Chinese state puts forth? What are people’s relationships to the two?

MM: The standard stentorian narrative of “China has 5,000 years of history” subsumes the uniqueness of the Northeast, where the major events began only 400 years ago —  around the time Shakespeare wrote his plays, and the Pilgrims landed at Plymouth Rock — and where many of the players were not Han Chinese. The remains of the ethnic Korean Koguryo kingdom, Manchu-built Willow Palisade, and Russian and Japanese-backed railway settlements are seen — and often brushed aside — as local history, when in fact they illustrate crucial turning points in the nation’s History.

Because Wasteland village was founded by pioneers, and its rice paddies carved by hand on the Songhua River floodplain, people sounded less enthralled by history and more enmeshed in it. They lived through the Japanese puppet state of Manchukuo, the Chinese civil war, the Korean War, and land reform. Uniquely, they saw how their Chinese history formed part of China’s History.

MEC: Manchuria saw Japanese colonization in the 1930s, and several of its major cities still reflect the influence of Japanese urban planning. How does the region’s attitude toward Japan differ from that in the rest of China, where the primary encounter with the Japanese empire was during World War II?

MM: Japan’s presence is still palpable here. An air raid signal blows on the morning of September 18, the anniversary of the 1931 incident that triggered the Japanese invasion of the region, and every city has a “patriotic education base” that reminds visitors of the brutal occupation, including germ warfare experimentation labs. Munitions dumps — filled with chemical weapons — are still being dug up. But other relics from that era have been put to popular use. Tourists fill the restored chain of hotels built by the Japanese-controlled South Manchuria Railway. Former Manchukuo ministerial buildings — built in the architectural style dubbed “Rising Asia” — are used as government offices, classrooms, and hospitals. In a sense, the entire northeast is a patriotic education base, reminding us of Japan’s ambition to rule Asia, and the price Chinese paid for it. But Japanese civilians paid that price, too, and uniquely, the Northeast also shows it. When the Soviet army invaded “Manchukuo” in August, 1945, the Japanese army abandoned the “pioneer farmers” it had enticed to move to the region. Although they made up only 17 percent of the 1.5 million Japanese in the region, these settlers accounted for nearly half its death toll, which equaled that at Nagasaki. Out of 270,000 farmers in the Northeast, 80,000 — mostly women and children — died at war’s end.  In the book, I visit a cemetery that holds the remains of some of those people, who, according the Chinese government, were also victims of Japanese fascism. The town where it’s located has a sizable population of settlers’ orphans, raised by Chinese families — even many shop signs are in Japanese.

The cemetery was sanctioned by Zhou Enlai and survived the Cultural Revolution, but not the Internet and the national mood. Recently, activists who met online traveled from southern China to deface a new memorial at the cemetery, which — once the story went viral — caused the local government to bulldoze the stone tablet.
MEC: A major storyline in In Manchuria concerns the growth of agribusiness in Wasteland and how the encroachment of Eastern Fortune Rice was something of a mixed blessing for the area’s elderly farmers. What are your thoughts on this change?

MM: Speaking of Zhou Enlai, I just flashed on his thoughts on the impact of the French Revolution: “It’s too early to tell.” The government’s push to consolidated farms managed by companies makes sense in terms of efficient use of land and improved food safety. It also frees young people from a lifetime tilling soil, when they would rather be in school or in business. None of my elementary of middle school students had worked in the fields, because their parents didn’t want them to. This was a marked change from my rural students I taught as a Peace Corps volunteers 20 years earlier, who used to have to walk home on the weekends and plant and weed and use a scythe.

The issue at hand is whether farmers have a choice to contract their allotted land to a company, or if they’re being compelled to. In Wasteland, for example, some farmers were perfectly happy to sign their paddy over to a company in exchange for a fixed payment every year, a new apartment, and the freedom to pursue other work. But some farmers saw the increasing price of rice, the garden and chicken coops around their one-story house, and better-quality seed and fertilizer as a boon, and reason to continue working. Some even raised organic crops, since there’s a market for that now in China. These farmers were original settlers, and had lived through failed experiments like the communes. At last they could farm as they wished, and now a private business was telling them to leave.

The next big policy change in China — along the lines [of] the creation of the property market in the early 1990s that inexorably altered Chinese cities — will be the reform of rural land rights. Currently, farmers can lease their assigned plot, but not sell it outright, or mortgage it to raise capital. The rural half of the country doesn’t have the mobility — or earning and spending potential — that the urban half enjoys.

MEC: What are some of the sources you drew on while researching In Manchuria? If you were asked for a brief reading list about the region, what would be on it?

MM: I traveled 25,000 miles in Family Circus-style loops around the region, in search of relics and people. I dug through archives in China, Japan, and the United States. The most complete collection of Japanese colonial gazetteers is in the Library of Congress, having been rescued from return to Japan by a forward-thinking clerk in south Manchuria, who steered them to the U.S., and the only copy of the expedition journal to the Northeast’s first archaeological dig is in a rare book room at Harvard. Outside of contemporary interviews, the sources I enjoyed most were the diaries of explorers and missionaries to the region before the railroad arrived in 1901. “Although we cannot be certain where God created paradise,” one French priest recorded, “we can be sure He chose some other place than this.” But I found it beautiful and unique, a land worthy of its evocative name. 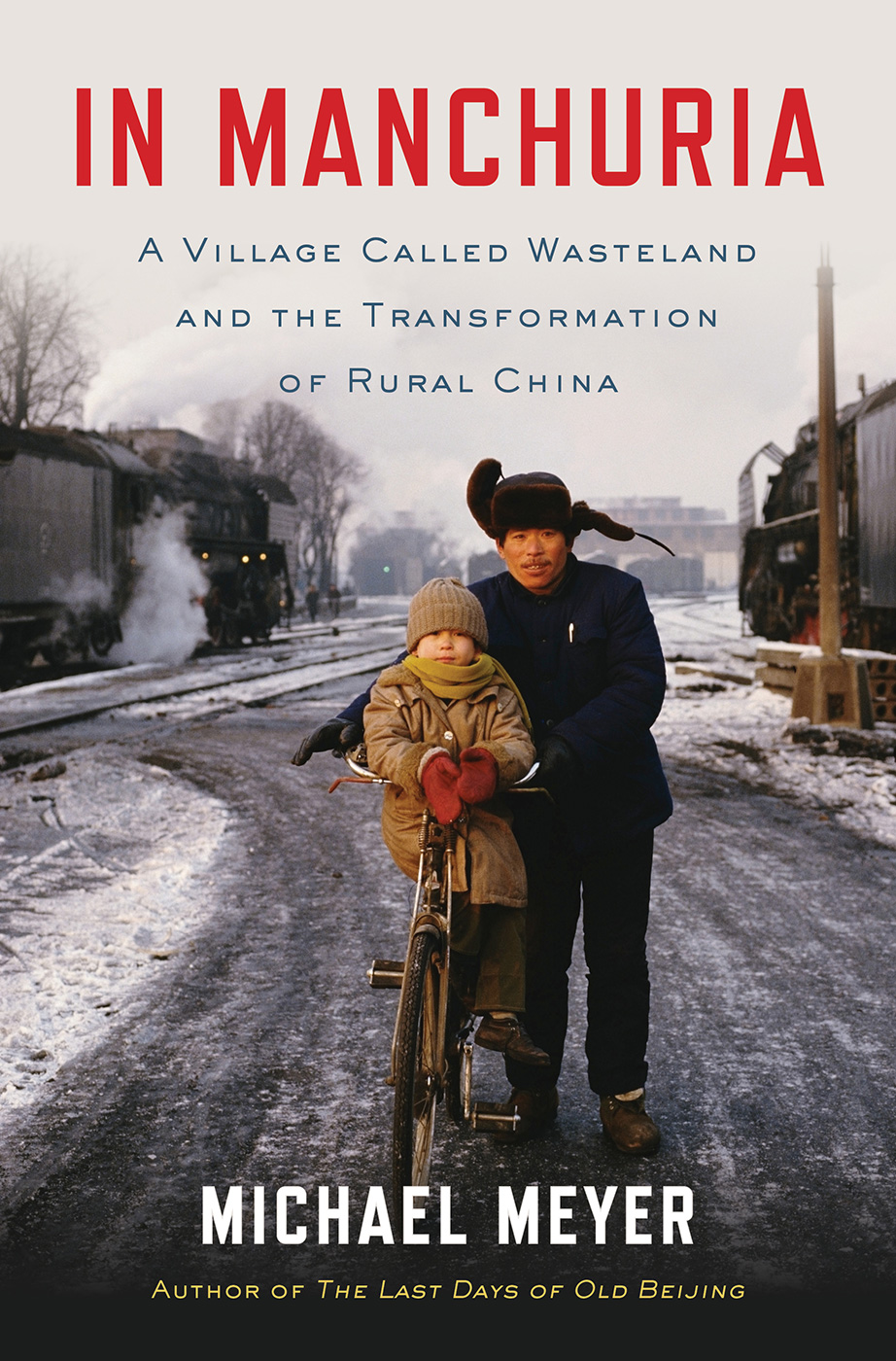