Lois Conner is known for her large-scale panoramic photographs relating to a global landscape. Her pictures are characterized by their narrative sweep, a sense of place, and their implicit attention to history and culture. Many of her projects have an arc of decades, including her work in China, on the Navajo Reservation, and the American West.

Conner has been awarded numerous awards, including an Anonymous Was a Woman fellowship, as well as grants from the Guggenheim Foundation, the National Endowment for the Arts, and New York State Council on the Arts.

In the fall of 2012 her work was featured at the Metropolitan Museum of Art, in the Chinese Gardens: Pavilions, Studios, Retreatsexhibition. Recent solo exhibitions include Beijing: Contemporary and Imperial at the Cleveland Art Museum in Ohio; Unfurling the Landscape, Australian National University, Canberra; Reading Landscapes, M97 Gallery, Shanghai (all 2015); Searching for Van Gogh, Dali, China (2013); Drawing the Land, JNBY Gallery in Hangzhou, China (2012); and Beijing Building (2011) Rossi and Rossi in London, as well as inclusion in Pictures by Women: A History of Modern Photography, the first exhibition in the renovated Photography Gallery at the Museum of Modern Art, New York (2010).

The Arthur M. Sackler Gallery, Smithsonian Institution, in Washington, DC, presented a retrospective of her work, Landscape as Culture, in 1993. Her work is in the permanent collections of many museums, including the Museum of Modern Art and the Metropolitan Museum of Art in New York; the San Francisco Museum of Modern Art, the Getty Museum and the Los Angeles County Museum of Art in California; and the Victoria and Albert Museum and the British Library in London.

Her books include Beijing: Contemporary and Imperial (2014), Beijing Building (2012), Life in a Box (2010), Twirling the Lotus(2007), and China: The Photographs of Lois Conner (2000). Upcoming books are Lotus (Shanghai press) and American Trees(Princeton Architectural Press)

Conner has been teaching photography for thirty years, including a decade at the Yale University School of Art. Other venues include Princeton University, Sarah Lawrence College, Cooper Union, Stanford University, the New School and the School of Visual Arts. She is currently teaching at Bard College. 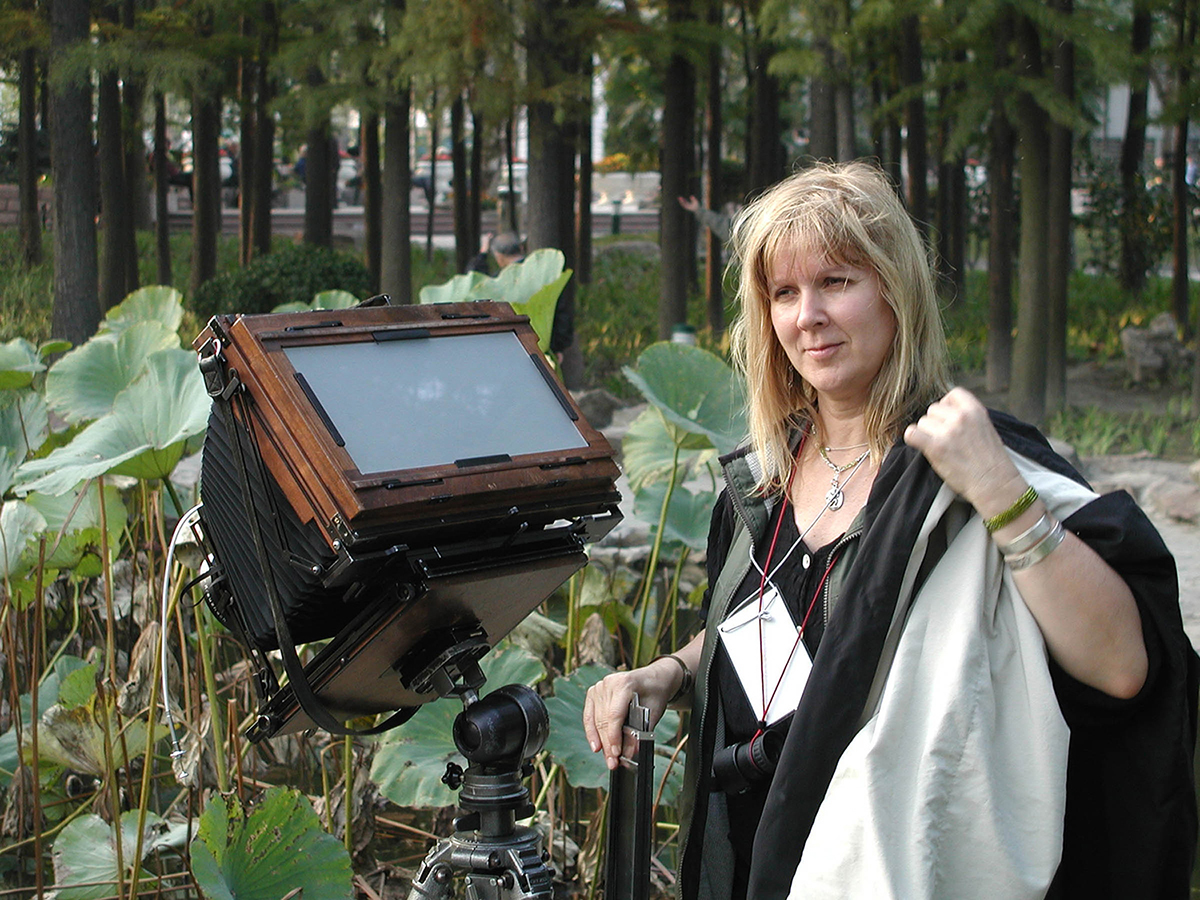