Julia Anderson-Miller studied drawing, painting and art history at Moorhead State University and the University of Minnesota. In 1982 she produced a performance piece based on her experience working as a waitress in Minneapolis while attending college. This dramatic foray (as “Betty the Enlightened Waitress”) led her to a six-year run as a cast member of What’s So Funny about Being Female, a revue at Dudley Riggs Comedy Theater in Minneapolis. Julia moved to Chicago in 1987 where she took a job as Art Director at Academy Chicago Publishers. She designed book jackets and illustrated many books. Her paintings have been shown in solo and group shows at several Chicago galleries, and at The Dance Theater Workshop in New York. “My newer paintings combine Items that have never met each other, but once together – zing – the painting has a game-like quality,” Julia says, “some of them resemble scientific game boards or bird game boards. Then there are the PeeKee’s village paintings, set in an opulent, well-to-do village with surly musicians and a treasure hunt.” 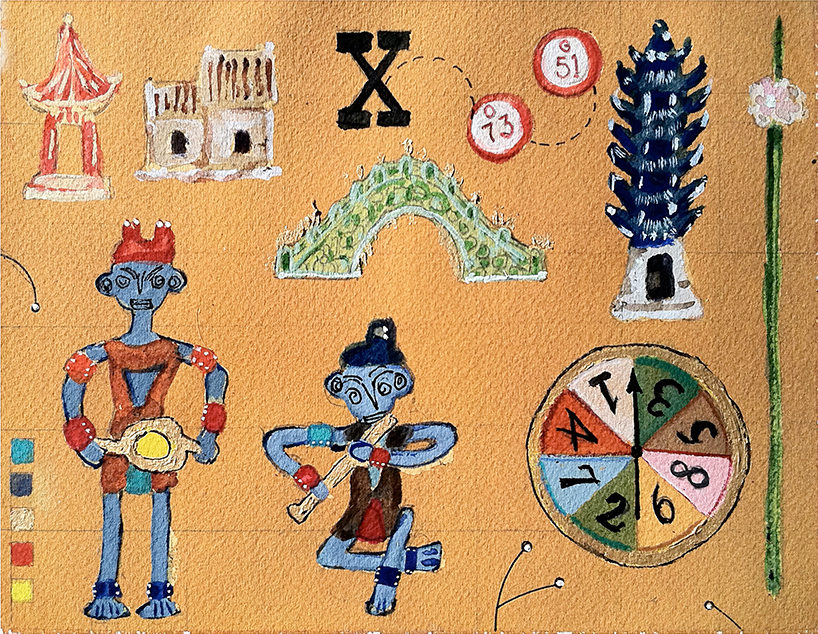