My cousin and his wife are visiting us. It’s been a long time since Steven and I played hide and seek together, growing up in London. When I moved to Israel as a teenager, the connection between us was severed, or so I thought. The few times I saw him over the years on trips to England, we hardly talked. He was a stranger, grown tall, with a gruff voice and a retiring manner. Neither of us could break through the barrier of years on those brief trips, and I don’t believe we really tried. Then last year I visited England on two occasions, and saw him both times. I laughingly told him I would put up curtains in the guest room if he came to Israel. A few days after returning home, his wife, Sue, sent me an email: We’re coming she said, the flights are booked. I was surprised that they would visit after so many years.

By email we discussed the places they would like to see on their trip: The Old City of Jerusalem; Jaffa; the Dead Sea; a number of churches. We made plans. I hung pretty chintz curtains with pink flowers in the guest room. I put matching sheets on the bed and emptied the closet of towels and linen. I wanted it to be perfect. It had been so long.

The day before their arrival, the tension began building in Israel again. There were sporadic knifings, talk of a third Intifada, rumours of a new blast of hatred. For once, I studiously blocked all this out of my mind. I wanted their visit to be a happy one. I wanted to show them that people can live side by side in peace, despite their differences. I even considered a visit to my friend in Ramallah if things calmed down. But they did not.

On the contrary, the day they arrive in Israel there is another knifing attack in the Old City as they drive to us from the airport. I stop listening to the news as their car draws up outside our house. We hug, we drink tea and eat maple syrup cake together. Sue has a thousand questions to ask about life in Israel. My partner, an historian, answers her patiently while I bustle around with the tea things. The beginning of Muriel Rukeyser’s “Poem” rings in my ears as I place a pot of tea on the kitchen table, for she sums up so perfectly how I feel:

I lived in the first century of world wars.
Most mornings I would be more or less insane,
The newspapers would arrive with their careless stories,
The news would pour out of various devices
Interrupted by attempts to sell products to the unseen.
I would call my friends on other devices;
They would be more or less mad for similar reasons.
Slowly I would get to pen and paper,
Make my poems for others unseen and unborn.

This is what I have been doing for a long time: attempting to keep my life together while everything collapses around me. I want to tell my cousin and his wife to go see everything, but I can’t. I want them safe and it doesn’t feel safe here right now. I explain to them that my life is here but I wonder if it really is. I was sent to live in Israel against my will and I have lived through two Intifadas. I have raised three children here. I have worried about them as buses explode and people are attacked. I have sheltered them while others have watched their homes razed to the ground or buried their sons and daughters. I have tiptoed around the blood and the revenge for so long. I am living on a volcano when I could be living back in England, and who knows how my life might have turned out there. My mother used to laugh when I accused her of ruining my life by bringing me here, telling me that I would never have met my partner or given birth to my beautiful children. This is true, but it is not enough to justify what I am doing here, so many years later.

I cannot explain this to my cousin, so instead I say that that there are good people, Palestinians and Jews, who long for a different life, far removed from the penetrating violence and hatred.

But we avoid politics that first afternoon. We have a lot of catching up to do. I left England suddenly, at16, sent to a boarding school in Israel after the death of my only brother, Andrew, in a traffic accident. The trauma and the abrupt move from everything I had ever known wiped my slate of childhood memories clean. I remember precious little. As we sit around the kitchen table, Steven disappears for a moment and returns with a small stack of photos. He moves the tea things to the side and lays the photos out on the table as if he’s handing out playing cards.

These family photos from my childhood stun me for a moment. I buy time, rearranging them in two neat rows with my fingertips. There are photos of us when we were children, Andrew and Steven and myself in various poses sitting in the back garden of his house in London, bundled up in sweaters and raincoats. I’ve never seen these photos before and they stir something deep within me. There’s my brother, smiling a cheeky grin, standing above my father, who is pointing at something in the distance. There are also photos I have never seen of my brother’s bar mitzvah — Andrew wearing a yarmulke, reading a speech, his head tilted to one side, and one of me at dinner wearing an embroidered waistcoat and matching skirt. Suddenly, I remember that outfit — the material was heavy and stiff and a bit scratchy on my skin. I remember running my fingers over its rough texture. Perhaps Steven holds a key to my memories. He is close to me in age, and he remembers.

On their third day, Steven and Sue go to Jerusalem. It’s raining and I rummage through the closet looking for umbrellas. It’s been a long, hot summer and it takes me a while to find the umbrellas, shoved to the back of the closet. The Google map they consult early that morning suggests that the quickest route to Jerusalem is through the tunnels that divide Israel from the West Bank. The road winds through a Palestinian village on the one side, and an ultra-orthodox Jewish town on the other side. This is a road I take regularly, to avoid the heavy traffic snaking up to Jerusalem on the main highway. But I say, No, it’s not safe for you there. We find an alternative route and they leave, umbrellas in hand.

All day, I worry about my cousin and his wife. While they are in the Old City, there’s another stabbing, and they are told by patrolling policemen to avoid the Muslim areas. Instead, they go to the Western Wall and the Church of the Holy Sepulchre. Sue is Christian and she lights a candle in the church and prays. I would have lit one too if I had been there. Later, I don’t ask her what she prayed for. I think I know.

We join them early evening in the open-air market of Mahaneh Yehuda for dinner. I am terrified something will happen; I feel protective, responsible. The market is crowded with people on their way home from work, haggling for vegetables and fruit that gleam under bare light bulbs. Nothing happens, we eat dinner and then buy a few spices, crimson sumac and lemony za’atar, from one of the few stalls still open. The night sky deepens and I breathe a sigh of relief as we reach home.

We spend a morning walking the gentle hills near our home. It’s late morning. The ground is dotted with bushes of wild oregano. Carob trees grow on one side of the path and pale fields stretch out further than we can see. A lone gazelle appears on one of the higher slopes, and the dog shoots off, barking and wagging her tail. We visit the nearby church, Bet Jamal, and the nun who welcomes us at the church gate tells Sue that she will be back to visit again.

The next day, we drive down to Masada together. We get a late start, and the sun is already shining fiercely as we begin the ascent, armed with bottles of water and hats. The fortress, constructed by the Judean King Herod, was the last stand of the Jewish revolt during the Roman Empire. Today, it’s a protected site of UNESCO and a symbol of Zionism to Jews. For me, it’s simply a physical challenge. I twisted my ankle a few weeks before, and it throbs unpleasantly as I climb the steep incline. But I’m stubborn and we make it to the top, my partner and cousin pulling me up the last few steps. At the top, hordes of tourists with selfie sticks and iPhones are snapping photos and posing in front of the ruins. It feels like business as usual up here.

I watch the ravens circling the cable car station. I think of the Jewish zealots, here at the top of the mountain all those years ago, looking down at the drop below, willing to kill for their beliefs, willing to hurl themselves off the top rather than fall in the hands of the Romans. I think of Palestinians and Jews today. They are desperate, and the fanatics among them are willing to give their lives here, and to take the lives of others. I think about what’s happening down below in this country I live in and I shiver, despite the immense heat. I blink in the bright sunlight and return to Rukeyser’s words:

After that, we climb back into the car and make our way to the Dead Sea, twinkling brightly along the receding coast. My daughter is worried about the sink holes and asks what it must be like when such a hole opens out like a gigantic mouth. It’s like the end of the world, I say, and then stop myself. We’re on vacation today and I turn the music up a notch.

We park the car and make our way down to the Dead Sea, each of us carrying a towel. By now, it’s late afternoon. We step together into the shallow sea, taking care not to slip on the mud, then lie back and let the waters lull us. We float for a while. The memories Steven has shared with me surface in my mind, and I long for more. Later, I sit in a deck chair and listen to the laughter around me as people from all over the world cover themselves with mud, and then lean back into the warm, oily water. It’s a rare sound, this laughter, ringing out over the water. We stay a couple of hours and then leave, as the day cools down and dusk falls. 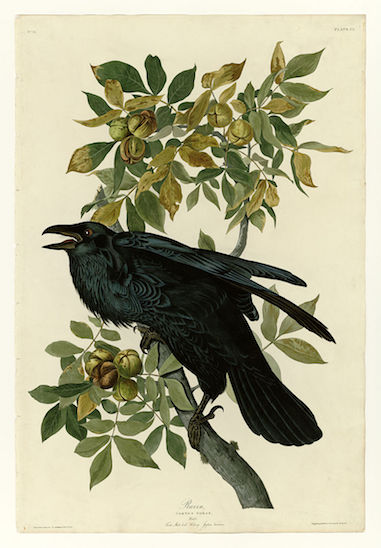