In my years in Korea, I never met an author humbler or nicer than Han Kang: she was always willing to answer emails, give an interview, or do a public appearance. Which is why it is pleasant to note that last week, in a “stop the presses” (or perhaps “restart the presses”) moment for Korean literature, she won the 2016 Man Booker International Prize for her harrowing and brilliant The Vegetarian.

Mention should also be made of Kang’s excellent translator Deborah Smith, whose prose is both literary and readable, and who shared in the prize. Kang’s achievement immediately became the biggest “win” in Korean translated literature, surpassing that of Kyung-Sook Shin’s 2012 Man Asian Literary Prize winner Please Look After Mom. It comes at the same time in Korea that four of the last six winners of the prestigious Hyundai Munhak Award for Literature (2010-15) and four of the last six Yi Sang Awards (2010-15) were given to female writers.

These victories are the tangible residue of a surprising change in the world of hanguk munhak, or Korean literature, in which female authors have become dominant in Korea, and doubly so outside Korea in translation. This might seem an unlikely outcome from a country that, just 50 years ago, still referred to female writers as yeoryu jakka, or woman authors, while the men were simply referred to as jakkanim — authors, honorifically.

To understand the magnitude of this change, we need to take a quick ride in the Wayback Machine. Historically, Korean women were essentially barred from being authors. First, there was the problem of language: classical Korean literature was written in Chinese, a language women were not taught. Second, there was the problem of the social order. To become a writer one almost necessarily had to be a yangban (a word that implies scholarly aristocracy as well as administrative and military service), an option not open to women as it was either passed down hereditarily along the male line or awarded by test score to successful, and always male, applicants.

During this period, virtually the only literary work by women was produced by gisaeng (something like geisha) and they tended to produce formulaic laments about not being able to be with the yangban they loved. This began to change, ever so slightly, during the Joseon Dynasty when, officially in 1443 (though it actually took a few years), King Sejong decided to create a native Korean alphabet called hangul, which slowly became the language of literature. (Very slowly, in fact: even today, some Chinese characters, or hanja, remain in use in South Korea.)

Unhappy with the effective illiteracy of Koreans uneducated in the Chinese language, King Sejong pushed to make it easier for “normal” Koreans to read and write, by imagining a new set of letters: natively Korean, easy to learn, based on the position of the speech organs used to pronounce them, and formed by two- and three-letter syllables. “Being of foreign origin, Chinese characters are incapable of capturing uniquely Korean meanings,” declared the ruler himself. “Therefore, many common people have no way to express their thoughts and feelings. Out of my sympathy for their difficulties, I have created a set of 28 letters. The letters are very easy to learn, and it is my fervent hope that they improve the quality of life of all people.”

Because hangul could be quickly learned and was suited to the Korean language, it could be taught to all: even to the poor, and particularly to women. In fact, Hangul was sometimes known as the “language of the inner rooms” (a dismissive description used partly by yangban in an effort to marginalize the alphabet), or the language of the domain of women. Hangul entered use humbly enough, primarily in diaries. Many Confucian scholars and some kings were not proponents of hangul, considering hanja the proper language of literature, and its official usage and acceptance varied over the centuries. It did, however, give a textual voice to all those who could never before write their thoughts down.

As the Joseon Dynasty waned in the late-19th century, Korean literature went through a brief period of so-called “enlightenment” before falling to colonial Japan. At the start of this era, there was a window for female authors, due in part to a “modern” emphasis on “free love” (not “free love” as we’ve known it since the 60s, but the right to choose your spouse) and education for women. After Japan’s defeat in World War II closed the colonial era, literature reverted almost wholly to an all-male endeavor. Then, of course, came the defining issue for the remainder of the century: the Korean War, which dominated the country’s discourse in most fields, literature being no exception.

In the second half of the 20th century, women remained on the periphery of Korean literature by nature of the subject matter considered appropriate. The division of the country, both physically and psychologically, became the primary issue, which meant that most fiction centered on political struggle, ideological separation, and national bifurcation. But as the Korean economy and society changed, often incredibly quickly, so did the national estimate of Korean “problems.” The war receded, Korea modernized, industrialized, and internationalized, and this brought women to the front and center of Korean society, with many of them finding themselves at writing desks.

Park Wansuh began by writing on themes that roughly fit into “division literature”: mothers and daughters left abandoned by husbands, fathers killed or disappeared during the ear. In Who Ate Up All the Shinga, perhaps her most representative work on these themes, she tells the semi-autobiographical story of deciding to become a writer. Later in her career, Park began to pivot to a new theme, one that would shortly become central to many female writers who arrive on the scene shortly after her: the alienation and spiritual dispossession of women in the newly industrialized and modernized Korea. 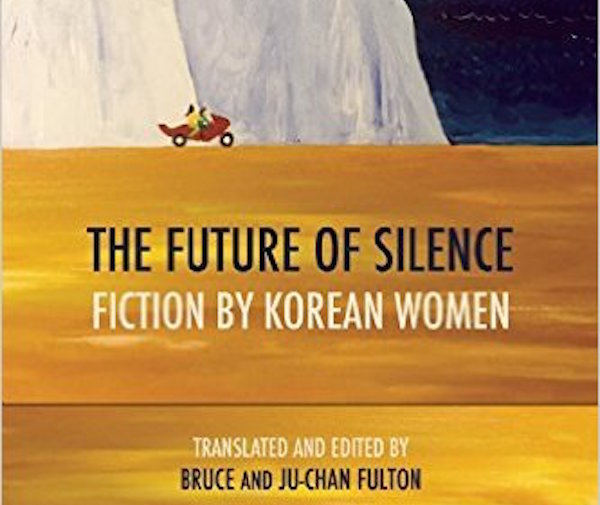 This kind of fiction can be found in Park’s Identical Apartments (included in the recent collection The Future of Silence: Fiction By Korean Women) and Dalkey Archive’s book of her short works, Lonesome You. Once Park became popular — and she was one of Korea’s most beloved writers — the walls began to crumble, and a new woman’s fiction emerged from the pens of such writers as Eun Hee-kyung (Poor Man’s Wife), Ch’oe Yun (There a Petal Silently Falls), Shin Kyung-Sook, Bae Suah (Nowhere to Be Found), and others.

As this process occurred in Korea, important changes were taking place in the greater spheres of publishing and reading. A recent study, for instance, reveals that translated fiction sales have doubled in the United Kingdom since the turn of the century while general fiction sales have dropped. The numbers have been particularly impressive in Korean literature, which went from selling 88 copies in 2001 to 10,191 in 2015. Alongside this increase, and to some extent pushed by it, the nature of what was translated has changed from a tightly gate-kept “representational” literature to a wider range of stories which are much more accessible to non-Korean readers.

To put it rather bluntly, the older more traditional critics who used to control Korean literature have been to some extent pushed aside, and publishing, thankfully, has been moved to overseas locations. The Literary Translation Institute of Korea (LTI Korea) has been at the forefront of this effort, but it has also been spurred on by the efforts such individual translators working both alone and in concert with the LTI  as Deborah Smith, Sora Kim-Russell, and Kim Chi-Young — mostly, and perhaps unsurprisingly, women.

At least six elements converged to bring women to the forefront of Korean literature translated into English (or indeed French, Polish, Spanish, etc.). First, the creation of hangul made writing possible for women. Second, Korea’s modernization brought at least the idea of equality to the table. Third, industrialization created a new class of autonomous “economic woman” who theoretically has access to the same avenues of expression that men always had. This began during the colonial period but primarily took place during and after the economic boom under the military rule of president Park Chung-Hee. Fourth, internationalization raised awareness of new models from the overseas lands in which women were perceived to enjoy all forms of expression.

Fifth, as economic and social changes occurred across Korea in the late 20th century, women lost their traditional positions. Women felt a new and distinctive form of alienation, having lost the diminished but understood traditional role of eomma, or mother. Shin Kyung-Sook’s Please Look After Mom is one of the works that directly addresses this loss and the nostalgia it creates for the “good old days” while others focused on the anomie that resulted.

Finally, changes in the publishing market resulted in better books being chosen for translation, smoother language in the translations themselves, and an increased interest in Korean literature overseas at the same time female writers were coming to dominate the Korean domestic market. Taken all together, these historical trends have resulted in a riches of Korean fiction by women eager to dig into meaty, contemporary issues related to sexism, commodification, and the role (or non-role) of the individual in Korean society and the world at large.

Increasingly, these writers are focusing on individual, character-driven fiction that resonates with Western readers. This represents a strong break with mainstream Korean fiction, so often driven by vast historical and social forces beyond the control of its characters. These forces remain quite evident in the fiction mentioned here, but its focus has shifted to the psychological and practical responses of particular individuals in the face of these overwhelming influences.

Fortunately, much of this fiction seems to be finding a home in English. The happy result of this for readers looks like a new “Korean wave” of literature driven by women. It would be unfair to say male writers are not doing some of the work, but at this point in time it seems that the bulk of this work is being done by women.

And where to dip in to these newly open waters? Interested readers could profitably begin with any of the novelists named above, or collections like the aforementioned  The Future of Silence or Questioning Minds: Short Stories by Modern Korean Women Writers. These works, all quite literary and based on solid, comprehensible plots, even as they often veer into the surreal, may eventually lead you down a wormhole, but you’ll surely enjoy the ride.

Charles Montgomery is an ex-resident of Seoul where he lived for seven years teaching in the English, Literature, and Translation Department at Dongguk University. He currently lives in Oregon. He can be found online at ktlit.com. 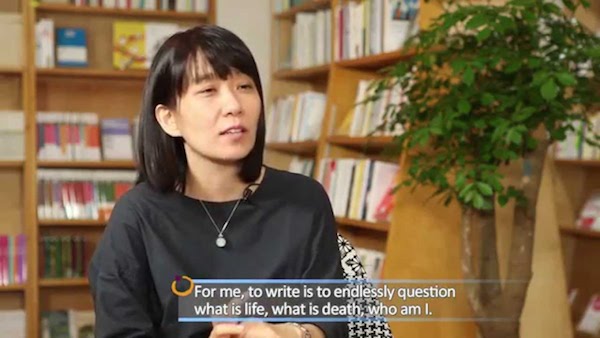