This is the first in a series of posts on the Library of Korean Literature, a series of modern novels and books of short stories in English translation published by Dalkey Archive Press in collaboration with the Literature Translation Institute of Korea.

I once heard the Korean filmmaker Lee Sang-woo make a remark that shed a lot of light on the expectations of an international “art” filmmaker. He named Titanic as his personal favorite movie and claimed to want to do nothing more than make a silly romantic comedy, yet to that point had a filmography full of grim microbudget features set among Korea’s more desperate classes with names like Father Is a Dog (아버지는 개다) and Mother Is a Whore (엄마는 창녀다). He’d made them, he said, because film festivals go for them; they want to see the “dark side” of the places their movies come from, so he’d obligingly darkened it up every time. (He said it at a Q&A following his latest picture, a high-school story of drugs, prostitution, cancer, and sex addiction.)

Lee Seung-u’s The Private Life of Plants (식물들의 사생활), which opens with its narrator driving around looking for working girls for his disfigured brother who, without regular sexual activity, goes into thrashing, terrifying fits — and this as an alternative to the brother’s former practice of having his mother carry him on her back to the brothels — at first struck me as an example of the same phenomenon. If world cinema has this festival-driven bias toward extravagant misery, might smaller and more “serious” publishers have incentivized the same thing in world literature? But the more I read, the more the novel deviated from my expectations — and the more pleasingly strange it became.

We learn that the narrator, Ki-hyeon, feels responsible for the loss of his brother Woo-hyeon’s legs. It happened due to an explosion during a military training exercise, and he got sent off to the military as a punishment for have taken the wrong pictures during his brief time as an avid photographer. “I remember the days when my brother was always on the streets with his camera,” remembers Ki-hyeon. “It was a time when Seoul often teemed with demonstrators and the air was filled with tear gas. His eyes watering and nose running, he devotedly clicked his shutter. He took photos of the police throwing tear gas bombs and wielding their clubs wile charging against protesters. He snapped shots of protesters throwing firebombs against the police shields, and photos of grimacing passerby, running for safety to avoid exploding tear gas bombs.” This could only have been the mid-1980s, when clashes in the street between between the people and the government, one side usually represented by college students and the other by equally youthful troops of riot police, gained both frequency and intensity. These and other disturbances would ultimately force South Korea into a kind of democracy, but not without serious loss of life and abuse of power. Lee dramatizes the heavy hand of the state in the fate of Woo-hyeon, arrested and forcefully enlisted after a police raid of the family home discovers what he’d been photographing. Their authorities had got their tipoff, it seems, from an unfinished roll of film left in Woo-hyeon’s Nikon after Ki-hyeon, effectively kicked out of the house and feeling vengeful, sold it to a camera shop for pocket money.

“I learned the truths of our times through your photos,” says an apologetic Ki-hyeon to the legless, vocationless Woo-hyeon years later. “I didn’t read newspapers; I didn’t need to, because nothing was more honest than your photos. I saw the raw truth in them. Through your photos I learned of the sadness and despair of our reality and I saw its anger and tears.” But Woo-hyeon has long since left photography behind, along with almost everything else but the fits, the prostitutes, and the occasional haunting, dissociative monologue about trees. He seems not even to think any longer of Soon-mee, his girlfriend from before the arrest and the wedge driven between the two brothers that, in a way, motivated Ki-hyeon to steal the camera in the first place: since he couldn’t have the girl on whom he’d developed a romantic fixation, he’d take the object of his brother’s intellectual fixation.

Having moved back into the family house, Ki-hyeon, whose ne’er-do-well ways had never benefited from comparison to those of the formerly serious, high-achieving Woo-hyeon, finds the motivation to start his own business, a one-man errand-running agency called Bees and Ants (“a name I greatly admired”). No sooner has he installed a phone line and bought a few ads than a client rings him up hiring to tail his own mother. Unable to resist taking the lucrative case, in this way finds out about her facilitation of his brother’s brothel habit. “I felt nauseous,” he says. “No mother should do something like that! My inner rage was so strong that I felt my heart would explode.”

By Ki-hyeon’s standard, that doesn’t count as great emotional hyperbole. Time and again he tells us of situations where “unable to control my anger, I began to shout at him,” or where “despite all logic I was helplessly consumed by a raging envy,” or where “my strange passion gripped me tightly and inflated by self-confidence to a dangerous degree.” But readers of Korean literature might expect such heightened passions and characters consumed by them, especially when those characters describe those passions as leading them inexorably into regrettable acts of violence, crime, sex, or some combination thereof — micro-tramas ultimately caused, to some degree, by the macro-traumas of Korean history. But some of the characters in The Private Life of Plants find a refuge from this inner turmoil, down near a seaside town on the other side of the country from Seoul. When his mother seems suddenly to decide she needs to go town there, Ki-hyeon follows her, eventually witnessing a meeting between her and a frail old man, not long for this world, who turns out to have been her lover of thirty-five years before. It happens under an enormous palm tree (in and of itself a bizarre enough sight to Ki-hyeon, who’s never left his homeland), planted by the couple back when she was just a young waitress, and he  a high-powered official who frequented her restaurant.

Just as Woo-hyeon and Soon-mee wound up a kind of casualty of South Korea’s troubled political climate, so did Ki-hyeon’s mother and this man. Fingered by a colleague as a North Korea sympathizer, he had to go into a sudden but prolonged period of political exile. The accuser himself, overwhelmed by the guilt of decades, arranges this long-separated couple’s reunion: “He repeated, over and over again, that he was the one to blame. He also said how he was ashamed of still being alive and not getting what he really deserved — death. But at the same time he didn’t resist giving an excuse for his conduct. ‘But as you know,’ he said, ‘we all had a hard time back then.’”

As often in Korean literature, hard times then beget hard times now, but by the end of this short novel, the characters find themselves heading toward a kind of broken redemption. Nothing has fully absolved Ki-hyeon of his guilt; nothing has extinguished the candle his mother holds for the man who came before his devoted but taciturn and botany-obsessed father; nothing has brought back Woo-hyeon’s legs. And though the clouds of tear gas in Seoul and elsewhere have long since dissipated, nothing has cleared up the ambient distrust between the powerful and everyone else.

Having tracked down Soon-mee with the skills that serve him so well at Bees and Ants and put her up in the empty house beside the palm tree, Ki-hyeon prepares to deliver his brother there, to the spot just outside reality that provided a temporary paradise to his mother and her lover those thirty-five years ago. Whether it will offer such a state of being to Soon-mee and Woo-hyeon as well Lee leaves open. “I loved Soon-mee the way that my father loved my mother,” concludes Ki-hyeon. “But she loved my brother, just as my mother loved another man. But just as it can’t be said that Mother doesn’t love Father, it also can’t be said that Soon-mee doesn’t love me.” And while it can’t be said that they’ve all arrived on the bright side, exactly, nor can it be said that they remain on the dark one. 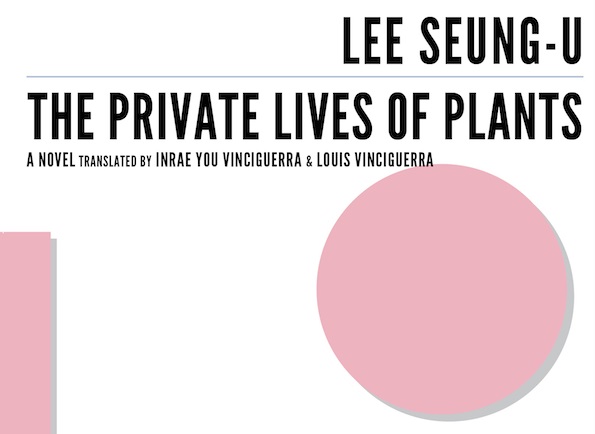