Two weeks ago, this chapter began on the Korea Blog with the conclusion of the Korean War, focusing on the moment of separation and its aftermath. This half focuses more on what one might call “second generation” separation literature, the writing that attempts to look at the separation from a generational remove, not examining national separation directly but the notion of separation in more personal and social settings. A good example of late-era separation literature, Kim Won-Il’s Evening Glow, tells the story of a businessman named Kim Kapsu returning to his countryside home for a funeral. There he reconnects with and re-assesses the complicated strands of his previous life, one lived in the turbulent period of Korean Civil War.

In the beginning, this son of a butcher (itself a problematic social status) returns to his hometown and remembers the events of the past. Half the story is told from his vantage point as a sickly and clever child, and the other half from his adult perspective as a successful businessman. In flashback we see his father, the butcher, becoming a strong North Korean partisan and leading a local, brutal, and doomed, rebellion against the post-war status in his village. Though a cruel and capricious character, the butcher has his own history and reasons for the path he chooses. As much as possible, Kim Won-il presents literal butchery in a sympathetic and comprehensible way. The ending of Evening Glow,  a remarkably lyrical passage, directly responds to a much less lyrical passage which, discussing similar themes, has been presented earlier.

A similar story, though one that deals with the physical halving of the country and the overpowering desire for re-union, is Yi Mun-yol’s An Appointment with My Brother, a political debate wrapped in the garb of a short novel, yet one that manages to avoid being heavily didactic. Yi personalizes his protagonists so well that, even as they argue what is essentially predictive political theory, both the story and the argument come across as lively and important.

The plot describes a family tangle created by separation. The meeting between two orphaned and separated brothers, each symbolizing one half of the divided country, is an old trope in Korean modern literature, continued more recently by movie blockbusters like 2004’s TaeGukGi: The Brotherhood of War (2004). The narrator meets with his stepbrother, a child from their father’s second marriage. The father’s second marriage occurred after he defected from South Korea to North. This plot is reminiscent of Yi’s own economically and politically complicated life, and his own defector father. In the story, meeting takes place in China and happens between stepbrothers, only because their father, whom the narrator had initially hoped to meet, has died.

Presaged by political discussions between the narrator and, successively, a businessman and a professor, the two brothers’ conversation turns nationalistic, with each brother retreating to the platitudes of his homeland. This leads to some fairly crackling interactions, including an amusing passage in which the North Korean brother attacks the South Korean brother, in near-jealous terms, over the latter nation’s lack of morality: “I heard that the traitorous plutocrats have millions of square meters of land, and that all the scenic places are taken up by their deluxe villas where they cavort with young whores.”

The brothers struggle to find common ground, and in a very “Korean” scene, their differences are bridged by soju. Eventually the brothers perform a joint memorial service for their father. Nationalist sentiments never quite stops intruding, and in one amusing scene the brothers argue over the meaning of their offerings to their father, but in the end unity is restored and a sort of agreement seems to be reached: the Northern brother accepts a gift of cash from the Southern one.

And yet, even in this traumatic time, Korean authors continued the tradition of writing naturalistic stories with rural backgrounds. Perhaps the finest example of this (and the most famous one) is Hwang Sun-won’s The Cloudburst or Sonagi (1952). Hwang was a writer of astounding range and profligacy (His collection Lost Souls is an excellent starting point in the exploration of his work), but The Cloudburst is his most popular work — and, in fact, part of the required curriculum in Korean schools. The story of two children who fall into puppy-love, and also of the times and circumstances in which they live, it plays out in fields, on hills, and by a river, where this young boy and young girl of slightly different social classes meet over several days and, in a key scene, have to take cover in a haystack as the titular sonagi (a sudden rainstorm) overtakes them. Hwang traces the tenuous path of their friendship, ending in a way only readers familiar with Korean fiction will expect — representing the idea of separation, of course, all the while.

Religion also continued to be a theme of interest. Published in 1957, Flowers of Fire (also known as Spark of Fire) by Sonu Hwi tells a multi-generational family story  stretching from 1919 to 1950. Its characters cover the entire spectrum of Korean religious belief including Shamanism, Buddhism, Taoism, and Christianity. It features a premodern grandfather who believes in geomancy and fixed fate, a Catholic father who spiritedly rebels against the Japanese, and a son, Ko Hyon, who, not sure he believes in anything, does like Voltaire’s Candide, quite literally tending his own garden. As the characters are buffeted from one exigency to another, Hyon initially chooses avoidance as a strategy but is eventually moved to decisive action which puts him the path his father had traced before him. By the end, he seems to have accepted what might be called an ecstatic theological version of Catholic liberation. Based on personal understandings of ecstasy and liberation, readers might find different ecstatic theologies in the conclusion, but that is also part of the book’s charm.

Kim Tong-ni’s The Cross of Shaphan, the story of a common thief crucified next to Jesus, followed closely in 1958. Shaphan, like Ko Hyon, does not accept Jesus, preferring a lack of faith to the easy answers faith might entail. Shaphan resolutely focuses on the present, even when it is horrible, whereas Jesus is portrayed as a figure of God and the afterlife. Shaphan stands as a counterpoint to Jesus and Western, Bible-based tradition, refusing to live a life of religious submission. In the book’s preface (referred to but not present in the translation) Kim attempts to find a connection between various religious beliefs and “make it clear that there is a connection between Jesus’ miracle-working, Hadad’s astrological prescience, and the theme of Shamanism.”

For the second half of modern Korean literature, the Civil War and splitting of the nation was the key — and the overwhelming political, psychological, historical, and economic reality. The idea of pundhan munhak, or “separation literature,” never really goes away, manifesting in literature of one kind of separation or another (from kisaeng and lover, to a nation nearly split from its language and culture). However, while all the themes and topics of this era continued to be worked out, other events were also taking place that had substantial impact on Korean literature. Perhaps the greatest of these was the combined economic and political impact of the “Miracle on the Han,” the subject of the next chapter.

Where is Korean Translated Literature?

Why Does Korean Literature Use an Alphabet?

Heroes, Fantasies, and Families: What Went Into the First Korean Novels?

Enlightenment Fiction and the Birth of the “Modern” Korean Novel

Literature Under the Japanese Occupation 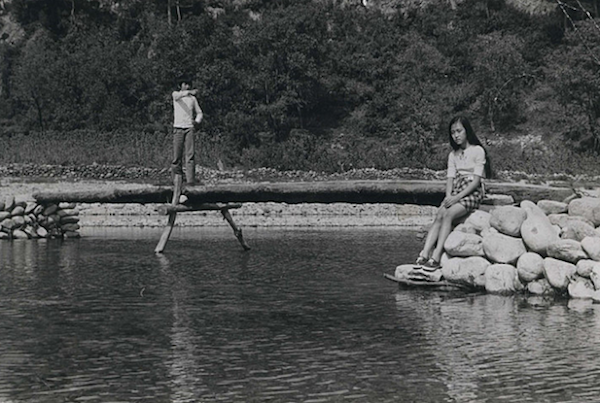