Korean winters start out pleasant enough, waiting until the new year to bite. This I’ve heard from longtime Korea residents who’ve experienced many more Christmases here than I have — which is to say, any Christmases here at all. So despite the growing cold and occasional snow flurries, I won’t expect a white Christmas in Seoul, but since Los Angeles long ago trained me not to even conceive of that as a possibility, I can’t count it as a disappointment. Even in non-weather respects, I’ve looked forward to experiencing just what form Christmas takes in Korea, and the run-up hasn’t disappointed.

Some Western visitors to Seoul come away thinking of Korean society as crassly commercial and consumeristic, a damningly alliterative impression that I can’t easily argue away. America, of course, gets similarly criticized, but there we try to deflect it by pretending to yearn for some sort of vaguely imagined, possibly even unwanted non-commercial holiday ideal. But Korea isn’t fronting; people here directly acknowledge the role of commerce in their lives all year round, and in so doing, I would submit, acknowledge how much potential it really has to add interest to their lives.

Take Christmas decorations, with which Seoul really does it up — or, rather, with which the businesses of Seoul, from humble Chinese-made merchandise stands to pubs with their liquor bottles repurposed into tree ornaments to grand department stores, really do it up. It might comes as a surprise to an American that Seoul still has grand department stores, with concierge desks and escalators taking you from high-end foods to cosmetics to apparel to housewares to restaurants and seasonal enthusiasm and everything, the likes of which we think of enclosed suburban malls and big-box stores as having long since crushed in the United States. 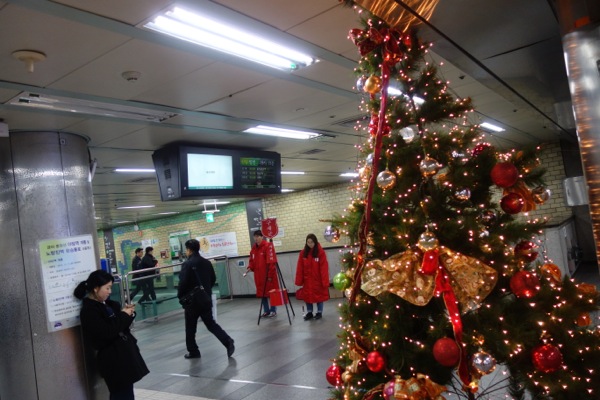 In this and other respects, for better and for worse, Korea brings to mind midcentury America, or at least a certain impression I have of midcentury America. I’ve heard a few different middle-aged American friends living here, people with actual living memories of midcentury America, observe that Korea “hasn’t reached the 1960s yet,” although when they say the 1960s, they of course mean the era that began around 1966 or 1967, burned out in the early to mid-70s, and either did or did not change everything. They mean the time after A Charlie Brown Christmas, the beloved television special that celebrated the 50th anniversary of its first broadcast this year.

I listen to A Charlie Brown Christmas‘ immortal soundtrack by the Vince Guaraldi Trio every year, but only re-watched the show itself for the first time since childhood just the other day. I did it partly in anticipation of the new computer-generated Peanuts movie (here just called Snoopy, or rather, 스누피), but partly because christmastime in Seoul put me in the mind of the America in which it debuted. Even then, as we all know, the crudely animated Charlie Brown bemoaned, in an unusually articulate but genuine child’s voice, the increasing commercialization of Christmas. The story embodies this disapproved-of phenomenon in the form of the aluminum Christmas tree, an item popular in the late 1950s and early 60s, and one for which a market might well remain in Korea, given the way everyone seems to go in for the artificial tannenbaum here.

A Charlie Brown Christmas‘s proffered antidote — which still startles and even haunts, no matter how many times you’ve watched it — comes spoken by the security blanket-toting Linus, who takes the stage, orders the lights dimmed, and recites by heart Bible verses on the birth of Jesus. That, too, seems somehow suitable in Korea, a country whose Christianity doesn’t let you ignore it. A friend of mine here, despite having “grown up in church” in America’s south, still remembers the impression made on him when he first arrived in Seoul by night, all the better to see the city’s many bright red neon rooftop crosses illuminated against the skyline. 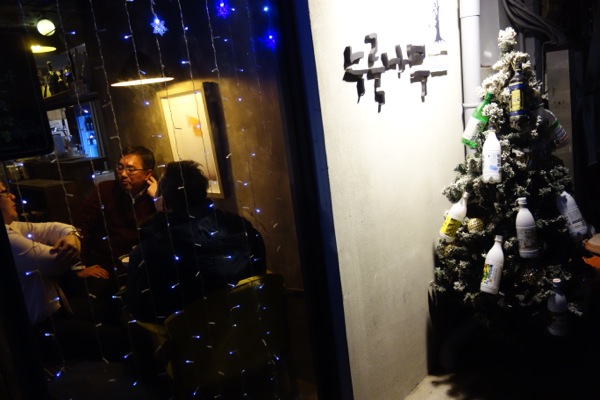 Just how Christian is Korea? Both surprisingly so and surprisingly not so. I find that Americans who’ve never been here often have the impression that Korea’s religiosity goes so wide and deep as to border on making the place some sort of theocracy, an extrapolation they’ve made from the highly Christian Korean community in America — or, in any case, the highly visible Christian Korean community in America, what with its churches dispersed all over the country that provide helpful starting points for the new immigrant, devout or otherwise.

In South Korea itself, Christians make up between 25 and 30 percent of the population, not a terribly huge number outside the context of northeast Asia. But compared to China and Japan, Korea really is quite Christian indeed, and the only one of the three to recognize Christmas as a national holiday. Still, many people in the one-percent-Christian Japan, not a conventionally religious society but one that has shown great avidity for foreign icons and practices, look forward to Christmas. They look forward not least to the big Christmas fried chicken meal they eat with what has become a near-religious regularity since a savvy Japanese Kentucky Fried Chicken marketing executive first sold it to his countrymen as an “American tradition” in 1974.

Japan, we might say, sees Christmas as a primarily American holiday, and thus an opportunity to celebrate things they consider quintessentially American — things such as the Colonel’s secret recipe. But so, in its way, does Korea: this most fried chicken-loving of all societies hardly needs another occasion on which to go to KFC, but the American associations of Christmas take other forms here. Some Korea-watchers have, convincingly, framed the country’s adoption of Christianity in line with its adoption of capitalism and, in the fullness of time, democracy: the trifecta, in other words, that would lift into prosperity. After all, didn’t it work for America? 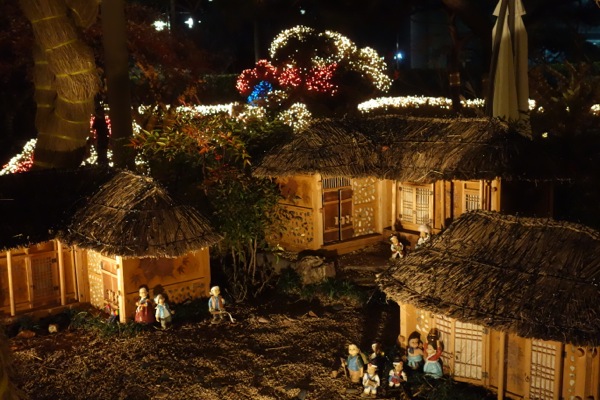 The perception of faith as a means to satisfaction on Earth has a good deal of traction here in Korea, as it does in America, but I wouldn’t call it a settled issue. The controversy over it appears with some regularity as a theme in books and films, none of which have handled it more deftly, to my mind, than Lee Chang-dong’s picture Secret Sunshine (밀양), the story of a widow whom moves to the small town of the title, endures another sudden tragedy, and finds herself both drawn in and repulsed by the local Christian church. In scoring the rare victory of discomfiting both adherents and critics alike, it merits a spot, despite not being a “Christmas movie,” in the holiday viewing canon.

It certainly makes for a change of mood from many of the other high-profile trappings of the season in Korea, which tend to push Christmas as a kind of romantic couple’s holiday in the style of Valentine’s Day. Given the name, it won’t surprise you to learn that A Twosome Place, one of the country’s most popular chain coffee shops, goes especially full-bore with its Christmasization, bringing out all possible thematically appropriate decorations, desserts, special beverages, slogans (this year, “Twosome Twinkling Night”) and promotions, one of which includes a free Christmas gift if you collect enough stamps on your loyalty card during the holidays. My girlfriend has taken it as a mission to earn this gift, and so we’ve spent a lot of time lately at our local Twosome Place, drinking our way (as a couple!) toward the planner or the tumbler or whatever our reward turns out to be.

This project has entailed many hours of exposure to the music piping out their speakers, which underscores the popular Korean conception of Christmas as a — or maybe the — time for lovers as well as the bias here toward the recent and the poppy. Thus eschewing the “Silent Night”s and the “Little Drummer Boy”s of the world, it opts instead for Wham’s “Last Christmas” and Mariah Carey’s “All I Want for Christmas Is You” — near-exclusively, over and over, down a seemingly bottomless succession of cover versions in both languages. And so, as in much of the rest of the world, Christmastime in Seoul becomes, in certain respects, something of an endurance test. If you need me, I’ll be listening to Vince Guaraldi until Christmas. 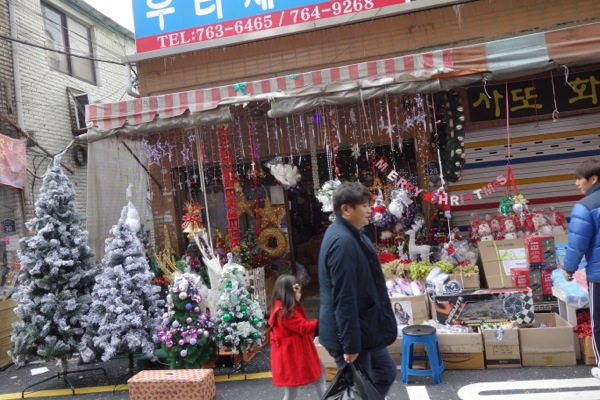