All of Wrigleyville, from the bars to the bleachers and beyond, was on its feet for Aroldis Chapman’s final three pitches of last night’s game: consecutive 101-m.p.h. heaters to the Indians’ José Ramírez, who managed a foul and a foul tip before striking out, preserving the Cubs’ season and sending the fall classic back to Cleveland. The 3-2 victory brings the series ledger to 3-2, still in the Indians’ favor.

Jon Lester satisfied his 155-million-dollar contract by providing the Cubs with the start they needed. He made his intentions clear from the first inning, when he K-ed the side in order and stalked off the mound with a face like set cement. Lester continued unfazed but for one-run Cleveland efforts in the second and sixth. Chalk the first one up to Ramírez, who launched a 0-1 fastball deep into the left-field seats, cutting through an unfriendly wind and supplying his club with an early lead. As he rounded the bases, white arm-sleeve flashing at his side, neon-green-grip-taped lumber staining the Wrigley grass, the stadium sputtered and hushed, appearing to forget Lester’s incredible first frame. Perhaps fans remembered that Indians’ pitchers have produced a record five shutouts this postseason — two so far against the Cubs.

It didn’t help Bill Murray’s nerves that Lester’s counterpart, Trevor Bauer, he of drone-injured-finger fame, muzzled the Cub’s offense until the fourth. Bauer threw three clean and bloodless innings, running his fastball across the zone and missing bats with a hard humpbacked curve. He struck out five of the first ten he faced. Then Kris Bryant plopped a homer of his own into the basket atop the left-field fence. Anthony Rizzo followed with an arcing drive into the ivy in right, just missing another round-tripper, and hustling into second for a double. “Bryzzo” had done it! Life leapt back into the home crowd, which — according to broadcasters — literally shook the stadium in excitement. Back-to-back Cubs’ singles followed (scoring Rizzo) and a Javier Báez bunt loaded the bases for David Ross, who floated a sac fly to give the Cubs’ their final run of the half. Chicago had scored twice in the previous 25 innings; they wouldn’t score again (or need to).

Over in the Indians’ dugout, manager Terry Francona chewed ravenously. Cheeks already bulging, he unwrapped Double Bubble by the handful and tossed his wrappers into a growing pile of chew, masticated gum, and crunched seeds. His jaws reflected the suspense as he watched Rajai Davis single in the top of the sixth and take advantage of Lester by stealing second base. A single from Francisco Lindor brought home Davis to make the game 3-2. Two pitches later, Lindor also attempted to steal, but was caught by the quick paws of David Ross, the 39-year-old catcher affectionately known as “Grandpa Rossy.” Ross, set to retire at the end of the season, fired just wide to Báez at second, who executed a brilliant sliding tag, reaching sideways to receive the throw and nab Lindor in the ribs.

The Indians threatened once again in the seventh after Mike Napoli reached base with none out, prompting Cub’s manager Joe Maddon to call early on his closer (as has been the trend this postseason). Chapman slung his final bullpen pitch, guzzled a bottle of water, took the bump, and dismissed the potential rally with a slew of left-handed comets. On a cold night that had Jason Kipnis warming his bat at the heater beneath the visitor’s bench, Chapman’s fastball was hot as ever. Francona copied Maddon’s strategy in the home half and brought in Cody Allen to keep the game tight. The closers traded zeros for the rest of the matchup, earning Chapman the eight-out save (a career-high for the tall fireballer). Francona’s World Series record fell to 11-2 with the loss.

By far the most touching moment of the contest came during the seventh-inning stretch. Ross had departed for pinch hitter Miguel Montero, meaning Grandpa Rossy, who only catches Lester, had likely played the final defensive inning of his career. Musician Eddie Vedder, tasked with leading the crowd in “Take Me Out to the Ball Game,” resolved to make good use of his opportunity. Leaning beyond the broadcast booth with royal blue atop his head, Vedder lifted the mic and let his voice rumble over the audience: “I know we wanna thank Theo and Tom and Joe and the team for bringing the World Series to Wrigley Field, 2016!” Fans clapped and hooted in approval. “And there’s one guy in particular I wanna sing my ass for and he’s number three, he’s behind the plate, he may retire, but he’ll never quit: Mr. David Ross, I’d like to belt this one out for you!” The ballpark erupted and commenced singing — a beautiful and fitting tribute for the man who just cut down a would-be base-stealer, who drove in the game’s deciding run, and whose season-long mentorship of this young Cubs’ club has earned him comparisons to a second manager, and a father.

What a game, what a series! Each inning has the Cubbies clinging to championship hopes, seeking to end their 108-year drought, while the Indians — once underdogs in this battle of underdogs — scratch for a lead to furnish their bullpen. On Tuesday the Cubs will go with Jake Arrieta, last year’s burly and bearded Cy Young winner, who no-hit the Indians into the sixth of Game 2. The Cub’s will also return the dangerous Kyle Schwarber to their lineup as DH. Looming behind it all is Corey Kluber, the Indian’s ace who will pitch on short rest should the series swing to Game 7. Happy viewing. 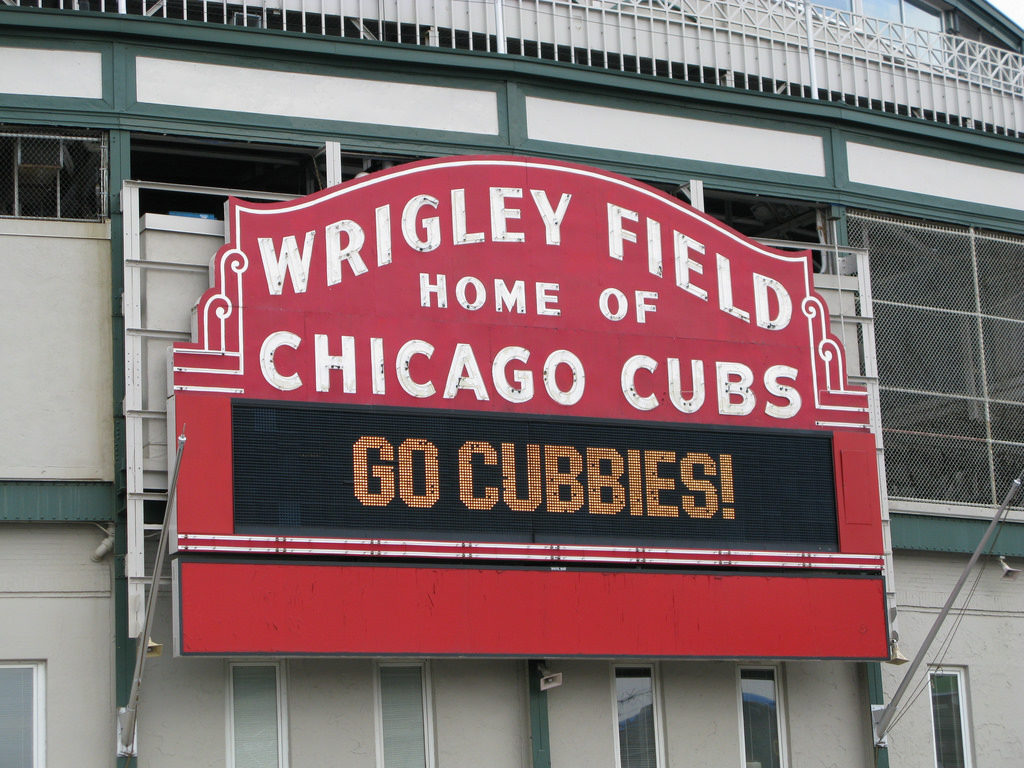 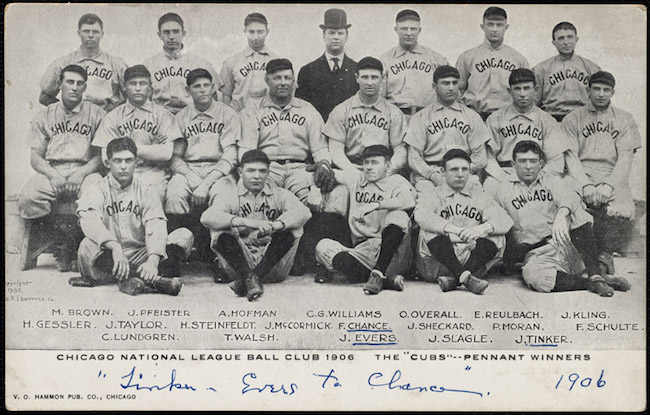