In the introduction to Angela Carter’s Book of Fairy Tales, edited by the author herself, she writes: “For most of human history, ‘literature,’both fiction and poetry, has been narrated, not written — heard, not read. So fairy tales, folk tales, stories from the oral tradition, are all of them the most vital connection we have with the imaginations of the ordinary men and women whose labor created our world.”

Zoe Gilbert’s debut novel Folk emerges directly out of this folkloric tradition, with an imaginary quality reminiscent of Carter’s magical realism. Winning the Costa Short Story Prize in 2014, one of the UK’s most revered literary achievements, Gilbert spoke of Carter’s influence on her writing: “I think my love of Angela Carter, and her twisted re-tellings, kindled my adult interest in folk tales and the more-Grimm-less-Disney fairy tales.” True to her word, her debut novel Folk does not follow the Disney-esque logic of happily ever after, but is preoccupied by the more shadowy sides of human experience. With an intuition about existence that feels both radical and real, Gilbert is quietly emerging as a contemporary response to Angela Carter’s literary legacy.

Folk takes place on a fictional island in the village of Neverness, a wild, remote landscape of gorse, rocky shores, and thick woods. Structured as a novel, though made up of separate short stories that reference one another, Folk details the interconnected lives of those who live on this mystical landmass. Given its episodic structure, the book suffers occasionally from what feels like arbitrary fillers, short asides that distract from the larger narrative. But its triumph lies in Gilbert’s incandescent prose, that charms and stuns in equal measure. Like a sage storyteller recounting age-old myths around a fire, we are firmly in the palm of Gilbert, enraptured by the flames of her campfire song.

We enter Neverness as a tourist, an outsider stumbling to understand some kind of indigenous ceremony. Gilbert begins: “Listen, for the beat that runs through the gorse maze. It is an early twilight, the opening between last sun and first star, the door of the day closing until, soon, night will seal it shut. There are feet thudding in the gorse’s winding tunnels, hearts thumping in time. Above them the breath of boys hisses. Puffs of their steam are lost in spiny roofs.” We soon learn the “thudding” is the sound of the boys’ eager strides, desperate to recover the arrows the girls have fired, with their names stitched onto the ribbons attached. Whoever recovers the arrow will get to kiss its owner. A scene steeped in folkloric symbolism, it is a perfect introduction to the traditions of this primal culture, and as we observe the event with panoramic access, we move from tourist to insider, initiated into the peculiar practices of this alluring land.

Here, the elements reign and the citizens of Neverness are subject not to the rule of law, but to nature’s unrelenting fist. We learn the gorse “has twisted her maze so cruelly that not one boy has been able to learn it,” trees enigmatically “drip here and there,” whilst a “strong wind can send a man’s mind sailing out of his head,” a line that could easily have been written by Nikolai Gogol, a founding father of the fantastical genre. Elsewhere, “Blackbird melodies slow and echo inside his throat” as the line between man and nature melts away, leaving only experience, sense, feeling. At times, the island’s effects can be fatal, as we hear the story of Oline who drowned in the river and whose bones were resurrected by her niece to construct a fiddle. What nature destroys it also returns.

The book’s most human moments are sung through the melodies of the supernatural. One character, Verlyn Webbe, was born with a wing in place of an arm, something we learn he did not cover up as a boy. “He went along with the games in the schoolyard. Whether he played the angry dragon or the timid swan, it always ended in a crowd of children […] squealing and scattering away from the touch of feathers.” In perhaps the most touching portraits of the novel, Gilbert portrays Verlyn as a character defined by his difference, a difference that was treated as something to fear rather than something to love. Even when the quest of supernatural fiction is to construct a world far away from our own, that built universe inevitably reflects back on our own reality, and reveals it in a new, transformative light. Nowhere is this more apparent than in the story of Verlyn and his wing, which illustrates, with chilling candor, how we might misunderstand difference.

As Gilbert masterfully weaves her characters in and out of each chapter, we slowly build a veritable intimacy with the various inhabitants of the island. This allows for a richer bond with each individual, as if Gilbert is gradually filling in her sketches with more color, shading, and nuance. We meet Madden Lightfoot as the darling of the arrow competition, but her initial and somewhat superficial depiction is subverted by a more nuanced portrayal later on. Madden sleepwalks and her peculiar nighttime adventures inadvertently bring terror and devastation to those around her. With her interwoven stories in which characters pop in and out, examined in some places and not in others, Gilbert deftly highlights that we all have hidden stories lurking in the invisible folds of our being. There is always more than meets the eye.

Gilbert’s prose meets the magic of Neverness whilst resisting hyperbole. Her words move with a dreamlike quality, and don’t just describe the supernatural, but form the crucial link between reality and fantasy. She conjures up a world where “moonlight pours” and “rain prickles” and black rock “runs down the shoreline like a charred spine.” Here the earth is alive, the the elements are personified with effortless grace. Meanwhile the beat we were alerted to in the very first line drums achingly in the background of the novel. A proliferation of active verbs lend Gilbert’s prose a percussive feel, as the world around us wriggles, hums, busies, ambles.

As the novel draws to a close, time’s inevitable passing comes into the foreground. Caught in the dreamlike landscapes of Neverness, time falls away during the novel, and returns with a startling lucidity, signaling things have moved on, things have to end. The final chapter begins identically as the first, with the reader being instructed to listen “for the beat that runs through the gorse maze.” Though we are also being told to listen to time’s imperceptible passing, to listen to the silent beat of change. Change is signaled here in the form of circularity, in the return of the chasing of the arrows, and those that “remember Crab Skerry, the boy lost in the burning.” But change is also signaled through transformation: “Hark Oxley […] is a grown man now, in middle age, his face weather-creased, his hands roughened by stone.” Once again, the elements come through as the driving force of change, like an oligarchy of omnipotent gods reigning over the ordinary townsfolk.

Before Gilbert’s dreamlike novel ends, she leaves us with one thought to ponder, as Hark and the shepherd Murnon are discussing kites. In many ways, Folk perfectly mimics the symbology of a kite; something that exists in a stratosphere we cannot access though firmly connected to the ground — a harmonic counterpoint between the terrestrial and the heavenly. Murnon then adds: “A dream’s as real as life, for the dreamer. What’s the difference?” From far away the book is indeed dreamlike, imaginary, a melting pot of enchanted landscapes, mythical creatures and folkloric practices. But step inside, and you can’t help but become the dreamer, where everything feels as real as the touch of rain on one’s face or the harsh prickle of gorse on one’s flesh. 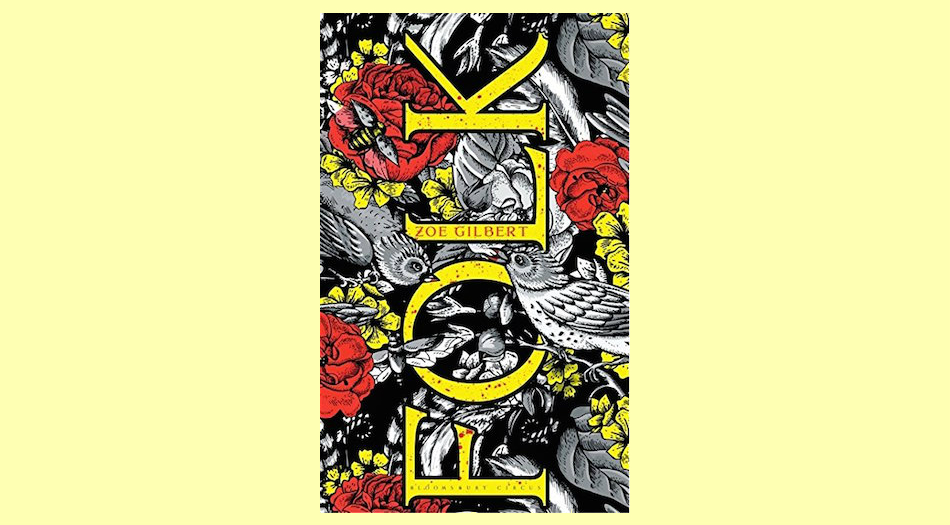