For a woman who writes essays — claiming myself an “essayist” atop resumes and Facebook profiles — an understanding of the word escapes me (and with no small degree of frustration). The form is elusive at best and I’ve spent years trying to cobble together a resonant and useful definition. Is it:

A piece of writing about a particular subject?
Prose that contradicts itself?
Thinking on the page?
Words that discover and embrace confusion?
The birth of an idea?

Or, perhaps, can an essay be boiled down to the definition of the word itself: an attempt?

For years, I have looked to published essayists to find, if not answers, then at least exemplars (all the while begging for forgiveness from my Socratic idols for forsaking transparence of the thing in itself). But in reading Zadie Smith’s Feel Free I found not just an example of the essay at the peak of the form’s potential, but a deep understanding of the essay at its core.

Feel Free is arranged in five parts: “In the World,” “In the Audience,” “In the Gallery,” “On the Bookshelf,” and “Feel Free,” and without even reading a word, the order of the segmentation illuminates Smith’s overarching thematic intention — to write her way to a feeling of freedom. It is a trick-of-the-trade employed by one of the genre’s preeminent practitioners, Thoreau, in his book, Walden, in which the arrangement of the chapters is a necessary progression likewise crucial to the book’s intended transcendent journey. Smith though is of a decidedly different era than Thoreau and so, as a modern practitioner of the form, her version of transcendence is less concerned with spirituality as it is with agnostic notions of citizenship. Citizenship is most overtly explored in the first section, “In the World,” as Smith explores political circumstances on a personal level. The middle three sections are increasingly intimate (and require an increasing level of absorption from Smith as viewer (as so for us as reader)), and are a meditative progression on pop culture, art, and, finally, reading. It isn’t until the last section, “Feel Free,” when Smith allows herself to explore life on its own terms and always in the first person. Here, finally, she examines her inner world with an irreverent tone that is to be taken as the tone of freedom itself. The achievement of her freedom, which is the privilege of her citizenship, has been earned through the hard work performed in the previous essays, and so the structure itself becomes a comment on the duty required of an artist to enjoy artistic freedoms.

Each essay is a microcosm of the book’s larger structure, endeavoring to unsettle a question or event that seemed to nag at Smith, whether overtly or subconsciously. And, as one would expect of a great writer, this practice is found in even smaller increments of Smith’s writing, in her paragraphs and in her sentences, too. For example, in “Elegy for a Country’s Seasons,” she writes, in an extraordinary introductory paragraph:

There is the scientific and ideological language for what is happening to the weather, but there are hardly any intimate words. Is that surprising? People in mourning tend to use euphemisms; likewise the guilty and ashamed. The most melancholy of all the euphemisms: the new normal. It’s the new normal, I think, as a beloved pear tree, half drowned, loses its grip on the earth and falls over. The train line to Cornwall washes away — the new normal. We can’t even say the word “abnormal” to each other out loud: it reminds us of what came before. Better to forget what was once normal, the way season followed season, with a temperate charm only the poets appreciated.

Immediately, Smith tells the reader, in no uncertain terms, what is bothering her — the lack of intimate consideration toward our changing climate. And rather than chaining her essay to languages that have omitted such intimacies, Smith goes for the heart of the emotional negligence at stake — we are “mourning,” she says, why don’t we act like it? But instead of turning the essay into a moral imperative, she allows it to unfold like an elegy — lovingly attending to what was without circumnavigating the pain of loss. Word by careful word, her writing is an act of defamiliarization, a guided release of our habitual way of viewing the world, but without the masculine connotations the word has come to assume, as if it were possible to know a thing without knowing a thing intimately. Instead Smith’s writing is an emotional activity that carries the full gravitas of the intellectual, in fact, weaving the two interior aspects together to achieve a new perspective on familiar problems. Her approach to the essay is thus one of brutal honesty, refusing to deny any aspect of her experience as it spells it out in words.

Having laid her positioning out for the reader, and so allowing the reader to locate her as a unique voice and perspective in the world, Smith has taken the preliminary steps to allow her to embark on three sections of essays spurred by cultural touchstones. Touchstone, because the chosen subjects seek and achieve common ground with the reader, examining a piece of culture that has likely touched them both, and so becomes fodder for building intimate connections and considerations on larger themes.

In her stirring essay from the second section, “Generation Why?” Smith opens with a questioning of what a generation is, as prompted by her experience watching the movie, The Social Network. She offers only a brief discussion of the movie itself, but even so the essay is rooted, always, in her unwavering attention to detail, taking the time to note how each detail made her feel and think. Which is to say the essay is constructed in such a way as to act as a meditation on why the Facebook generation is what it is, and how the generation is changing the world by living, at least partially, online. The heart of the essay is relentlessly empathetic, trying to understand why we have chosen to alter the fabric of living by bringing it online. But Smith looks at the online world so closely as to undermine it altogether, not with an agenda, but as a simple result of interrogation of its substance. She does so my circling back to the protagonist of The Social Network, Mark Zuckerberg, to highlight how arbitrary the architecture of Facebook truly is. “Why is Facebook blue? Because Zuckerberg is color-blind,” and the essay culminates along those lines, turning the movie, which is supposed to be a picture of Zuckerberg, into a commentary of the generation that has allowed his world to define ours: “It is a cruel portrait of us: 500 million sentient people entrapped in the recent, careless thoughts of a Harvard Sophomore.” There is an urgency in her voice, imploring us to think for ourselves, a plea she has earned the right to utter given the thorough work of thinking she is putting forth in these essays.

In the third section of the book, Smith turns her gaze even more inward, as is beautifully portrayed in the essay, “Killing Orson Welles at Midnight.” She opens with a contemplation on busyness, and how hard it is to find the time, a more or less ordinary thought, but rendered in poetic language. The precision of the language itself is what allows the narrative investigation to progress, as she parses the common enough phrase, “I don’t like foreign movies,” [which] might be [more correctly said] “I don’t like to sit at the cinema and feel time pass.”” Without having to walk us through the transition from busy lives to the discomfort of boredom, she accomplishes it, and, just as swiftly, moves on to talk about the 24 hour film, The Clock as a meditation of every passing minute (a rare instance of art as carefully considered as Smith’s essays, this one in particular intentionally parsing out each thought, as if the ticking hand of a clock). As she winds down the piece, she talks about the moment she had to leave the film, far before it was over, in order to return to her busy life. Looking back at the kids in the theater, she turns the essay’s meditation on time into the most intimate of musings on aging and so the passing of life, “They looked liked they had all the time in the world.”

In the final two sections, “On the Bookshelf,” and, “Feel Free,” Smith walks step-by-step into truly absorptive moments (a la Wittgenstein’s thoughts on the purpose of art, and so of freedom). In “The I Who Is Not Me,” Smith talks about her own process of confronting her “impossible identity” in her fiction, and of the natural evolution toward writing (and owning) the first person. In this essay arrives the last moment in which she will consider the reader at all, “How many times can you say “I” and still ask a reader to believe that this is the I-who-is-not-you?” And in asking the question, she seems to take a step beyond that concern, to assume that her freedom requires a trust of (or is it a disregard for) the reader in order to plunge, fully, into herself.

In “Joy,” the book’s final essay, Smith considers only elements of her personal experience in order to mine meaning out of concepts like pleasure, pain, and identity. Here, she allows herself that self-indulgence because, here, she has earned it. Having dedicated 400 pages to writings on the world in which she finds herself, filtering it as honestly and overtly as possible through her own emotional and intellectual lenses, she doesn’t claim freedom, as much as she accomplishes it, discovering it, finally, on her own terms.

So what is an essay? An essay is a way of living distilled into a piece of writing. An essay a heartfelt and never-ending consideration of what we think we know and so a practice of deconstructing prejudice. An essay is an act of friendship with the world, holding its hand as we seek to dismantle both our idea of it and of ourselves. An essay is writing as living, where each moment is born out of a single word that is a perfection of the preceding word. So yes, an essay is, by definition, an attempt, not willy nilly, but so full of integrity and attention that it can accomplish what life itself is striving for. 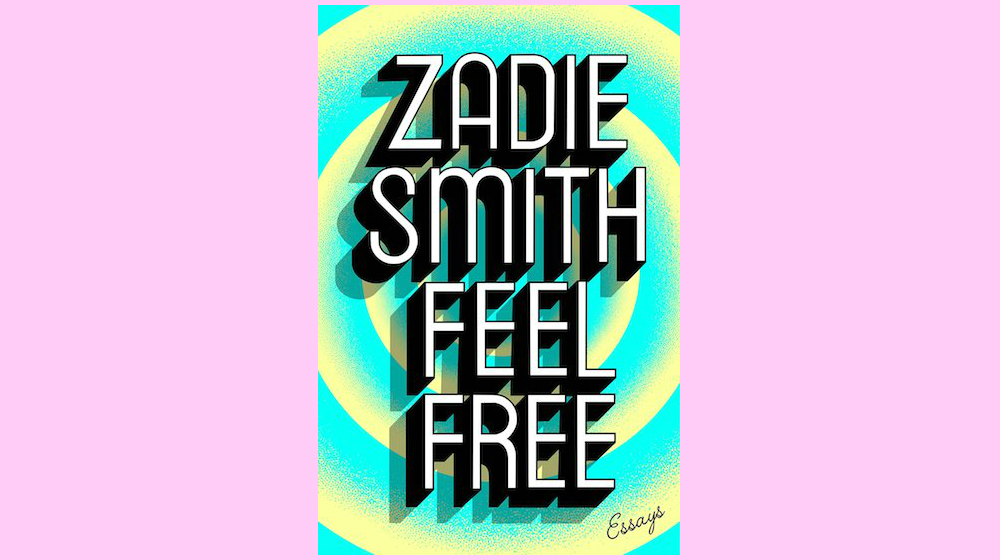