One of the major themes of Macbeth is the corruption of the natural order of things. This is also a central concern in Clifford Garstang’s House of the Ancients and Other Stories, whose ultimate story is set during a performance of Shakespeare’s tragedy. In these stories (some linked, some not), capitalism and American hubris shape every character, rich or poor, male or female, white or non. Garstang fills his pages with excess and overindulgence, violence, murder, and abuse of power and privilege. The stories take place all over the world — Asia, Europe, Mexico, America — but none of these locations provide an environment of stability or respect among humans. Instead they are sites of fear and exploitation of the “other,” whether that means gender, ethnicity, or socioeconomic status.

A recurring element in these stories is the ways in which men mistreat women. Garstang uses his characters to explore everything from psychological control to murder. In the first group of stories, the central character, Nick, dates a model, Alexis, whom he views as something of a cash cow for his advertising agency. He manipulates Alexis to control where they go on vacation, what Alexis eats, and what she wears. Even more disturbing in terms of maltreatment of women are two later characters, both stalkers. In “Adjunct,” Lorenzo, a lawyer in trouble for harassing an intern at his firm, begins teaching, but soon begins to stalk a student from his class. Lorenzo admits that the only reason he likes the law is because of what it can do for him. “He thrives in an Armani suit, feels powerful behind the wheel of his Z-4. That’s the law for him. That’s what matters.” Likewise, human beings are only valuable for what they can provide him. Capitalist culture shapes every aspect of Lorenzo’s being, physical and mental. In a related vein, Gordon, the narrator of “Sophie, Sophia,” works in insurance and is discontent in his sexless marriage. He regrets his lone affair and turns to porn to find release. So far, so mundane. But as the story unfolds, Garstang implies that not much separates this mild-mannered husband from a stalker and murderer. Indeed, as the collection progresses, seemingly ordinary American narrators (all but one male; all but one seemingly white) commit terrible acts.

In “American Marsupial,” two key themes of Garstang’s collection come to the fore and are closely linked: insecure and abusive men, and fear of the outside world. Danny, the central character, is so infantile and insecure that he literally tries to climb into his wife’s womb on a regular basis. He displays a fear of terrorism so irrational it makes his coworkers roll their eyes. Throughout this collection, the characters fear those who are unlike themselves, sometimes expressing that fear through abuse and degradation, other times by experiencing confusion and physical distress. In the titular “House of the Ancients,” while riding the subway Nick sees two boys, whom he assigns names: “Roberto for the older, and Pablo for the little one.” Nick later sees versions of the boys everywhere, as if all members of this other race, culture, and location are the same to him. Whether because of this “vision” or something else, Nick becomes literally sick, emptying his bowels, becoming aware of his own “decay.” Similarly, Oliver, the central character of the second series of stories, travels to different countries displaying the attitude that residents of these places are subservient to Americans, interchangeable with one another. They are beggars, they are poor, they are willing to sell sex for money. In “Papel Picado,” Oliver has an affair with a Mexican woman named Consuelo, but lusts after her brother Miguel, whom he thinks looks just like Consuelo. On top of this twisted love triangle, Oliver also works in some sort of government or economic development capacity in Kazakhstan, where his project is rife with corruption and blackmail. In Garstang’s universe, even the most intimate human relationships are bargaining chips or economic transactions, nothing more.

When the stories take place in America, they display Raymond Carver’s influence in their strange turns, in the ways people treat and mistreat one another. The gloss of prosperity, so brazen in the stories that take place in other countries, is nearly absent, as if to show the other side of first-world wealth: an America that can make no claims of exceptionalism, an America in which most people are mired in poverty and economic immobility. The central characters display deep prejudices and a tendency toward violence against women and other races.

When reading a book like this, relentless in its litany of cultural ills, I wonder why an author would spend so much time crafting stories about characters that few readers are apt to like. Among the most pivotal question’s Garstang’s work raises: What can change people like this? What can change a world like this? Ultimately, Garstang seems to suggest that it is art. It is among art and historic sites in Mexico that Nick becomes grossly sick, and Alexis finds her streak of rebellion. It is in Oslo, looking at the anxiety-filled paintings of Edvard Munch that Oliver becomes ill, and his former girlfriend vents her rage about his past behavior. Garstang does not seem to make a grand claim about the transcendent power of art, but rather to note the ways it can disrupt, the ways it can inspire rebellion, the ways it can make people aware of their own mortality and weakness — or their untapped anger and independence. The collection’s final story, “The Scottish Play,” explicitly addresses the power of performance to disrupt — and the power of those affected by art to cause their own disruptions in return. This final story not only helps to make sense of previous moments in the collection, but also offers hope and humanity — even a small amount — as a possible shift in the direction of the world Garstang has documented. 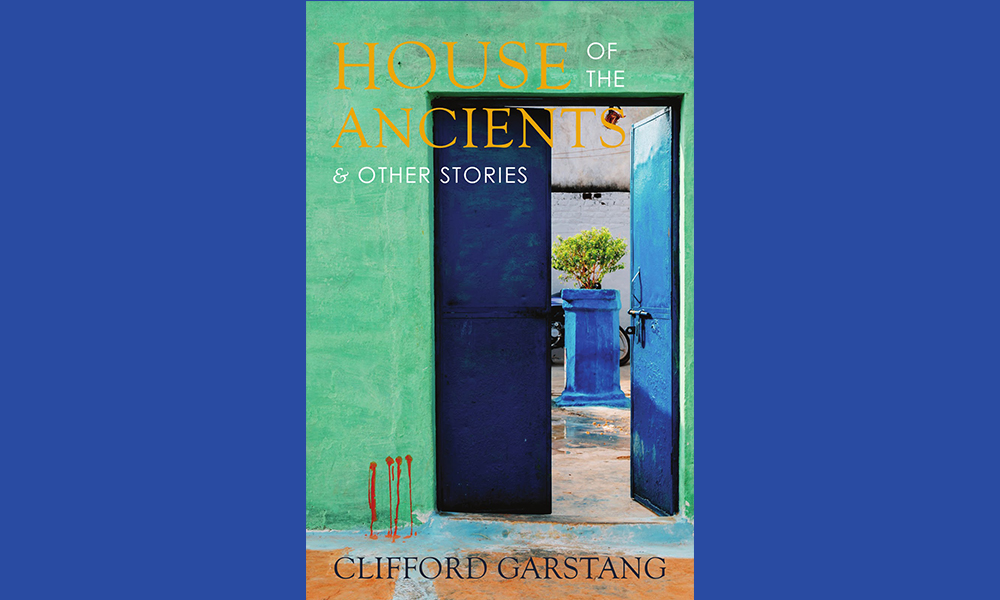