When the television series I Love Dick, adapted from Chris Kraus’s novel of the same name, aired in May, it got a lot of attention for centering on the female experience through a female gaze, as Kraus’s novel did in 1997. The book has remained in circulation for two decades and its staying power is a testament to the philosophical project at its core: a complex portrait of female desire that questions gendered respectability politics, the aesthetics of longing, and a search for meaning. Amazon’s television adaptation fails to emulate the key ways in which Kraus successfully achieves this project and, lauded as Kraus’s novel is, it too often slips into a problematic depiction of the female gaze, one which panders to or services the male one.

One way Kraus successfully represents the female gaze is that she strips down the experience of infatuation and shows how the man is functionally irrelevant to the alchemy of longing. “The loved person can become a holding pattern for all tattered ends of memory, experience and thought you’ve ever had.” Her experience of trying to reconcile her current existential reality is what’s actually at stake. “Loving you had made it possible to admit the failure of my film and marriage.” Her longing for Dick was really a longing to be seen and understood by herself — “What turned me on most in sex was believing that they knew me, that I’d found somebody to understand,” —  or a longing to feel totalized — “To be in love with someone means believing that to be in someone else’s presence is the only means of being, completely, yourself.”

Because her project of the female gaze is a type of meditation and exploration of solipsism via aesthetic longing, the male characters Dick and Sylvere are not explored. They show up in relation to her existential project but remain opaque. The TV show took the plot of the book — married woman falls for other man — and made a very literal interpretation of this dynamic, portraying a worn-out plot of the song and dance of infidelity featuring anger, sadness, and betrayal. But the book does not depict a melodrama between Sylvere and Chris: Sylvere is portrayed as mostly game for this erotic play and his feelings toward the breakdown of their marriage are not really explored in the novel, whereas in the show copious air time is dedicated to his anguish and emotions surrounding his experience.

Similarly, the book’s Dick is a begrudging lover, telling Chris he’s “not uncomfortable with the idea” of having sex with her, and the next morning clarifying his lack of obligation to her: “I don’t owe you anything.” But, under the narrative logic of television, the eventual almost-consummation between Dick and Chris is depicted as a breakdown of resistance into tenderness. This depicts an ideal exchange between two persons and lends an equality to the narrative that only comes from a zoomed out version of depicting “a sexual encounter” between two people. However, the female gaze Kraus depicts in the novel is one that is one dimensional by nature and is either ambiguously in the dark to the intentions of Dick as she is not privy to his interiority or does not desire to report acknowledgement or absorption of the signals he is giving off.

Kraus’s I Love Dick is an exploration of the self, driven by an obsessive interiority and intense search for meaning; the show, partly because of its medium, centers on the dynamics and complexities of marriage, infidelity, and infatuation. In doing so, it loses the firepower of parts of the female experience that Kraus successfully renders. The show’s plot-driven rendering loses the intense focus on Chris’s processing and confusion that the book so lucidly describes.

But Kraus’s female gaze isn’t perfect either, or at least, it doesn’t purely belong to the feminine. The eye she turns inwards, the female gaze she directs towards herself, seems always haunted by a male one. The dismissive way she describes her project as “The Dumb Cunt’s Tale,” and the dismissive way she describes herself — “As an Ugly Girl it didn’t matter much to me” — imbues the reader with the sense that this book, at times, is crying out to a male gaze for absolution.

She wants to expose her shame surrounding desire, but doing so with detachment and self-lacerating irony indicates that she is distilling her experience through a perceived judgmental male gaze. The female gaze and experience of herself is constantly filtered through a critical male one. After she claims she is “not pretty or maternal” she says, “If I can’t make you fall in love with me for who I am, maybe I can interest you with what I understand.”

At times, this book feels vaguely apologetic instead of raw. After all the exegesis, it seems to be awaiting a final male judgment. This tension to revert the male gaze while trapped in it is intriguing and goes unresolved, which is perhaps its own message. Perhaps an apologetic crouch is the true stance of the female gaze in the end; perhaps the show offers more interiority to the men so as to absolve them of their guilt and apologize for their behavior as women are required to do for them.

Regardless, if we want to believe, as Eileen Myles posits in the forward, that Kraus has “turned female abjection inside out and aimed it at a man,” more reflexiveness is required on the texture of the female gaze that Kraus enacts. As a supposed feminist reversal of abjection, the tongue-in-cheek self-deprecation of her femaleness laced throughout undermines Kraus’s venture.

“That’s the real subject of his films: an ugly man who was wanting, looking to be loved. The subtext rested in between us like the sushi. Because of course I was ugly too.” 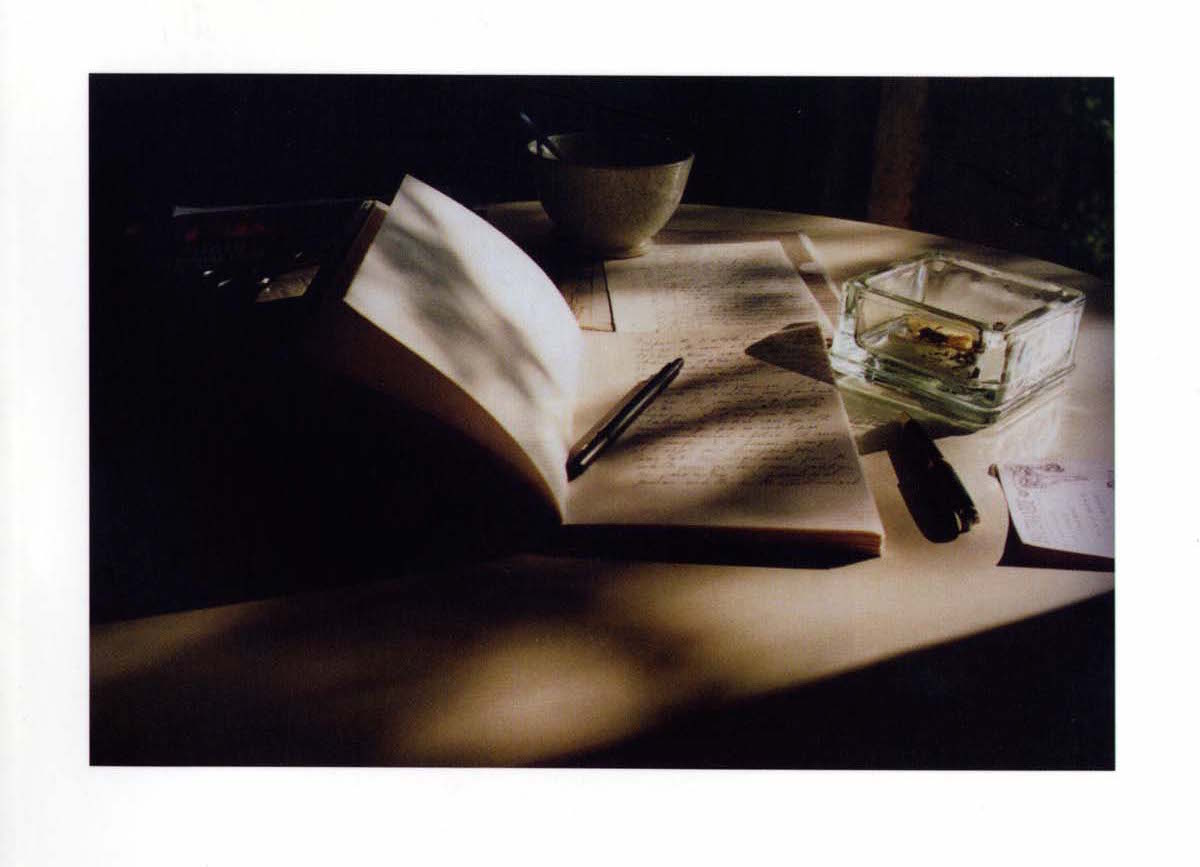