A new CBS drama premiering May 21, Blood & Treasure, promises “rollicking action” as we watch “a brilliant antiquities expert and a cunning art thief who team up to catch a ruthless terrorist who funds his attacks through stolen treasure.” It sounds like the type of story I spent a few years telling.

From the beginning of the current conflict, satellite photographs showed more and more holes cratering the surface of Syria’s thousands of archeological sites. Looters dug in search of the jewelry, sculpture, coins, and the other things the ancients freighted their dead with for use in the next world: treasures to sell to eager international buyers. Although seemed like anyone with a shovel was digging — civilians, rebels, regime forces, no one besides Syrians and archeologists much cared until it became clear that the Islamic State was making money from some of the looting.

I, like many other scholars of the ancient world, made the most of the connection between antiquities looting and terrorism. We must save the past if we want to save the present, we explained. And our story was eagerly taken up. In 2014, then Secretary of State John Kerry gave a speech at the Metropolitan Museum, claiming that the Islamic State had “put our shared cultural heritage in the gun sights” and “the civilized world must take a stand.” Hours later, the first US airstrikes on Islamic State targets began. As if we were sending cruise missiles to avenge antiquities. As if those who threaten our treasure must pay in blood.

I thought that connecting terrorism with looting was just a rhetorical flourish. A way of getting people to care about a problem, like a personal trainer exhorting a client to think about bikini season instead of giving yet another unheeded lecture about the health benefits of working out. But watching Blood & Treasure, I see that that you can’t tell a story about blood or treasure without certain messages creeping in along with your metaphors.

In Blood & Treasure, terrorists steal the (imaginary) golden sarcophagus of Cleopatra from an (imaginary) chamber within Egypt’s Great Pyramid. We are indeed looting and destroying our past, all over the world and at an increasing rate. But terrorism has little to do with most of this destruction.

People in poor countries loot archeological sites to make some money by finding treasure for wealthy collectors. This leads to immense destruction. Looters in Central America might smash an ancient Mayan tomb and rip apart the textiles covering its bodies, all to obtain a few golden beads for the market. Nor is looting the only danger. Antiquities are also often collateral damage in development projects. Thus, a 5,000 year old Buddhist city in Afghanistan might vanish because it has the misfortune of sitting atop a massive copper deposit. In Blood & Treasure, the terrorists blow up the Pyramid as they flee. In real life, we destroy ancient pyramids when we need some gravel for a road-building project.

The destruction of the past is constant and overwhelming. It is a problem with many causes and few clear solutions. It is a story that is hard to tell. No wonder, then, that Blood & Treasure tells the simpler and more attractive story of a treasure hunt.

In his Morphology of the Folktale, Vladimir Propp boiled down fairy tales to show that they are really the same story, told over and over again with varying details. The hero defeats the villain and brings home a treasure that benefits both himself and his home community. We’ve heard this story so many times that we can fill in the rest when we hear just a few elements. When Blood & Treasure shows a hero in search of treasure, we know how the story goes.

The treasure in fairy tales is beautiful. In Blood & Treasure, the stolen sarcophagus is sculpted in exquisite gold relief. (It looks quite similar to a looted ancient sarcophagus the Metropolitan Museum recently returned to Egypt, claiming it was fooled by phony paperwork purporting to show it was legally exported.) But the majority of objects that survive from the ancient world are artifacts rather than treasure.

Scholars seeking data about ancient disease, ecology, and society analyze artifacts like bones found inside of sarcophagi, residues of long-ago meals carbonized to pots, and fragments of organic material mixed into in the ballast of ancient shipwrecks. In other words: trash. Think about your own life: would someone learn more about it from the most beautiful object you own or the type of things you throw away the most?

Blood & Treasure reinforces the idea that what we should care about are the charismatic megafauna of the ancient world — treasures rather than trash. Preferably, portable artistic masterpieces linked to a version of the past important to the West (it’s no accident that the show’s sarcophagus belongs to Cleopatra, with her echoes of Shakespeare and Elizabeth Taylor).

Trash loses its value as soon as it is disturbed. Fragile ancient DNA leaches out of exposed bone or is contaminated by the touch of a looter. The layers of a trash heap are jumbled into meaninglessness. Unless you use exquisite care, artifacts, like organs, die when you cut them out of the earth. By contrast, the beauty of treasure survives looting. The golden sarcophagus will be as lovely in a museum after it is recovered as it was before its little adventure.

Blood & Treasure is a show about recovery. Artifacts cannot be recovered; they need to be protected. There have been a few attempts to tell stories about the protection of antiquities (Libyans guarding ancient Roman cities; librarians secreting away manuscripts in Timbuktu), but protection is boring. No one wants to hear about the years Smaug spent sitting around on his treasure in anticipation of a hobbit-thief. No one is making a network TV series about micro-lenders installing bathrooms at archeological sites in Peru so that tourist buses will stop there and let the locals make a living selling handicrafts instead of looting, even though that’s one of the more effective ways of stopping looting. Blood & Treasure may be a good treasure hunt story, but chasing down looted treasure does little to protect ancient artifacts without market value.

So that’s the treasure. What about the blood? Blood & Treasure’s trailers don’t reveal the target of the attack its terrorist, Karim Farouk (Oded Fehr), is planning. The victim we do see is the American female archeologist, whom Farouk kidnapped as he stole the sarcophagus. The blood we are supposed to care about is American. In the same way, behind all the news reports on the Islamic State’s profiting from antiquities was the fear that they would grow rich enough to come after us.

Looting does kill — just not Americans. For example, looters often employ the slender bodies of children to explore tomb shafts in Egypt, and many of these children die in cave-ins or other accidents.

Blood & Treasure’s star, the antiquities expert Danny McNamara (Matt Barr), is a handsome, blonde American do-gooder. He teams up with a devious Egyptian thief, the beautiful Lexi Vaziri (Sofia Pernas), who will “think like a criminal” to help him locate the sarcophagus. Despite McNamara’s pleas about the importance of the sarcophagus as a symbol of her country, Vaziri agrees to cooperate only under threat of imprisonment. In the world of Blood & Treasure, the past has a white, Western savior. The citizen of the country that legally owns the treasure is a criminal who cannot perceive its value.

The show’s vision of the source of the threat is also deeply problematic. “Terrorist” is a vague term. One of the only useful ways to define it is as someone who is not us. But in antiquities looting, the enemy is (also) us. The same governments who promise to protect the past in other parts of the globe often neglect it at home. The looting of Native American sites located on public lands in the American Southwest is ongoing with hardly any meaningful prevention.

The same contrast between principles and actions goes for many cultural institutions. For example, the critic and textual scholar Michael Press has pointed out the hypocrisy in the way the Metropolitan Museum’s new exhibition, The World between Empires: Art and Identity in the Ancient Middle East, deplores Islamic State looting in the region’s archeological sites without acknowledging that many of the objects on display were purchased by American museums after being looted and smuggled out of what is now Syria or Iraq. To be sure, the looting that furnished the Metropolitan Museum’s collection happened a hundred years ago — but the market that encourages looting is the same now as it was then.

CBS is probably hoping that Blood & Treasure will be the next Indiana Jones. Those movies did inspire the career paths of many current archeologists — but those same scholars now call Indy more of a “loot and scoot” operator rather than a proper archeologist. Indy wanted the treasure, not the trash.

If a problem is too big to solve by yourself, you have to tell stories to entice other people into helping you. I used to think the story I told wasn’t important as long as it got attention. Now I see that the story shapes the attention. The story about the problem can become the problem.

Erin L. Thompson is a professor of art crime at the John Jay College of Criminal Justice of the City University of New York. Her book, Possession: The Curious History of Private Collectors (Yale, 2016), looks at the reasons people collect antiquities, and her essays have appeared in The New York Times, The Nation, The Paris Review Daily, The Kenyon Review, and others. For more, find her at www.artcrimeprof.com and on Twitter @artcrimeprof. 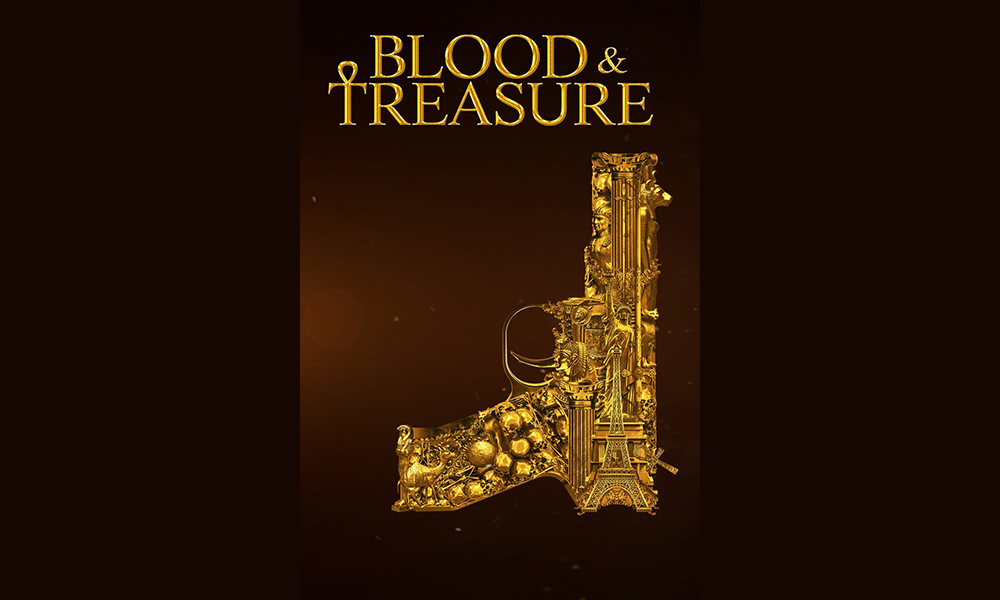