Mitski, one of the emerging and indispensable voices in indie rock, keeps walking out of her own videos. Already with two sleeper-hit records, Bury Me At Makeout Creek and Puberty 2, Mitski — the stage name of Mitski Miyawaki — readies her fifth studio album, Be the Cowboy, for release this August on Dead Oceans. So what is she walking away from?

In both “Your Best American Girl,” the chunky and awesome lead single from 2016 LP Puberty 2, and “Nobody,” the glittering disco-buffet from forthcoming LP Be the Cowboy, Miyawaki walks off set while the camera lingers. We see the studio where the crew shot the video. In “Your Best American Girl” Mitski walks out of the soundstage door altogether; in “Nobody,” she wryly sits in a director’s chair emblazoned with “Nobody.” It was all a fantasy — the narrative spell breaks.

Modern viewers might find themselves both accustomed and inured to metanarrative moves in popular art. Zack Morris calls “time out;” Jim Halpert looks dead-pan into the camera with arching eyebrows; Cusack stares at the audience quipping, “What came first, the music or the misery?” Reminding the audience they’re an audience, that the production is production, is no new move. But unlike these white male narrators, breaking the fourth wall only to produce a vague frisson of subversiveness, Mitski’s use of metanarrative in her music videos emerges as markedly different — something more akin to Bertolt Brecht’s theory of alienation in epic theater. Mitski’s work aspires not merely to inhabit or survive the world, she hopes to change it.

An early 20th century German playwright, poet, and theorist, Brecht argued for the transformative socio-political power of art. His most famous contribution to modern theater is the theory that for theater to serve a social or political purpose, it must remind the viewer of its fiction and construction. Brecht observed traditional theater as serving a bourgeois function — suspending disbelief so successfully, the viewer would be moved to empathy, remaining unchanged. When theater mimicked reality or suspended disbelief so completely, Brecht contended the audience would “submit to an experience uncritically (and without practical consequences) by means of simple empathy with the characters in a play.” In these circumstances, Brecht theorized the audience would remark, “Yes, I have felt like that too just like me — It’s only natural — It’ll never change — The sufferings of this man appall me, because they are inescapable.”

Empathy in theater presented a problem for Brecht. It was emotive and fleeting. Audiences left the theater reassured, not moved. By contrast, Brecht’s plays reminded the audience of artifice, dislodging viewers from their comfort and producing a sense of complicity, what he famously called, “alienation.” Of “epic” theater, he argued “the stage began to tell a story” and “the narrator was no longer missing, along with the fourth wall.” In this environment theater produced a questioning and critical audience, not an empathic one. Brecht theorized: “the production took the subject matter and the incidents shown and put them through a process of alienation: the alienation that is necessary to all understanding.  When something seems ‘the most obvious thing in the world’ it means that any attempt to understand the world has been given up.” If art could jar audiences from the comfort of a fantasy world, the performance might produce more critical viewers.

Mitski’s visual and sonic work aims to both describe the world and alter the viewer. At least part of Mitski’s talent as a songwriter involves navigation of the particular and the universal. Some of her work deals in explicitly identitarian terms; a woman of color making art in a predominantly white industry, Mitski musically comes to grips with the pain of racialized consciousness alongside more generic anthems of romantic loss.

For white audiences, Mitski’s articulation of the jilt and self-consciousness that comes from rejection may suggest a pathway to empathizing with the position of a racialized other. But as Brecht suggested, mere empathy presents a block, not a portal. White audiences need more than empathy to answer the questions she poses. For people of color, Mitski’s music about self-acceptance in a world built to make her feel less than whole may emerge as a cypher and a map. I see you; it hurts; I know; you’ll make it, she seems to say. The political and artistic exist coterminously in her work. How does one make peace with a world that does not love you in the way that it should? How does one learn to love oneself? Navigating these tensions involves both accepting the self and changing the world.

We see Brecht’s theory of alienation and Mitski’s politics most clearly in the video for 2016 single “Your Best American Girl.” Directed by Zia Anger, the video deals in stark colors on a white sound-stage. Mitski makes eyes with a conventionally-attractive white boy, before the male lead turns his attention to a similarly Eurocentric woman. Mitski stares into her hand, mimicking a mirror, as the song’s first chorus hits. Mitski sings, “Your mother wouldn’t approve of how my mother raised me / But I do, I think I do / And you’re an all-American /I  guess I couldn’t help trying to be your best American girl.” Mitski draws on the double-consciousness race theory of Du Bois and Franz Fanon — she sees whiteness as dominating social norms and mores, seeing herself through a lens of inferiority.

The “Your Best American Girl” video hinges on Mitski accepting herself — dramatized through a corporeal and graphic make-out session with her hand. She rocks, ripping her guitar through the power chords of the song, as Zia Anger intersperses these performance shots with footage of the white couple making out, wrapped in an American flag, in a dark and hilarious send-up of self-congratulatory Eurocentric beauty. As viewers, we empathize with her as the jilted lover; we empathize with her as an Asian woman caught a network of socially constructed power structures. Yet, Brecht would argue, viewers know about racism already — for the politics of the video to work, Mitski must alienate us.

Mitski and Anger turn Brechtian in the video’s final shot, as Mitski puts down her guitar and the camera follows her off set as she walks out of the soundstage. In this new context the white space of the set reads, symbolically, as the entrapment white reality, logics, and standards of beauty. When Mitski rejects the artifice of the soundstage, she concurrently rejects the white system of reality. Brecht argues this metanarrative move takes the politics of Mitski’s the performer — where we might only empathize with her — and makes her Mitski, the person, entering the world anew. She confronts viewers with her humanity outside of the performance space. The line between performance and reality fractures, and we see her entering our reality. White viewers must confront her truth more critically, and people of color may well see the empowerment to be found in rejecting the logic and demands of whiteness. This artistic world is dynamic, not static, critical, not passive. The world outside becomes a changeable thing.

In the video for “Nobody” again Mitski points her artistic lens at the struggle for self-acceptance. The racial politics may well be a bit more muted, but the reference points are similar. The video, directed this time by Christopher Good, shows Mitski inhabiting a surreal world of color, object, and erasure. Mitski’s bedroom becomes a funhouse of horrors: she received an anonymous love note and painting of her. The plot involves Mitski finding the anonymous artist — here used as a metaphor for Mitski’s search for validation in the gaze of another. She finds the artist’s house, only to discover the artist has a digital reproduction of her own face. The video ends with Mistki strolling, sort of dumbfounded, from the bedroom set and sitting in the Director’s Chair.

The Brechtian implications involve Mitski moving from performer to director in the fracturing of the fourth wall. Audiences may well empathize with her while she searches for love in plot of “Nobody,” but in the Brechtian notion of alienation, the audience finds itself provoked by Mitski as the artist in control of her art in the end. She leaves the role of performer and becomes the real artist. The paradox in “Nobody” lies in Mitski’s twined self-actualization and loneliness. Like the final moments of “Your Best American Girl,” Mitski breaks the fourth wall as a real and empowered artist, but she either sits or leaves alone.

To apply the Brechtian theory, viewers are not trapped by their empathy with her. One must confront that even in her self-acceptance, isolation and dislocation leave the studio with her. This sadness is not just in the music or the performance, it weaves itself into the fabric of the real world. If we care about the Mitski who walks off stage and out of the video, then we must confront the circumstances and logics that produced the isolation — admitting these circumstances are changeable by us, not permanent social conditions.

In our alienation from her as a performance subject, Mitski draws viewers critically to her subject matter and all the vexing questions contained therein. How do we divorce ourselves from Eurocentric standards of beauty? How do women divorce themselves from patriarchal and hierarchical notions of companionship and the affirmation that comes from another? How does one find self-acceptance in a world built to produce shame in certain communities and people? We might, for instance, hear her album title, Be the Cowboy in a new way — a lonesome, pointed subversion of patriarchy, whiteness, and colonization. When Mitski walks out of her videos, these questions — and the viewer themselves — must walk out, too. The answers lie outside with her. 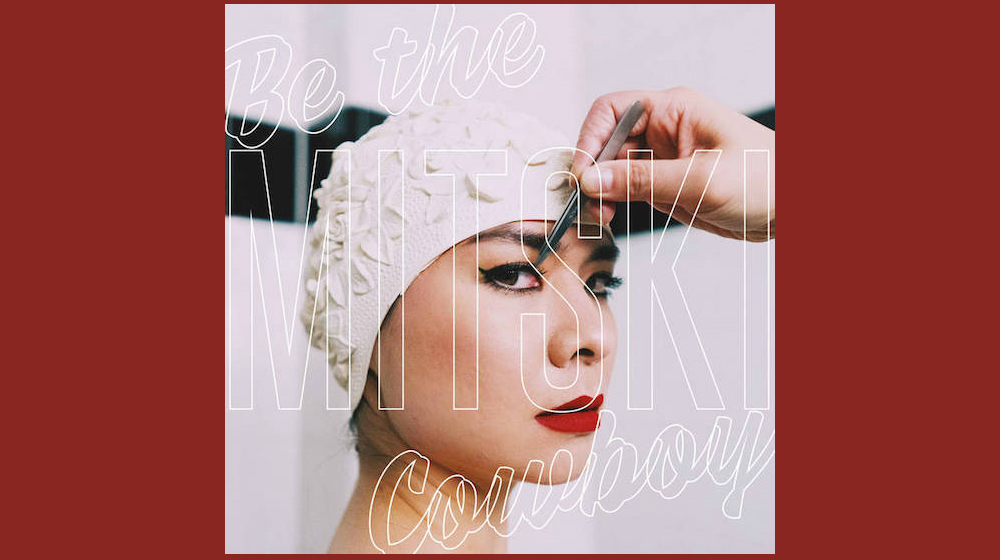