At the very beginning of Steven Soderbergh’s new Netflix film High Flying Bird, the film’s star, agent Ray Burke (Andre Holland), tells recent signee and number one draft pick Erick Scott (Melvin Gregg): “The league is a business.” A business, it becomes clear, that exploits African American players for the benefit of a largely white ownership class. This matter of fact statement, in the context of a narrative of Black athletic subordination to white capital, sets the tone for a film that appears at first glance to be a call for NBA players — notably Black NBA players — to seize the means of production.

Soderbergh and screenwriter Tarell Alvin McCrane imagine a fictional six-month lockout during which players, squeezed by the owners in the pursuit of ever more revenue, come to understand the capitalistically unreproducible nature of their exceptional labor — that they can serve it up direct to fans through digital media as basic as YouTube and reap their just rewards. That’s the key, right? Players like Erick are shut out of most of the league’s revenue, particularly in their initial contracts, and regardless, are less well-off than they appear, given the systemic conditions that perpetually disperse wealth in the aggregate towards (a fragment of) white America and debt to their racialized counterparts. If players can achieve class consciousness and recognize the power of their labor, the dollars will start to flow in a fairer and more equitable direction. Problem solved. The trouble is, that’s not actually what High Flying Bird is about at all.

High Flying Bird is a film about unfreedom and alienation in contemporary US racial capitalism. Put crassly, the problem with capitalism is not just who gets the cash. Rather, it is that human experiences and social relations are distorted and instrumentalized — that is, alienated — according to the logic that all is incidental next to the production of value. This is what Ray actually means in the scene cited above. After Ray makes his claim that the league is a business, Erick responds, “It’s all business?” And then Ray repeats, “Yes, Erick, business. We are in business.” I don’t think it is reading too much to suggest that the particular syntax and diction here matters. Ray says “we are in business” rather than “this is a business” because he is gesturing to the way in which the business of sport subsumes its participants. Yet, to be “in” also suggests that there is a way out. And that’s what this film is all about.

Ray masterminds a one-on-one game between Erick and teammate Jamero Umber at a charity event for young Black players in the Bronx organized by his old friend Coach Spence (Bill Duke). The game is recorded by the kids and explodes online with more than 20 million views, opening up the possibility that players could profit without the contributions and constraints of meddling and paternalistic owners. And, indeed, Ray organizes a meeting with Netflix, implying that this might actually be his ultimate vision and that of the film.

But, Ray understands that this is just a band-aid solution to the problem of capitalist estrangement for the players he represents. In fact, capitalism and slavery are connected in the film as a broad historical continuum constraining Blackness in America. Freedom and unfreedom are at the core of this film, replete as it is with invocations of slavery, including the requirement of Coach Spence that any time the term is mentioned, the speaker must recite, “I love the Lord and all his Black people.”

Thus, given this frame, whether or not the green finds its way into player pockets without the exploitative mediation of a white capitalist ownership class, the pursuit of profit still shapes the very nature of work and play in dehumanizing ways. As long as profit is centered, regardless of who reaps it, dehumanization is inevitable, for all human activity is reduced to a means to that end. Here is where we have to be attentive to the specific outcome of the one-on-one game between Erick and Jamero, so central to the film’s re-imagination of elite sport: Ray stops the game as a tie. What matters is the pleasure of the game itself, not the instrumental and competitive capitalist logic of winners and losers. Sport can be something different, and Ray knows it. Play for the sake of play and satisfaction in the competitive travesty of a tie are ontological challenges to capitalism as a way of organizing human life.

The great South American anti-imperialist critic Eduardo Galeano wrote in Soccer in Sun and Shadow about how, within capitalist relations, soccer has been perverted into “soccer for watching. And that spectacle has become one of the most profitable businesses in the world, organized not for play but rather to impede it.” And yet, for Galeano, when play was inserted back into the game, it could also be a recipe for resistance to alienation: “Luckily, on the field you can still see, even if only once in a long while, some insolent rascal who sets aside the script and commits the blunder of dribbling past the entire opposing side… all for the carnal delight of embracing the forbidden adventure of freedom.”

That is the real radical vision of High Flying Bird: an iteration of sport liberated from the instrumental and technocratic chains of capitalist relations. Ray’s ultimate vision is implied by the persistent references to the unfreedom of American slavery and the gesture to sociologist of sport Harry Edwards at the end of the film. The Revolt of the Black Athlete, the text Ray tells Erick to open when the time is right, is not just a revolt against the owners’ monopoly on the means of production and the profit it yields; the real revolution is against what Edwards called in that book the treatment of the Black player as “an athletic commodity.” Commodification is ultimately objectification, a new form of unfreedom. Coach Spence tells Ray: “Look, there’s a reason why the NBA started integrating as the Harlem Globetrotters exhibitions started goin’ international. Control. They wanted the control of the game we play, we played better. They invented a game… on top of a game.” The juxtaposition of the Globetrotters — emblematic of pleasure and play — to the hierarchical, mechanistic, profit-hungry NBA is vital. This is the imposition of whiteness and capitalism “on top of” a liberatory cultural practice. The refrain of “play” and “game” further signifies the corruption of capitalist white supremacy.

The vision afforded by the film, on the contrary, is of subjectification. It is not a rejection of athletic spectacle, but rather a utopian plea for a new relationship between spectator and athlete that liberates both. (We see a glimmer of this possibility with the perpetually dancing kids from Coach Spence’s event, who exult in the one-on-one between Erick and Jamero and remix it into their own form of pleasure and play: meme-able dance videos that elicit the only spontaneously pleasurable response from Ray in the whole film).

I called this vision utopian, but in fact that is wrong. I know, because what the film suggests is a fantastical vanishing point — an alternative form of sport centered around the humane and face-to-face embrace of athlete and spectator that can offer freedom rather than subjugation to Black America — is in fact a recent historical reality. As I discuss in my recent book Game Misconduct: Injury, Fandom, and the Business of Sport, during the 2011 NBA lockout, which delayed the start of that year’s NBA calendar by one and a half months and shrunk the season by sixteen games (thus compressing the season into an even more instrumental and dehumanizing physical sacrifice than it typically is), games were organized by NBA players in Black communities around the country in small arenas and on playground courts that collapsed the mediated relationship between fan and player. These events were more party than commodified spectacle. As Andrew Sharp describes,

Vendors hawked mixtapes and Len Bias t-shirts in the aisles of the grandstand, teenagers sold homemade food on the baseline, and everyone froze every few minutes with the latest jaw-dropping dunk. Security was minimal if not invisible, but it never mattered. Maybe out of respect for Rawls [a local organizer] or just respect for the event itself, nobody abused the privilege that came with being ten feet away from NBA superstars for two hours. Or maybe nobody wanted to risk getting kicked out, missing out on their chance to see the spectacle first hand. In any case, the community event showcased a community that used basketball as an excuse to come out and party together peacefully.

The impact was not just experienced by spectators. For the players, too, these events provided a window into the pleasure and play that could define sport and social relations beyond capitalism. None less than Kevin Durant explained why he was participating: “I just want to hoop… I do it for everybody back here that really don’t get a chance to see me that much. I just want to break the barrier.” Later, after scoring 66 points in a game at Rucker Park, Durant was mobbed by fans. He described the experience: “It was unbelievable, man… Just a great atmosphere, people showed me so much love.”

This is stark contrast to Ray’s cynical appraisal of capitalist sport, that “the league is a business.” Like Galeano, Durant has seen that sport can be something other than — beyond — business. The revolt of the Black athlete demanded by High Flying Bird is the universalization of Durant’s experience. It is not the expropriation of the NBA; it is the abolition of commercial sport and alienated fandom.

Is that a realistic dream to indulge in late capitalist America? For Edwards and Soderbergh alike, the answer may actually be yes. It is precisely the power, influence, and privilege of professional athletes among all proletarians that affords them the platform for meaningful resistance. Of course, that will require sacrifice that cannot be neatly appropriated by a Nike ad campaign. Is it worth it? I leave the verdict to Kevin Durant. In his recollection of that Rucker Park game, he ultimately concluded: “It was one of the best moments of my life.” That strikes me as the language of liberation. 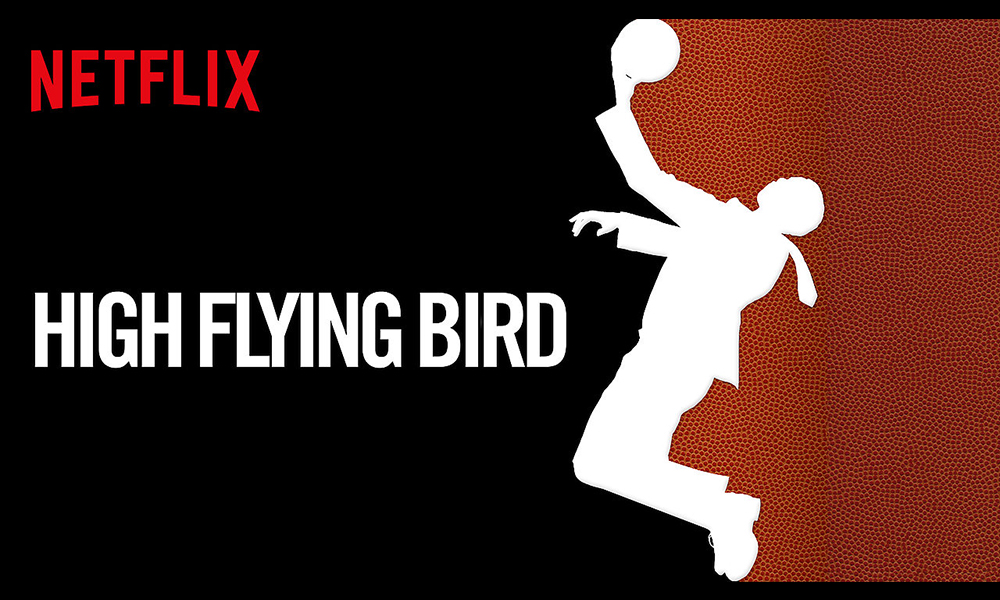