In the final shot of Yorgos Lanthimos’s film The Favourite, Emma Stone and Olivia Colman’s faces are superimposed, slowly fading over one another. Abigail (Emma Stone), the innocent-turned-malicious ingénue, has her fingers lazily, apathetically inside the Queen Anne (Olivia Colman). Colman’s expression of weary ecstasy matches Stone’s of boredom — perhaps even of shame. The image of the two women’s faces superimposed is familiar, calling to mind mawkish movie posters and romance paperbacks that might feature a ménage-à-trois. These final frames suggest that two women are becoming one, mirroring one another, or merging personalities. The superimposition begins to conflate the identities of the Queen and Abigail, and indicates Abigail’s assumption of her cousin Sarah Churchill’s (Rachel Weisz) role as the Queen’s (quite literally) right-hand man. With this culminating scene, as with the entirety of the film, Lanthimos wades into precarious territory, in terms of what is being suggested about queerness between women, ending up with a rote depiction of women that is not initially apparent, obscured by the pleasing visuals.

The Favourite focuses on a strained, quasi-Sapphic dynamic between Abigail, Sarah, and Queen Anne, each based on a historical figure. Queen Anne is daft and pathetic, bloated with power but without desire to do anything with it, making her an easy target for her power-hungry ladies in waiting. Sarah acts as the Queen’s primary aide, waiting on her hand and foot. Because of the Queen’s various bodily afflictions, she is often bedridden, leaving Sarah to act as her political mastermind. Anne is almost wholly removed from the political life of her country; Sarah has to remind her: “We are still at war.” “Oh. I did not know that,” the Queen replies. Then there’s Abigail, Sarah’s cousin from the country who has come to seek work in the court. The conflict between the three begins when seemingly-naïve Abigail slowly reveals herself to be megalomanical. Once Abigail figures out that it is sexual favors that keep her cousin in the Queen’s confidence, she makes her way into the royal bedchamber, eventually taking over her cousin’s role in court — and by proxy, the Queen’s.

This is a familiar “love triangle,” one that, rather than surrounding love or desire, surrounds power, fame, money, beauty — things that the women want to obtain rather than one another. We’ve seen countless women on screen use their youth and sexuality to steal power from other women, from All About Eve (1950) to Persona (1966) to Black Swan (2010) and even in last year’s Suspiria. This type of conflict between women is nothing revolutionary.

The lazy portrayal of women having sex with women as seeing themselves in one another — thus engaging in an ultimate act of narcissism — reveals the insidious misogyny that permeates stories about queer characters. Lesbianism has often been pathologized, used to suggest a woman’s psychological decline — that any woman who has sex with another woman must have fully lost her mind. Take Ingmar Bergman’s Persona (1966), in which two women — a nurse and her patient who has just suffered a psychological break, causing her to be unable to speak  — experience a strange convergence of selves. There are suggestions of sex, but they are never explicit, and never about desire. At the climax of the film’s psychological drama, the two women’s faces are merged together, as the two frames of film meld. Lanthimos’s final image of Colman and Stone’s faces borrows from Bergman’s iconic shot, implying similarly that sex between women disconnects them from themselves rather than connecting them to one another beyond the idea of mirroring or merging.

Queer desire is too heavy a subject for Lanthimos to take on in this film, so it is avoided altogether. The queer sex is solely transactional, another responsibility of the lady in waiting, “to rub the leg” of the queen in exchange for a boost of power. It’s true that sex can be about such things — power, exchange, narcissism — but as I watched the film I wondered: why can’t it be about desire? And if it wasn’t going to be even slightly about queer desire, then what is the reason for the characters’ queerness in the first place?

In a recent essay about the film featured in LARB, David Marno writes, “It focuses on a love and power triangle involving three women, and passes the Bechdel test with flying color — here it is men who spend most of their on-screen time talking about women in power, often while touching themselves or stroking penile objects that range from a walking stick to a goose’s neck.” Though the male characters are peripheral, and somewhat ridiculous, this movie still suffers from and appeals to the oppressive, ever-lingering male — or perhaps just generally heterosexual — gaze. But not the old gaze of the man who gets off watching two straight actresses touch tongue, but the gaze of the woke man, congratulating himself on enjoying a movie with three female leads where male characters occupy the sidelines for once.

Lanthimos is kidding himself if he expects credit for injecting some queerness into mainstream film. He merely dresses up a familiar narrative in a queer guise with Emma Stone, America’s incredibly bland, incredibly straight sweetheart, at the center. Queerness in The Favourite becomes an afterthought, and at times nearly the butt of the joke. Sex is more a mode of women connecting themselves to power rather than to one another. That old chestnut? What seems to be Lanthimos’s attempt to create complex female characters falls short — rather we have three lazily-constructed stereotypes, nothing more than a depiction of women we have seen many times over — using sex in exchange for power. Had there been some queering, authentic queering, of this narrative, perhaps we would have a film worthy of the praise that this one has been receiving. 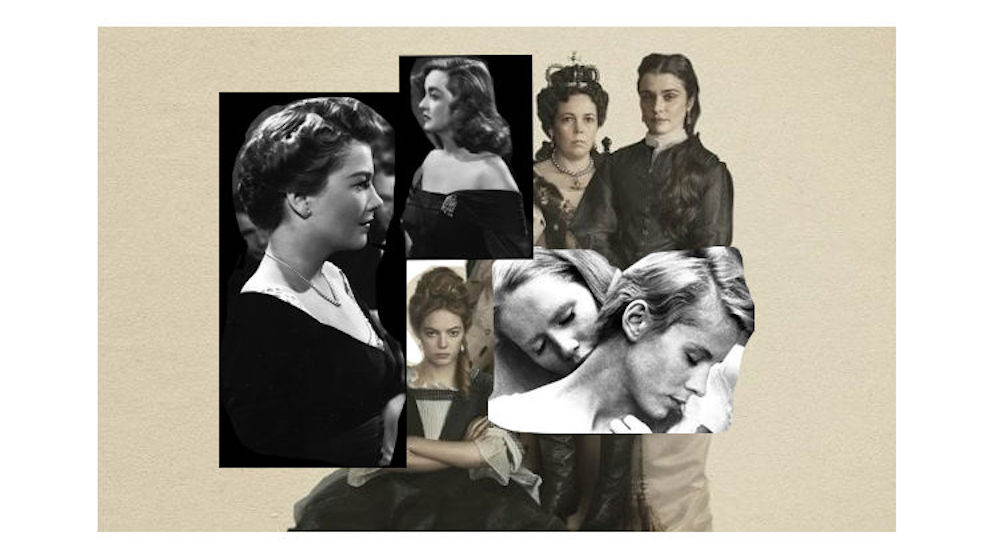