Loneliness kills. And, in one of the very few examples where trickle-down supply actually works, loneliness trickles down the hill of vulnerability to hurt those least able to defend themselves.

A Natural, the new novel by Ross Raisin, illustrates the sharp point of trickle-down loneliness perfectly, with a studied tale of how isolation and rejection works in an intimate setting, even within the confines of apparent success and teamwork. In doing so, the novel explores something that the Las Vegas shooting and the #MeToo movement both expose: our current dearth of empathy, which enables violence on both a mass and a personal scale.

In A Natural, Raisin — a former London Sunday Times Young Writer of the Year — tracks the first year away from home for Tom Pearson, a closeted gay British soccer player. In the process, Raisin shows both how modern capitalist culture encourages a professional mobility that is personally isolating and how the Internet can disrupt social ties and friendship. The isolation of the novel’s main characters is thrown into sharper relief by their occasional, happy connection with others.

At its best, sport highlights life. The dramas of sports seasons shine a spotlight on the everyday work life of sportsmen and their clubs. The scrutiny of adoring fans makes it all matter more. If Raisin’s protagonist Tom Pearson — and his teammate Chris Easter — can be so heartbreakingly lonely in the middle of a tight knit squad of athletes, surrounded by thousands of mostly adoring fans, what hope has the average Jane or Joe?

The most sympathetic character in A Natural is Liam, a former goalkeeper whose own sexuality has, indirectly it seems, caused him to give up the game and become a groundskeeper. Profoundly caring for the literal grassroots of the soccer club as well as its members, Liam is the ultimate victim of the events that befall Chris, Leah, and his lover Tom — the other three main characters in the book.

Liam’s tragedy is that, after overcoming most of his own difficulties with the help of his friends and family, other people lash out at him in response to their own dramas, leaving him rootless. The most obvious cause of distress is Chris, a former teammate of Liam. Unable to deal with marriage, fatherhood, a move away from his hometown to a bigger team, and, most crucially, an injury, Chris spends most of his time in his room in front of his computer trolling soccer message boards.

Feeling a need to distract himself from his own social and professional shortcomings, he anonymously plants a rumor that there is a gay player on the team. In using a message board dedicated to his own club he betrays the trust of his wife, Leah — a childhood friend of Liam — who had confided in him.

Tom, living in the closet and wary of opening up to anyone about anything, is enormously vulnerable. Moving away from home for the first time, having a relationship, feeling the threat of people knowing about the relationship, getting injured — all of these potential disasters thrust him into a pathologically silent space. In fact, the only relationship that remains constant throughout the book is between Tom and his cactus collection. The cacti are a brutally apt metaphor for the prickliness and obduracy that Tom feels he needs to maintain.

Our culture discourages empathy. Its shaming of expressive boys and men is grimly illustrated in the 2015 documentary The Mask You Live In. Intolerant sports milieus and the so-called “alt-right” (misogynists and racists) show how frightened their members are of feeling connected to others. The term of abuse “Snowflake” is most often leveled at those whose commitment to understanding others threatens the trolls who use it. These trolls, you see, are also victims of their loneliness, surviving on a shared distance maintained by the hate they can generate over social media.

At a more general level, the set of notions associated with the phrase “boys don’t cry” are designed to block off empathy during the formative years of a boy’s life. Whatever provoked Stephen Paddock in Las Vegas, surely his pathological outburst was exacerbated by a drastic weakening of social ties. Because the pathologies aren’t going away anytime soon, it’s those social ties that we need to look at to strengthen.

To my mind, one of the strongest essays in the aftermath of Vegas was written by Charlie Hoehn. In it he tackles the question of how human beings, mostly men, can do such things to other human beings. He’s talking about the shooting, but I think the explanation extends to sexual predation. His answer: a toxic masculine culture, where machismo repels empathy, has caused an epidemic of isolation. Just like Tom Pearson in A Natural, “Men in the United States are chronically lonely.” 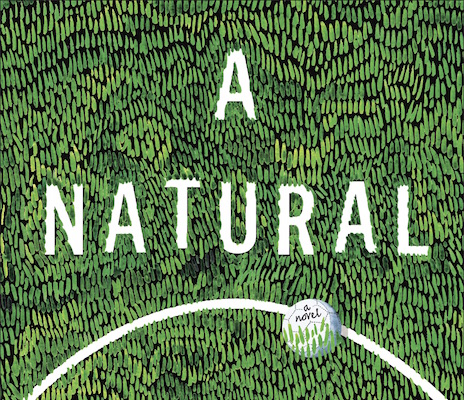