Despite an early meteoric rise in her art career, life has stagnated for artist Cooper Gosling, the main character of Ashley Shelby’s South Pole Station. Cooper is an emotionally and inspirationally stuck 30-year-old single woman, wandering between menial jobs, with her brother’s mysterious suicide weighing heavily on her mind; she desperately needs a change of scenery. She applies for a fully-funded arts fellowship with the National Science Foundation to travel to the South Pole, and by some stroke of luck, she gets it. It is with great eagerness that she accepts, sensing that this could be her last chance to prove her artistic talent, and to move on with her life. But it isn’t the unfamiliar landscape of the South Pole that challenges and transforms Cooper, it’s the people she meets there.

Cooper’s father is an armchair explorer, whose bedtime reading for his kids consisted exclusively of adventure stories. Cooper’s brother was obsessed with The Worst Journey in the World, and carried it with him everywhere. The literary epic is one lens through which Cooper compares herself, finding her own life far less adventurous than the heroic journeys from her father’s books. The fictional — even hallucinatory — Antarctic from stories of Cooper’s past masterfully colors the entire book. What transpires instead is a decidedly non-adventure story full of wit, intriguing character development, and exploration into what drives us.

Upon arriving at the South Pole, we are introduced to a colorful cast of characters. Despite having no indigenous population, the South Pole residents have developed a unique set of local customs that Shelby believably details. Cooper must navigate the rigid castes between “Beakers,” or scientists, and the “Nailheads,” who are the construction workers keeping the whole operation running. It becomes clear early on that the artists belong in an awkward third class within which Cooper refuses to be relegated.

While the novel is successful for it’s fantastic character development, Cooper was unfortunately the only believable arts fellow, the rest were a backdrop of stereotypes of the quirky artist. Conversely, Shelby has clearly heavily researched climate science and astrophysics to create a highly believable and captivating story while not feeling labored at all. It is when the plot centers around scientific debate that Shelby’s writing is at its best.

Shelby’s main narrative tension centers around the controversial arrival of scientist and climate change-denier Frank Pavano. Especially outraged is Sal Brennan, an astrophysicist studying the origins of the universe, who considers Frank’s presence at the South Pole as “a sign of end times,” pointing out that, due to Frank’s admission, “‘somewhere a real climate scientist did not get his grant approved.”’

Cooper however is more generous, and it is through her inquisitive nature that we learn more about both Sal and Frank; especially their inner-lives informing their work. What caused Frank’s transformation from a young scientific prodigy, to a climate change-denying scientist relying on shaky science and even more questionable funding? How did Sal end up as one of the few astrophysicists subscribing to a fringe model of the universe, while his father is one of the most famous proponents of the counter theory? Handsome and smooth, Sal is Frank’s opposite and Cooper’s immediate love interest, (or “ice-wife” to use yet another of Shelby’s great terms) even as Sal’s rigid attachment to hard science creates tension between the two.

Frank draws fierce derision from the other Beakers at every step. Like petty high school cafeteria dynamics, Frank is ostracized from the community, and repeatedly denied access to the equipment promised him. When Pavano commandeers an ice-coring machine he enlists Cooper’s help, she being the only person in Antarctica who treats him with any respect. The resulting grisly industrial accident propels the remote station into international limelight, and very nearly halts all the scientific work being done there, not to mention Cooper’s art practice entirely.

While these characters flocked to the South Pole as an escape from the “real world,” through the accident, the station becomes the highly politicized and bureaucratic space they all fled. In this way, the book becomes a tale of the Anthropocene, our current epoch wherein the whole planet has become defined by human activity. South Pole Station represents the moment when even a region as remote as Antarctica bears the burden of human folly in the form of climate change.

To label South Pole Station as the hip new Climate Fiction would perhaps describe it, but the term limits the conversation. This points to Shelby’s new label, “First Impact Fiction,” which would “describe our shared world as the impacts of runaway climate change begin to make themselves known.” These are the stories of a transitional time where climate change lurks beneath every plot, even as — for many — daily life continues on largely unchanged. Instead of creating dystopian futures where the effects of climate change are more obvious, First Impact Fiction tells familiar stories based in today’s world. Shelby proposes, and I’m inclined to agree, that readers are more able to confront the harsh realities of climate change today without a distancing effect from looking far into the future.

What is so intriguing in South Pole Station, but could easily be missed, is that beneath the controversy that Frank triggers is how the station’s apolitical nature is called into question throughout the entire novel. Notably, the station is run by Veritas Integrated Defense Systems (VIDS), which is a private military defense contractor. Through VIDS’s subtle presence, politics continuously lurks beneath the station’s allegedly neutral mission to advance science. Frank’s arrival only brings that tension to the fore.

Shelby presents us with a nearly postmodern view of the world, where everything is but a subjective construction. While Shelby’s insights into of the psychologies and backstories of the people shepherding the scientific method along make for great literature, ultimately, science is neither faith nor personal. In the end, Shelby’s group of misfits re-exert their autonomy and dedication to their work at the station, becoming unlikely champions for hard science. In this way South Pole Station becomes historical fiction, looking at the early aughts when climate change became topic for discussion, but hadn’t yet fallen into a dithering travesty of inaction, with all sides granted equal airtime. In the age of fake news, Shelby says that, while pure science doesn’t exist, there are still truths to be found; we need good science — and more great literature, I’d add — to get us there. 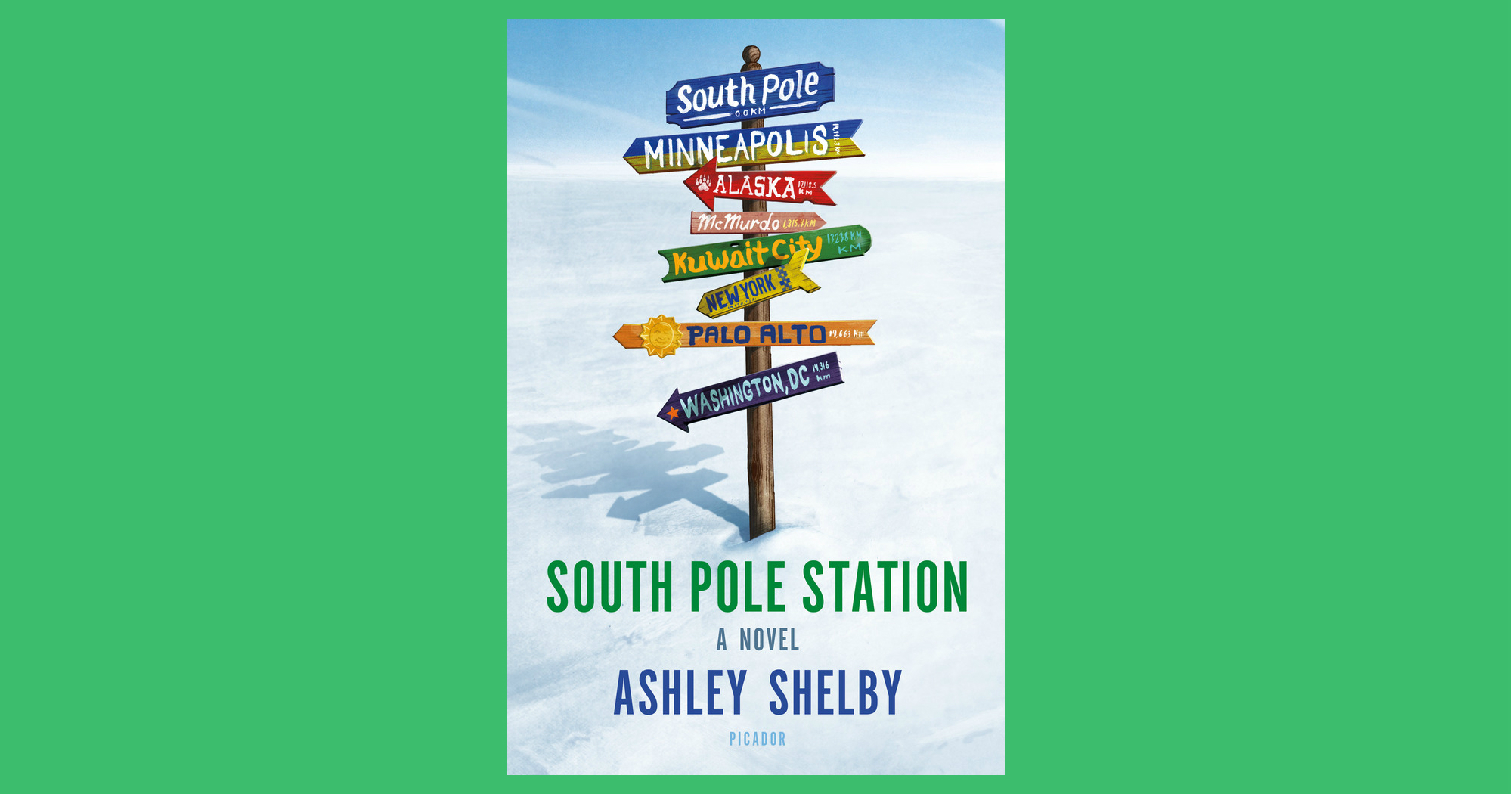